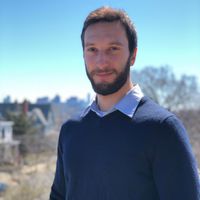 Tech News Reporter
Todd Feathers focuses on artificial intelligence, privacy, and public policy. He started his career as a local newspaper reporter covering the opioid epidemic in Massachusetts, before going on to report about politics and criminal justice in New Hampshire.
our editorial process
Todd Feathers
Social Media View More

With its announcement that it will begin labeling companies credibly accused of racist behavior, Yelp is wading into a style of content moderation that risks being overwhelmed by the challenges large online platforms face around diversity.

The company, which has struggled in the past with fake reviews and accusations of racism on its platform and in its offices, announced the new feature as part of its response to the Black Lives Matter movement. But companies have struggled to be the arbiters of what is or isn’t true—or, in this case, what is or isn’t racist—and apply their labeling systems consistently. Experts warn Yelp’s labelling system, while promising, will face similar challenges.

"All in all, the feature is great, it’s an important step," Evelyn Carter, a social psychologist at Paradigm, a consultancy that has worked on diversity and inclusion efforts at tech companies including Lyft, Spotify, and Slack, told Lifewire.

"But people from marginalized groups—racial minorities, women, people from the LGBTQ-plus community, disabled folks—are not just looking for examples of those overt biases," she said. "I don’t know whether it’s going to capture some of the subtler micro-aggression[s]."

Moving Beyond the Label

Yelp currently monitors business pages for increases in reviews that may be associated with a media report about the business, and has seen a 133 percent increase in those cases so far in 2020.

Yelp VP of User Operations, Noorie Malik, wrote in a blog post announcing the labeling system. Under the new scheme, the company will place a public alert on a business page if it detects evidence of increased posting tied to a potential incident of racism. It will escalate that alert to a "Business Accused of Racist Behavior" badge if the incident can be verified with a news article from a credible outlet. While the alert is in place, reviews on the business' page will be disabled.

One potential pitfall for such a labelling system is that users will assume Yelp is more omniscient than it actually is when it comes to documenting accusations of racism at businesses. People might assume any business not labeled racist is a welcoming environment.

David Rand, a business professor at the MIT Sloan School of Management, documented a similar effect when social media companies began labeling posts that contained fake news. In a study published earlier this year in the journal Management Science, he found that readers were more willing to share false stories without labels if they viewed them alongside posts that were labeled as fake news.

"I don’t know whether it’s going to capture some of the subtler micro-aggression[s]."

In its announcement, Yelp did not explain what mechanism, if any, will exist for companies to appeal the imposition of a racism label, or whether the labels will be removed if a company demonstrates it has taken steps in response to the accusation, such as firing an employee or instituting diversity and inclusion training. That aspect of the system will be crucial to its success, Carter said.

Carter pointed out that Yelp has helped create a free inclusivity training toolkit for businesses, and that its labeling system could be not just content moderation, but an actual improvement opportunity for small businesses, if the reconciliation process included some kind of educational or training requirement.

"That is where I think the real power of this new initiative is," Carter said.

But with the information Yelp has provided so far, it’s not clear how the labelling system will be more effective at its intended purpose than those imposed by Facebook and Twitter for posts containing fake news, which have so far been unsuccessful at their intended purpose of controlling misinformation on the platform.