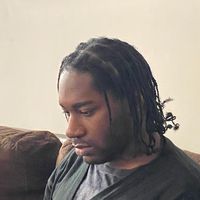 News Editor
Kyree Leary has been a technology and gaming writer for nearly 10 years. His work has appeared on Digital Trends, IGN, Futurism, and more.
our editorial process
Kyree Leary
Gaming View More

Everyone likes Spider-Man; for some people, their preferred Spider-Person is Peter Parker. This was true for me, too, until Miles Morales, an Afro-Latino character, entered the Marvel Universe in 2011. Since then he’s been my Spider-Man.

Over the last few years, Miles has only grown in popularity. People love his comic adventures, his occasional appearances in cartoons, and Into the Spider-Verse might be a perfect movie. So imagine my surprise when Miles showed up at the end of a trailer for Insomniac’s Marvel’s Spider-Man for the PlayStation 4. From that point on, I couldn’t help but wonder what it’d be like for Miles to get his own game.

In a few short weeks, this will be a reality. Earlier this year, Sony and Insomniac announced Marvel’s Spider-Man: Miles Morales, and alongside the reveal trailer, two thoughts crossed my mind:

“Hell yeah, Miles!” and “I hope they don’t screw it up.” Let’s focus on the former, first.

2018’s Marvel’s Spider-Man is an amazing, albeit checklist-y, game. From the opening cutscene to the moment the game gives you control, you feel like Spider-Man and can relate to Peter Parker, specifically his financial troubles. In these opening moments, Insomniac proves they understand both Peter and Spidey, and that people want to get to the action as quickly as possible.

A recent Spider-Man: Miles Morales trailer gave us a glimpse of what it’ll be like to swing around as Miles, and it’s immediately conveyed to you, through his style of web swinging, that Miles is not Peter, nor should he be. He’s younger, less experienced, headstrong, and probably overeager. But also, he might love having his powers; there’s a moment when he’s in (backwards) freefall, then web swings and shouts, “Let’s Go!”

That’s Miles. Undoubtedly. It’s reminiscent of him coming into his own in Spider-Verse (another powerful moment). And, personally, that’s what I would do if I had spider-based powers, web shooters, and the nerve to swing around a city.

The point is, I trust Insomniac to nail it again when Miles is the one swinging around, sticking enemies to mailboxes, and reminding players he’s his own person.

I have one big issue with Insomniac’s first outing with Spider-Man, and it’s about Miles’ dad, Police Officer Jefferson Davis. Or, rather, what Insomniac does with his character; it’s the source of my hesitation going into Spider-Man: Miles Morales.

[Spoilers for Marvel’s Spider-Man] In the game, you meet, and primarily interact, with Officer Davis through Peter/Spider-Man, but never Miles. Davis is a character in Spidey’s story and isn’t really a part of Miles’ until the plot needs real stakes and decides to kill him. From this point on, Davis is used as a means for which Miles can relate to Peter, who, as we all know, lost his Uncle Ben. But we see Miles and Peter’s first meeting and interaction from the latter’s perspective. We don’t know what’s going through Miles’ head; we don’t know what Miles’ relationship with his dad was like; we don’t get to spend significant time with them both, together, before one is removed from the story.

That sucks. And that’s ignoring the part where we now have yet another family of color in which one parent is absent. Nice. Miles essentially telling Peter to get out of his face with his predictable condolences was okay, though.

I said previously that Insomniac understands Peter/Spidey, but the way they introduce and use Miles and his family makes me wonder if they understand Miles to the same extent. I’m no comic book purist, but Jefferson Davis seems frustratingly underused in the game.

Now, sure, perhaps the new game is where we’ll see Insomniac really prove they can do right by Miles and his friends and family, but their initial outing with the Morales family feels like a stumble, rather than an interesting jumping off point.

It may be too morbid to say that the corpse of Miles' dad was more important to Insomniac than his life and voice, but that’s where I’m at, personally. Right now, I’m cautiously curious to see what situations they put Miles’ mother in, now that she's running for office.

Here’s hoping they don’t go full comic book and say Miles’ dad faked his death, S.H.I.E.L.D. saved him, or something else. Not only would that take away from this character’s loss, but modern media should avoid soap-opera reveals dressed up as good plot development.

It’s a Leap of Faith

I did everything I could in 2018’s Marvel’s Spider-Man, minus the DLC, and the two years since is just enough time to get the itch to be a web-slinger again. And this time I get to play in a better suit and color scheme.

My excitement to play as Miles in his first big-budget game outweighs my storytelling concerns, too, though Evan Narcisse (io9, Kotaku, Rise of the Black Panther) serving as Narrative Consultant on the game does help ease those concerns somewhat.

Honestly, there’s no way I’m not playing this game, and Game Informer’s deep dive into the game with developer interviews this month has only made me more excited. No other game makes you feel like Spider-Man, and very few let you play as a young man of color—one who is already beloved by many.

Insomniac’s Marvel’s Spider-Man: Miles Morales comes out on PlayStation 4 and PlayStation 5 on November 12.