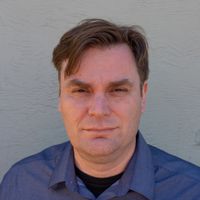 While automakers are bringing electric vehicles (EVs) to market at an ever-quickening pace as they attempt to comply with their own electrification timetables, there's a community of gearheads that have been taking matters into their own hands and dropping a ton of cash to do so. Those folks deserve a break.

From individuals pulling off some impressive automotive trickery to companies building custom vehicles, the act of replacing an internal combustion engine with an electric motor and a bunch of batteries has been going on for years.

These restomod (a combination of restoration and modification) creations have created a cottage industry and drawn the ire of some classic vehicle associations while being embraced by individuals.

The reasons for transforming a vehicle from something that burns oil into something that requires a plug vary. Some people want the incredible torque and speed that an EV bestows on anything it touches. Others are likely fans of the reduction in maintenance.

Having spent more than a few Saturdays adjusting dual-carbs on a vehicle instead of driving it, I support this cause.

There are, of course, eco-minded individuals. Or people that just want something new and different. Electric drivetrains are exciting. It's a new frontier in the car world, and shoving a motor and a bunch of batteries into something that's not built for that powertrain is a puzzle some drivers just want to solve.

As with all things car restoration-centric, though, it's pricey. According to EV West, a conversion parts and kits supplier, an EV conversion kit with a motor and regenerative braking system typically runs about $7,600 without batteries.

The kit for a 1956-1977 VW Beetle that includes everything you need, including batteries, is a whopping $17,762.00. That's in addition to any restoration that's already going on with the vehicle.

Before I get into the whole, "Hey, let's give them a tax break!" portion of this column, I know that some people pulling off these modifications are more than likely doing ok financially. If they can afford to drop nearly $20,000 on a hobby, they're probably not scrounging through the cushions of said vehicles while in the Taco Bell drive-thru hoping to find enough coins to splurge on two bean burritos instead of one. Just stay with me here for a moment.

A long time ago (2006 to be exact), Tesla CEO Elon Musk published his master plan. The tl;dr is this:

Tesla built the Roadster, then the expensive but more robust Model S and Model X lineup. Then it used that money to build the less expensive Model 3.

For some reason, the company is planning on building a super-expensive new roadster before a cheaper EV, but let's ignore that part. The point is, tax incentives bestowed upon customers helped Tesla get to where it is now, even though those mostly helped the wealthy before the Model 3 came to market.

Initially, a tax credit for EV conversions will do the same. It'll help those with the cash to bring these weird but expensive ideas to fruition. But as those modifications become more commonplace, the parts and battery prices will come down, opening the door for the rest of us to turn our old gas-engine cars that might be on their last legs into something completely new.

Even automakers are taking notice. Both GM and Ford have announced electric crate motors to sell to individuals interested in taking on an EV conversion. With a long history of selling gas-powered crate engines to customers, these companies now see where the industry is headed, so they are expanding their offerings.

This idea has been floating around for a while, and one proponent is Brianna Wu, executive director of Rebellion PAC, a progressive nonprofit and all-around car enthusiast. "If we're serious about addressing the environmental cost of cars, it makes a lot more sense to adapt current vehicles rather than throw them away," Wu told me via Twitter DM.

"The benefits to consumers and the economy would be huge. Their cars would be more reliable. Local shops would have tons of business retrofitting older vehicles. And cars with years of life in them would continue to be driven and enjoyed."

Building a new car (especially an EV one) uses a ton of resources. So if we could extend the lives of gas-powered vehicles by turning them into electric vehicles, the government should give a helping hand in the form of a tax credit.

It would reduce the carbon footprint needed to build an entirely new car and keep many old vehicles out of junkyards. If we're giving folks tax credits for buying a new EV (which should really be an instant rebate when you buy a car, but that's another argument), then we also reward those keeping older vehicles on the road by making them insanely cleaner for the environment.

Let's say we give them half of the tax credit of what the purchaser of a new EV gets. That puts people $3,750 closer to taking an old Ford Mustang, Honda Civic, Geo Storm, Chevy Cavalier, or Subaru Justy and placing an electric motor and batteries in it.

It's "reduce, reuse, recycle" but with cars thanks to a bit of help from the government.

Want to know more about EVs? We have a whole section dedicated to electric vehicles!