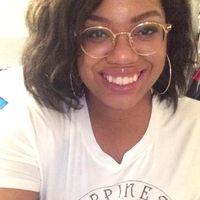 With the upcoming release of the PS5, there’s a lot to get excited about: Sony has promised an unbelievably smooth playing experience and the hype for upcoming releases like Marvel's Spider-Man: Miles Morales already seem to be totally justified, judging by early trailers and gameplay demos. But for me? It’s all about Ratchet & Clank: Rift Apart, the latest addition to a series I’ve enjoyed since I was a kid.

When I heard that Insomniac Games would be making a new Ratchet and Clank title exclusive to the PS5, I wasn’t surprised; after all, the series is a PlayStation mainstay, and for good reason. For those who missed out on playing the original 2002 game on PlayStation as a kid—or one of the many, many sequels—the premise is fairly simple: Ratchet, a mechanic and member of a cat-like race called the Lombax, travels the galaxy with his robot sidekick Clank, fighting Bad Guys and saving the day. Players explore different planets and fine-tune their combat skills using a variety of insane weapons that have only gotten crazier with each release.

"To say that I was blown away is an understatement."

What did surprise me is how consistently Insomniac has been able to quietly up the ante on a series that has already managed to have unbelievable staying power, remaining relevant for nearly two decades and through numerous console updates.

While the 2016 game was nothing to sniff at, it was a remake of the original 2002 title and basically rehashed that story with a number of key changes. This time around, there seem to be at least a few new faces in the mix. The announcement trailer released in June shows that both Ratchet and Clank will obviously be returning (and Ratchet’s fur has the kind of visible texture I’d expect in, say, a Pixar film and not a video game).

However, the trailer ends with the appearance of what looks to be a new female Lombax character. She has a tail, which, judging by the single female Lombax that has ever appeared in the series—the tail-less Angela Cross—is quite an anomaly. Is this an alternate-reality version of Ratchet? One who has a (super cool) mechanical arm? And if so, does that mean we’ll get an alternate reality version of Clank, too?

These questions will likely go unanswered until the release of the game, but Sony has already confirmed that we’ll be able to play as both Ratchet and the mysterious new character, so either way, I’m excited for her inclusion.

Sony released a gameplay demo of Rift Apart in August, and to say that I was blown away is an understatement. The gameplay shown in just those seven minutes feels like an action movie, one that was filmed in a continuous shot that you get to inhabit. It’s absolutely on-par with the 2016 CGI film and makes me want to ensure that my TV is up to the task of matching the quality of the game so that it’ll be as immersive an experience as Sony has promised.

We’re also getting new gameplay options in Rift Apart. In addition to new weapons, players will get to “warp across battlefields to rapidly gain … combat advantage and repair planetary rifts with dimension-spanning puzzles,” according to Sony. The demo shows Ratchet soaring through different dimensions with zero—literally zero—loading time in transitions that are as smooth as butter, thanks to the new console’s SSD. The different dimensions appear as fully realized worlds that all look developed enough to be the setting of their own separate games, so no cut corners here. It looks like an amazing gameplay experience not just for Ratchet & Clank fans, but for those really wanting to see just what the PS5 can do.

Out of all the promising new games accompanying the PS5 launch, Ratchet & Clank: Rift Apart may be the unexpected hit of the year, and it’s the one that really had me chomping at the bit for a PS5. Sony has not yet announced a release date, but developers confirmed during a Gamescom 2020 opening night event in August that it’ll be coming out during the PS5 “launch window,” which means we may not be able to get our hands on it until 2021. Still, with the impressive backward compatibility that the PS5 offers, I’ll at least be able to play the 2016 game while I wait with bated breath for the new one.