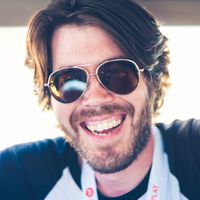 If you're looking to buy a new TV and level up your gaming experience, there are a few things to consider. It's safe to say 4K isn't going anywhere for awhile, and high dynamic range video (HDR) is here to stay; and the tech maturing means there's no shortage of low-cost options to tempt the budget-conscious. But with so many options and acronyms flying around, it can be tough to figure out which display is best for you and what creature comforts are actually important for gaming.

Whether you're looking for the best TV for use with the Xbox One X, a PlayStation 4 Pro, or a Nintendo Switch, here's what to look for when buy a TV for a gaming.

Many TVs offer a picture setting called “game mode” that turns off any picture processing features. While such features may improve picture quality for movies and TV shows, they introduce lag between what your hands do with a controller and when the actions display on-screen in a game. If you’ve ever wondered why it felt like the buttons weren’t reacting until after you pressed them, you were probably playing without game mode turned on, or experiencing lag.

Lag is measured in milliseconds, and the higher the number, the longer it takes for a button press to register as it runs through your TV’s electronics.

The good news is if you stick with name brands like LG, Samsung, Sony, and Vizio, input lag on their mid-range-and-up models is incredibly low while in game mode, for both OLED and LCD displays. Certain Samsung models will enter game mode automatically when they detect a video game input.

According to third-party tester RTings.com, the best performing 4K displays have between 11 and 22 milliseconds of input lag while in game mode. Outside of game mode, those numbers jump considerably, up to 134 milliseconds. But, so long as your pick has under 30 milliseconds in game mode, you shouldn’t be at a disadvantage, though the lower you can go, the better.

Higher input lag could be the difference between victory and defeat in an online shooter, fighting game, or anything that requires twitch reflexes.

How many things do you plan to plug into your TV at once? Are you going to be the sole user of the display? Do you mind swapping HDMI cables every time you want to switch between consoles? When you’re buying a gaming TV, you need to take these questions into consideration as well.

For example, if you have a PlayStation 4 and a Roku, your roommate has a SNES Classic and a Nintendo Switch, and you share the living room, unless you go for a larger (and potentially more expensive) TV, you’ll either have to swap sources in and out, buy an HDMI switcher, or invest in a home theater receiver.

Hot-swapping HDMI cables can damage your TV. Avoid this with either a home theater receiver or a simple HDMI switcher.

While swapping HDMI cables is free, it's more than a little inconvenient, and constantly connecting and disconnecting cables can cause unnecessary damage to the inputs themselves. Accidentally do it when the TV is on enough, and you can kill a port entirely. If you want to go crazy and wire in surround sound in addition to having all of last generation’s consoles, plus the current crop, and an Apple TV plugged in all at once, go for a home theater receiver.

For most people, though, a simple HDMI switcher will do the trick. They’re not terribly expensive (you can find four-port models for $50 - $80 online), and they’re easy to use. Just plug in your devices, connect the switcher to a free port on your TV, select the game console you want to you use, and you’re good to go.

Much like we had plasma versus LCD with 1080p displays, there are two rival formats with UHD as well. The differences between the two competing technologies of today are familiar, too.

Because each of the panel's pixels can turn off independently, OLED are capable of producing higher contrast images.

That has an impact on practically every aspect of picture quality, and results in richer color saturation; deep, inky blacks; and a jaw-dropping HDR experience. All told, if you want your games to look as good as possible, you should go for an OLED display. Prices have come down dramatically in the past few years, making it even easier to get an incredible-looking display without spending a fortune.

That said, there are some caveats.

While OLED displays may perform far better in bright rooms than plasmas ever could, they still don’t get as bright as LEDs do. Meaning, if you’re going to do as much gaming and TV watching during the day as you would at night, but don’t want to sacrifice picture quality (or deal with glare), grab a set of room darkening or blackout curtains.

If you plan to do lots of couch co-op or, say, host weekly Mario Kart 8 tournaments, OLED is a better bet because the picture looks great from any angle — not just sitting dead center in front of it.

Like plasma before it, though, there’s the chance of burn-in with OLED displays. Do you spend eight hours a day playing Fortnite or Apex Legends? You might want to consider an LED display.

Over time, static images can cause uneven wear on an OLED’s pixels, resulting in a permanent “ghost” or shadow that’s visible when you’re not playing a game. It can happen if you leave an OLED running cable news 24/7, for example, but for most people, so long as they vary what they’re watching and playing, burn-in won’t be an issue.

LED displays aren't as susceptible to burn-in as OLEDs, and if you leave a game paused the entire night with the TV on, you shouldn't have anything to worry about. There are other advantages over OLED as well. LED displays don’t take as much power to run and can get extremely bright thanks to the entire screen being backlit, making them perfect for rooms that get lots of sun and natural light. And thanks to advances in TV tech, that extra brightness doesn’t impact things like color saturation nearly as much as it used to.

No one should buy a TV sight unseen. A big box store might even have a console already connected to their kiosk. Keep an eye out for fine details, play a number of different games, and pick which looks and feels best to you.

Regardless of which display technology you choose, timing is everything. If you’re looking to get the lowest price on the best TV you can afford, your best bet is to wait until the end of the model year, between April and May. Retailers will be eager to clear out their stock to make room for new models, and as such, prices on last year’s models will have hit rock bottom and the drool-worthy TV that was previously beyond your budget might finally be within reach.

Picking the right TV for your gaming setup may seem overwhelming, but hopefully you've got a better handle on what you should look for. No matter the screen size or technology you choose, there are great options available if you keep things like input lag in mind.

And while the prices vary dramatically, knowing how many HDMI inputs you'll need and what trade-offs come with each display technology should eliminate any surprises once you start unboxing your new TV at home.