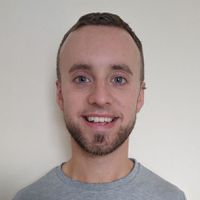 James David Frew
WRITER
Former Lifewire writer James Frew has been a technology journalist since 2016. His work can be found on both MakeUseOf's website and YouTube account.
our editorial process
James David Frew
Windows
In This Article

Windows RT was Microsoft's first tentative step toward bringing Windows into the mobile age. Released alongside Windows 8 in 2012, Windows RT was only available on select devices. Although Microsoft discontinued the operating system, you may still have a Windows RT device, as extended support runs until 2023. Here's everything you need to know about Microsoft's mobile first edition of Windows 8.

Windows RT was updated to Windows RT 8.1. It's also known by its pre-release code name, Windows on Arm (WOA), not to be confused with Windows Runtime (WinRT), a programming interface for Windows first introduced in Windows 8.

What Was Windows RT?

Most editions of Windows have been developed to work on x86 and x64 processor architectures, and for many years you could purchase either edition depending on your computer's internal components.

With the rise of mobile computing on smartphones and tablets, manufacturers began designing System on a Chip (SoC) circuits specifically for mobile devices. Some of the most popular SoCs use the 32-bit ARM architecture, leading Microsoft to choose this configuration for their Windows SoC support.

Windows 8 featured a new full-screen Start menu with touch-friendly tiles and the addition of the Windows Store, which contained downloadable apps written using Windows Runtime. These apps could run on x86, x64, and ARM architectures.

Behind the new Start menu on x86 and x64 devices was the traditional Windows desktop alongside some new features and a modified UI. Due to its restraints, Windows RT didn't support traditional software, instead, it relied solely on the new Windows Store.

Microsoft traditionally doesn't implement many controls on devices capable of running Windows but made an exception for Windows RT. The company worked closely with manufacturers and built to strict specifications to uphold a quality level across all Windows RT devices.

Due to this strict control, only a handful of Windows RT devices were ever released. They are:

How Does Windows RT Work?

The design and basic functions of Windows RT are similar to Windows 8 and Windows 8.1. When you first boot the device, the full-screen Start menu displays live tiles that update throughout the day.

The Start menu screen is customizable, allowing you to pin your favorite apps and resize their tiles. Swiping up from the bottom of the screen displays a list of all currently installed apps.

Unlike regular editions of Windows 8, Windows RT only comes with a limited amount of software installed. All Windows RT devices include Office 2013 Home & Student RT, which initially included Word, PowerPoint, Excel, and OneNote. Outlook was added as part of the Windows 8.1 update.

While it's possible to access the traditional desktop, there are few options once there. File Explorer, Internet Explorer, and Office RT are the only supported applications in desktop mode. All other applications installed via the Windows Store use the Metro MDL interface.

The Future of Windows RT

The limited functionality of Windows RT devices meant they weren't as popular as Microsoft hoped they'd be, and Microsoft's manufacturing partners declined to create further devices. Not long after the release of Windows RT, Intel began developing x86 SoCs for Windows 8, reducing the need for ARM-based Windows RT.

Microsoft launched its final Windows RT device, the Surface 2, in October 2013 and discontinued it and Windows RT when stocks of the device ran out in January 2015. The company instead shifted its focus to their Surface Pro line of own-brand devices.

As Microsoft did not provide an upgrade path for Windows RT from Windows 8.1 to Windows 10, mainstream support for Windows RT ended in January 2018. However, extended support runs until January 10, 2023.

With Windows 10, Microsoft aimed to create one core edition of Windows that could run across all devices and architectures. However, they launched a spiritual successor to Windows RT in 2017, known as Windows 10 S. This edition of Windows 10 was also feature limited. It could only install apps from the Windows Store. Windows 10 S was discontinued in January 2018.