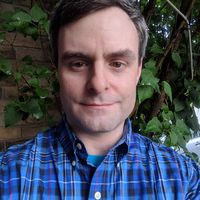 Wi-Fi Direct is a certified wireless technology that allows connections between devices without the use of a router or modem. Standard Wi-Fi requires you connect to an access point, then enter a password or security key. Similar to Bluetooth, Wi-Fi Direct devices can communicate with each other to send and receive files, sync, view information on computers, screencast, and print documents.

Wi-Fi Direct will connect two devices, or several simultaneously as a group, using WPA2 encryption (AES-CCMP). This level of security is a step-up from ad-hoc networks, which only operate with WEP encryption, leaving devices vulnerable to hacking.

How Does Wi-Fi Direct Work?

For example, with smartphones and tablets, an invite is sent to a device once its discovered and selected. The receiving device taps a button or icon to accept the invitation and establish a secure connection. QR codes and Pin codes are sometimes required, similar to using Bluetooth, but most modern smartphones have simplified the connecting and discovering process to a few taps.

Android-powered devices started supporting Wi-Fi Direct with the release of the Android 4.0 Ice Cream Sandwich in October 2011. Even though Android offers Wi-Fi Direct, functionality is dependent on the specific phone or tablet model and manufacturer. An excellent example of reliable performance is with several of Samsung's smartphones and tablets; a Galaxy S5 will connect and send/receive files with a Galaxy S10 seamlessly.

Television manufacturers such as Sony, LG, X.VISION, and Phillips offer specific models with Wi-Fi Direct support, as does the Xbox One gaming console.

File sharing is one of the most common uses of Wi-Fi Direct. Transfer speeds are much quicker than Bluetooth (up to 200 Mbps) which significantly reduces sending/receiving wait times.

Printing documents wirelessly is another excellent way to utilize the convenience of Wi-Fi Direct. Instead of using a USB cable to connect your device to a printer, you're able to send the document wirelessly in seconds.

Android smartphones and tablets can also project their screens onto Wi-Fi Direct supported TVs, allowing users to view content on a larger display.

In most cases, Wi-Fi Direct works best when using hardware produced by the same manufacturer, due to the different proprietary technologies and services offered by varying companies. A Samsung smartphone, for example, can connect to an LG smartphone, but can't transfer files back and forth without a third-party mobile app.