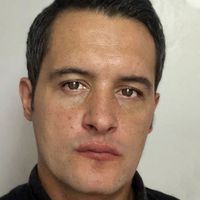 Thomas James Wilton
Writer
Tom Wilton has been a freelance filmmaker and writer since 2012. His work has appeared in Video&Filmmaker, The Big Issue, and others. He's also been a consultant for CBS.
our editorial process
Thomas James Wilton
Android

AR, VR, and MR are similar in a lot of ways, but each has distinct qualities and uses.

MR headsets keep the wearer’s hands free to perform physical tasks. And because virtual items appear in real-world space, the technology is well-suited to working environments. For example, repair animations can be superimposed over actual machinery, showing the user how to connect parts.

Additionally, MR works well for entertainment purposes. Games can incorporate nearby objects like tables and other surfaces to create more realistic gameplay than is possible with AR. An excellent example of this is firing lasers at aliens that come through walls or searching for virtual animals hiding under desks.

Though MR technology is relatively new, several manufacturers are developing and releasing their own devices.

Magic Leap One comprises a headset that pairs with a lightweight computer module. Digital objects project onto the headset lenses, which the wearer interacts with using handheld controllers.

Magic Leap primarily focuses on entertainment experiences such as watching a virtual TV screen or playing games that make use of the physical space.

Microsoft's HoloLens is a Windows mixed reality headset that focuses primarily on industrial uses. Similar to Magic Leap One, digital assets are projected onto a transparent visor, creating the illusion of virtual objects in the real world. Wearers are then able to interact with virtual objects and displays using a variety of gestures.

What's Next for Mixed Reality?

While MR is a nascent technology, the signals from technology giants such as Qualcomm, Microsoft, and Intel are promising. All are investing heavily in MR technology, developing underlying systems and programming tools in the hope of unlocking its full potential. And when placed alongside AR and VR, it seems clear MR stands a good chance of becoming core to the next wave of computing.