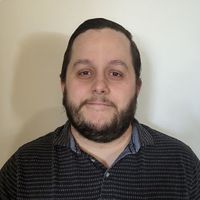 While the international scientific community has spent untold amounts of time and treasure to learn all about the vast expanse of space, you can use an open-source, GPS-enabled app by downloading Sky Map to gaze at the stars, regardless of weather conditions. All you need is a functioning Android device or compatible web browser to bring infinity to the palm of your hand.

How Do I Use Sky Map?

After downloading the app from the Google Play Store or navigating to the Google Sky webpage, Sky Map is a relatively intuitive piece of software. If you follow the steps listed below, you should be able to virtually soar through the cosmos in no time.

Using Sky Map on Your Smartphone

Sky Map operates like most other Android applications. To get started, you must sign in to your Google account and download the Sky Map app from the Google Play Store. Be sure to select the correct app, since there are multiple alternatives available on the market. Sky Map is developed by the Sky Map Devs,

Once downloaded to your device, Sky Maps utilizes your smartphone's gyroscope, GPS functionality, and its internal compass to get a read on where you are and what stars are directly above you. Named celestial objects, like planets, galaxies, and constellations will be immediately identifiable in the app in real-time, with the latter being drawn out to showcase the constellation's intended shape. By physically moving around and pointing your phone in different directions, you'll see different portions of the night sky and the different things you can find there. You can also select what objects you want to be displayed in the app by tapping on the screen and either selecting or deselecting various icons representing different space phenomena.

If you're more interested in specific items in space, like Antares or M83, the app has a search function found on the top right corner of the screen. After tapping the magnifying glass icon, you can search for whatever you want to view. Once found, the app will guide you towards the object in question, prompting you to move around in your current position to find the object.

The browser-based Sky Map is largely similar to the mobile app, albeit with the removal of GPS and gyroscopic features. You can click and drag the map with your mouse to move around the observable universe.

In the bottom left hand corner, it will show you the exact coordinates that your cursor is pointing to. Over on the top right of the screen you can select infrared and microwave imaging, as well as a novel historical setting that overlays a medieval star map over the page.

On the very bottom of the screen, you can select from a range of different highlights, including points in our solar system, viewing nebulae like the famous Crab Nebula, and listening to various short-form podcasts about different points in the universe.

What Happened to Google Sky Maps?

Created back in 2009, the Google Sky Map project was created by a group of Google engineers as part of the massive tech company's adherence to the 70/20/10 Learning and Development Model. Using existing imagery from different scientific agencies, the app was designed to use an Android device's GPS, compass, and clock to determine where different celestial bodies would be in the sky, regardless of cloud cover or time of day.

Google Sky Maps was subsequently released as a part of the Google ecosystem, where it remained until January 20, 2012, when Google announced Google Sky Maps would be donated to the community at large. Through a student development partnership with Carnegie Mellon University, the app was released under the Apache 2.0 open source license. A repository of its code can currently be found on GitHub.

Google Sky Map as it once was no longer exists. It can now be found as Sky Map since the Google name was dropped after the partnership with Carnegie Mellon University. Though it's no longer being developed by Google, the original team of engineers is still working on the project, though on a volunteer basis.

How Do I Watch the Sky on Google Earth?

As it stands, the features found on Sky Map do not exist in Google Earth. That being said, you can still view the space surrounding Earth by zooming out all the way in the web app, mobile app, or desktop app. Once fully zoomed out, you can spin around the planet but you won't get any identifying markers or background information on the objects you're looking at.

As for Google Maps, you can visit different points in space, though again it's not the same as Sky Map. To see the far-flung shores of Io or visit Pluto's largest moon Charon, select the Satellite map type in the bottom left and then select the More option in Layers. Once there, click Globe View and then zoom out as far as you can. On the left-hand portion of the screen, you'll get a list of celestial bodies in our solar system, as well as the opportunity to tour the International Space Station.