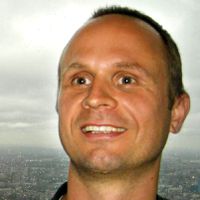 3D printing is a manufacturing process that creates a three-dimensional, physical object from a digital file. This process is called additive manufacturing, meaning that material is added, not removed.

With 3D printing, you create a 3D digital design in a modeling program, known as CAD software, and then use a 3D printer to produce layers of material to form the finished object. Businesses, researchers, medical professionals, hobbyists, and more use 3D printing for a range of applications.

Here's a look at how 3D printing came to be, how it works, what it's used for, and what the future holds for this technology.

The Best All-in-One Printers to Buy

3D printing might be part of your favorite movie. Props in movies such as Black Panther, Iron Man, The Avengers, and Star Wars use 3D printing, allowing set designers to create and recreate props easily and inexpensively.

The History of 3D Printing

In the early 1980s, 3D printing technology appeared, but it was known as rapid prototyping technology or RP. In 1980, Dr. Kodama of Japan filed a patent application for RP technology, but the process wasn't completed.

In 1984, Charles "Chuck" Hull invented a process he called stereolithography, which used UV light to solidify material and create a 3D object layer by layer. In 1986, Hull was issued a patent for his stereolithography apparatus, or SLA machine.

Chuck Hull went on to form 3D Systems Corporation, one of the largest 3D tech companies in the world.

Other 3D printing processes and technologies were being developed around the same time, and further enhancements continued throughout the 1990s and early 2000s. Still, the primary focus of 3D printing technology was prototyping and industrial applications.

3D printing technology started to get noticed by the mainstream media in 2000 when the first 3D-printed kidney was created, though the successful transplant of a 3D kidney didn't happen until 2013. In 2004, the RepRap Project had a 3D printer print out another 3D printer. More media attention was drawn in 2008 with the first 3D printed prosthetic limb.

Other 3D advances rapidly followed, including a 3D printed house a family moved into in 2018.

Today, 3D printing isn't only about prototypes and industrial manufacturing. Hobbyists, scientists, and everyone in between use 3D printing for product manufacturing, consumer goods, medical advances, educational materials, and more.

4D printing is on its way, as well, with printed objects that can change shape over time.

There are several types of 3D printing technologies, including Fused Deposition Modeling (FDM), also known as Fused Filament Fabrication (FFF). FDM is the most common and popular method and is used in most affordable 3D printers.

The FDM printing method uses a filament of plastic material, a bit like a string. The filament is fed from a roll into a heated head, which melts the plastic. The head extrudes the melted plastic onto the bed of the machine. The head moves over the bed, in 2D, depositing the first layer of material.

Once the first layer is complete, the head is moved up by the thickness of the first layer, and it deposits the next layer on top. The part is built up layer-by-layer, like baking a loaf of bread slice by slice.

Example of How to Use a 3D Printer

Here's a look at how simple 3D printing might work on an FDM printer.

Other Types of 3D Printing Machines

SLA is the oldest 3D printing technology and is still in use today. DLP uses lighting as well as polymers, while SLS uses a laser as a power supply to create strong 3D printed objects. SLM, LOM, and EBM have largely fallen out of favor.

The Future of 3D Printing

Will 3D printing lead to a future of on-demand, customized products instantly made to our exact specifications? While this remains unclear, 3D printing technology is growing rapidly and being used in many areas.

3D printing of houses, body organs such as kidneys and limbs, and other advances have the potential to improve the lives of untold people around the world.