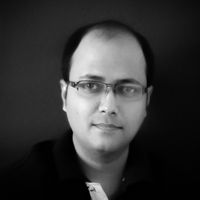 How to Watch the Transformers Movies in Order of Release

The first Transformers movie was released in 2007. The next four movies in the series followed in chronological order. It's only in 2018 with the release of Bumblebee, the franchise went back in Cybertron time to the Cybertron Civil War. In Earth time, it is the year 1987 when the Autobot called B-127 or Bumblebee crashlands on Earth while on a scouting mission for Optimus Prime.

Bumblebee (or Transformers: Bumblebee) is a spinoff but you can view it as a prequel too if you want to see how the alien battle came to Earth.

How to Watch the Transformer Movies in Chronological Order

The battle between Autobots, Decepticons, and Humans unfolds on the big screen. The story, based on the universally popular Transformers toys, is simple. It is the formulaic battle of good vs. evil, so you won’t have a problem grasping the theme even if you start with any movie.