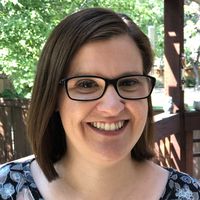 Stacy Fisher
Technology Educator
Stacy is a professional technology educator with over 25 years' experience. She has published hundreds of articles, co-authored a book, and has appeared on national and local TV.
our editorial process
Stacy Fisher
Streaming TV, Movies, & More
In This Article

The next United States presidential inauguration will be held in January 2025. If you're away from your TV or if you're a cord-cutter, there are many ways to stream the event from your smartphone, computer, tablet, or a compatible streaming device, such as a Roku, Apple TV, or Fire TV.

Channel: The event will be broadcast live on most major networks and many cable networks.

How to Watch the Inauguration Live Stream on Senate.gov

The Joint Congressional Committee on Inaugural Ceremonies is the official place to find the latest information on inauguration preparations, events, news, and more. Check back frequently in the days leading up to the inauguration for additional details and any changes due to the pandemic.

Viewers can tune in and watch the actual swearing-in ceremonies live, view interactive maps of the ceremonies, and watch any entertainers participating in the presidential inauguration.

How to Watch the Inauguration Live Stream on Major News Sites

Every major news site, and most likely their respective YouTube channels, will offer live inauguration coverage. To view inaugural events online, check out the following:

CNN usually schedules a special feature where you can watch the live inauguration online in tandem with other people following its Facebook page.

How to Watch the Inauguration Live Stream on C-SPAN

When the House and Senate aren't in session, or historical events take precedence (such as the presidential inauguration), C-SPAN carries live coverage. Watch the C-SPAN live feed, C-SPAN2 stream, and C-SPAN3 on the C-SPAN Live Stream page.

Twitter is a fire hose of information, and it can often be a bit of an overload. However, if you're looking for live information on one of the most closely followed events worldwide, this is a great place to visit.

Some hashtags you'll want to follow include #inauguration, #president, and hashtags including the incoming president and vice president's last names.

You'll also want to take a look at users who do a great job of covering inaugural events, such as the White House @whitehouse and the U.S. Secret Service @secretservice.

Keep an eye on Twitter, especially making use of trending hashtags to get a head start on any breaking news or interesting events that might happen during the course of the inauguration. Twitter users are usually among the first to make these events known, and it's a great way to get live, breaking news from first-hand witnesses.

Twitter also lets you compile lists of other users. These lists are exceedingly useful to follow since you'll get updates from several accounts at once. For example, this BreakingNews list handles almost every global source of news you can think of, saving you from having to follow the dozens upon dozens of accounts that are part of it.

Here are some other ways to watch the presidential inauguration live online:

If you're feeling nostalgic, watch past presidential inaugurations on YouTube, including: