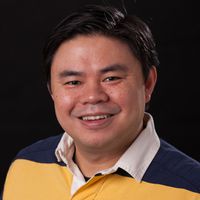 Jessica Kormos
Lifewire Technology Review Board Member
Jessica Kormos is a writer and editor with 15 years' experience writing articles, copy, and UX content for Tecca.com, Rosenfeld Media, and many others.
our review board
Jessica Kormos
Smart Home

This article explains how to use your multiple Google Home speakers as an intercom system in your house using the "OK Google, broadcast" command. Instructions apply to Google Home, Mini, and Max smart speakers connected to the same Wi-Fi network. We also include instructions on using your Android phone or iPhone to broadcast.

In this example, we'll use the "OK Google, broadcast" command to ask the kids to check where the family pet is located. You'll need to be logged in to your Google Account to use this command.

You can't target only one of your speakers. If you want to communicate with a specific device, set up Google Duo.

Use Your Phone to Broadcast

If you have the Google Assistant app on your Android phone or Apple iPhone, ask Google to broadcast messages to all Google Home devices connected to your Google account. You don't need to be connected to your home Wi-Fi to use this function.

How to Set Up Family Broadcast

If you create a Google Family Group, you can communicate with everyone in your household wherever they are. Just give a command like, "Hey Google, tell my family we're having dinner at six." They can then respond from any device with the Google Home app, including their phones.

To set up a Google Family Group:

You can also set reminders using the Family Bell feature and have an alarm play across all your devices.

You can use certain key phrases to let Google Assistant speak the announcement instead of using your voice. For example, "Hey Google, broadcast dinner is served" will sound a virtual dinner bell and announce dinner time to your family.

Using canned responses is a great way to avoid having to use your own voice for repeated announcements. Try saying. "It’s time for bed" and "wake up everyone" after you say "Hey Google, broadcast." When you're in the car on the way home, try using the canned phrase "OK Google, broadcast I'll be home soon."

Apple Intercom: What It Is and How to Use It
Was this page helpful?
Thanks for letting us know!
Tell us why!
More from Lifewire