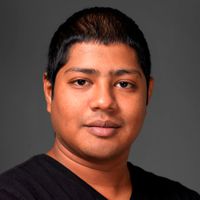 Microsoft Office uses the same software-update infrastructure as Windows itself. Thus, as long as you keep Windows updated, Office remains updated as well.

How Office Updates Itself

In the early days of home computing, Microsoft Office didn't update between new versions. Rather, every time a new release pushed, people purchased disks or CDs or DVDs with the newest version and installed it.

In the mid-2000s, Microsoft started pushing online patches to Office 2003, a practice it maintained through Office 2010. Those patches used Office Online, so you had to open an Office product and check for updates, or install an Office updater utility.

Modern versions of Microsoft Office, for the Windows desktop, use Windows Update, allowing for more frequent and more transparent and frictionless patching.

To keep Office fully up-to-date, use the Windows Update utility. From within Windows Update, select Advanced Options and ensure that the slider for Receive updates for other Microsoft products when you update Windows is enabled.