The 6 Best Two-Channel Stereo Receivers of 2022

Robert Silva
Writer
Robert Silva has extensive experience in consumer electronics and home theater product sales and sales supervision; he has written about audio, video, and home theater topics since 1998. Robert has articles published on HBO.com and Dishinfo.com plus has made appearances on the YouTube series Home Theater Geeks.
lifewire's editorial guidelines

The best two-channel stereo receivers deliver amazing sound across the audio spectrum (thumping lows, crystal clear mids and highs) and a bevy of inputs and outputs to let you get music in and out with minimal fuss. Modern receivers feature Bluetooth connectivity, so pairing your phone or tablet is a simple matter of pressing a few buttons, and then all your favorite music is pouring effortlessly from every corner of your room/home.

Our top pick exemplifies some of these qualities—the excellent AXR85 from Cambridge Audio delivers killer sound, and has a ton of different ways to pipe music through it from other devices (as well as all the requisite ways to output said music on the other end). It's a genuinely attractive, sleek-looking example of modern design, as well, all brushed grey aluminum and minimalism. It's one of the very best two-channel stereo receivers available right now, and pairs well with the best speakers from our roundup. 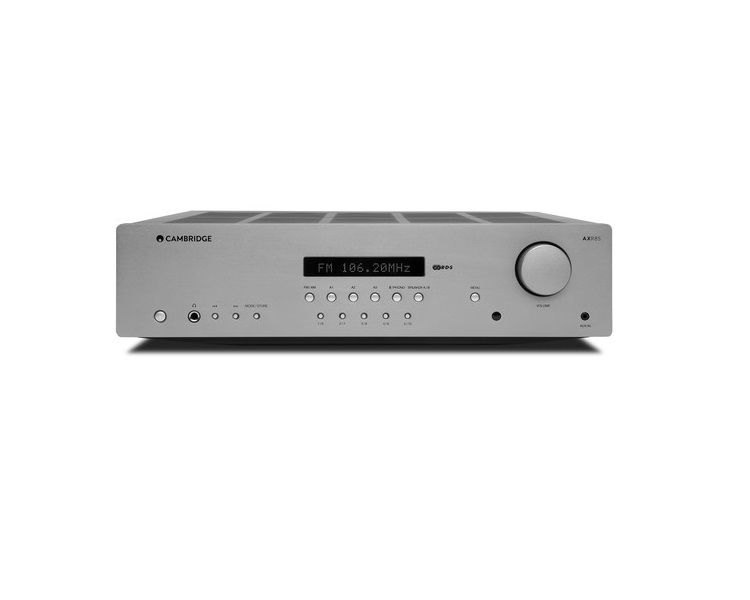 A superb, attractive receiver that delivers clear, incredibly accurate sound and features a multitude of inputs, the AXR85 claims our top spot for its ability to appeal to everyone from dedicated audiophiles to audio neophytes. This sleek, brushed aluminum unit boasts 85 watts of power, a built-in phono stage for connecting record players, and a 3.5mm input for iPod/MP3/external music players.

It also comes with built-in FM/AM radio reception with RDS, with up to 30 presets channels. There are four analog inputs, and a built-in Bluetooth receiver for streaming from your smartphone, tablet or PC. Cambridge Audio is renowned for building thoughtfully designed products that deliver best-in-class sound, and the AXR85 is another winner from the British manufacturer.

The Amazon Echo Link Amp lurks in the middle ground of price, quality, and power: small enough to put on a bookshelf and negates the need for a bulkier receiver. As a budget-friendly option, its sound might not reach the standards offered by more expensive models — and it lacks certain conveniences, like TV and video connections — but it's a strong introduction to amplifiers for those not wanting to spend a large amount of money.

The built-in 60W x 2-channel amp gives your existing speakers, whether tower or in-wall, a boost, and lets you create voice-controlled music groups so you can stream music throughout your entire home. Its variety of digital and analog inputs and outputs promise compatibility with most of your equipment. On the go? The Echo Link Amp boosts the music played through your headphones. The device is compatible with services such as Amazon Music, Apple Music, Spotify, iHeart Radio, and Tidal.

Most Affordable With Bluetooth: Pioneer SX-10AE 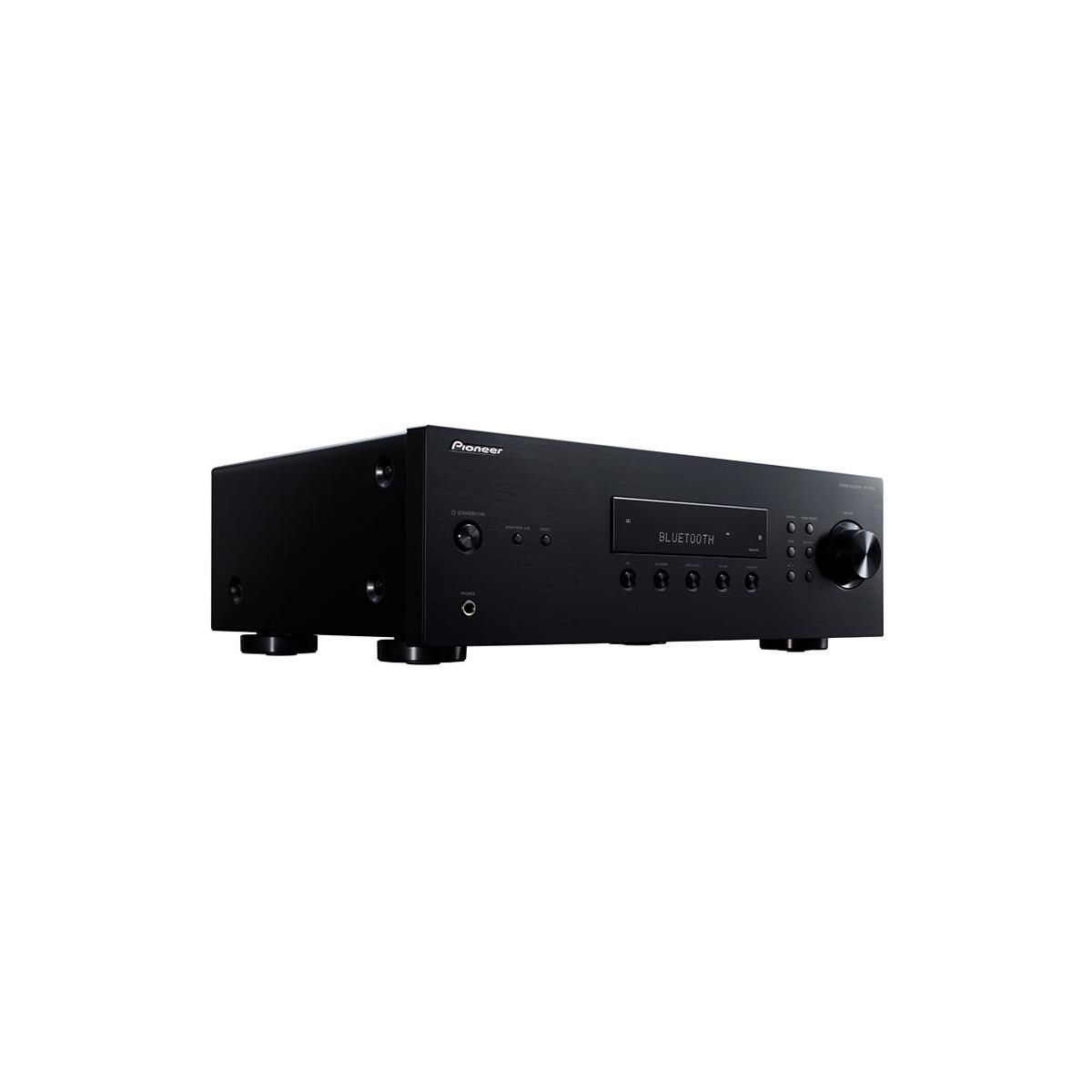 View On Amazon View On Adorama.com

If living somewhere between an analog and digital world is your sweet spot, the Pioneer SX-10AE is a fine choice. Analog in every way except one, the receiver adds Bluetooth 4.2. With Bluetooth compatibility, so it’s easy to stream music from a smartphone or tablet. Support for AAC and SBC codecs along with A2DP/AVRCP profiles means any type of music will stream.

Bluetooth isn’t the only feature on this receiver as four analog RCA inputs are also available. With labels for CD players, there’s also support for turntables with built-in phono. Once music is playing, you’ll find 100W per channel and added support for two sets of speakers (A, B or A+B) — anything above that is limited by the two-channel build.

The front of the receiver is decorated with an unusual 6.35mm stereo headphone output. Conforming to older standards, sound output is fantastic with the right headphones. For more modern playback, there are 6.35mm to 3.5mm adapters available everywhere. To round things off, the system adds 40 presets with its AM/FM tuner along with manual tuning.

Best For Multi-Room Use: Yamaha R-N602 Stereo Receiver with MusicCast 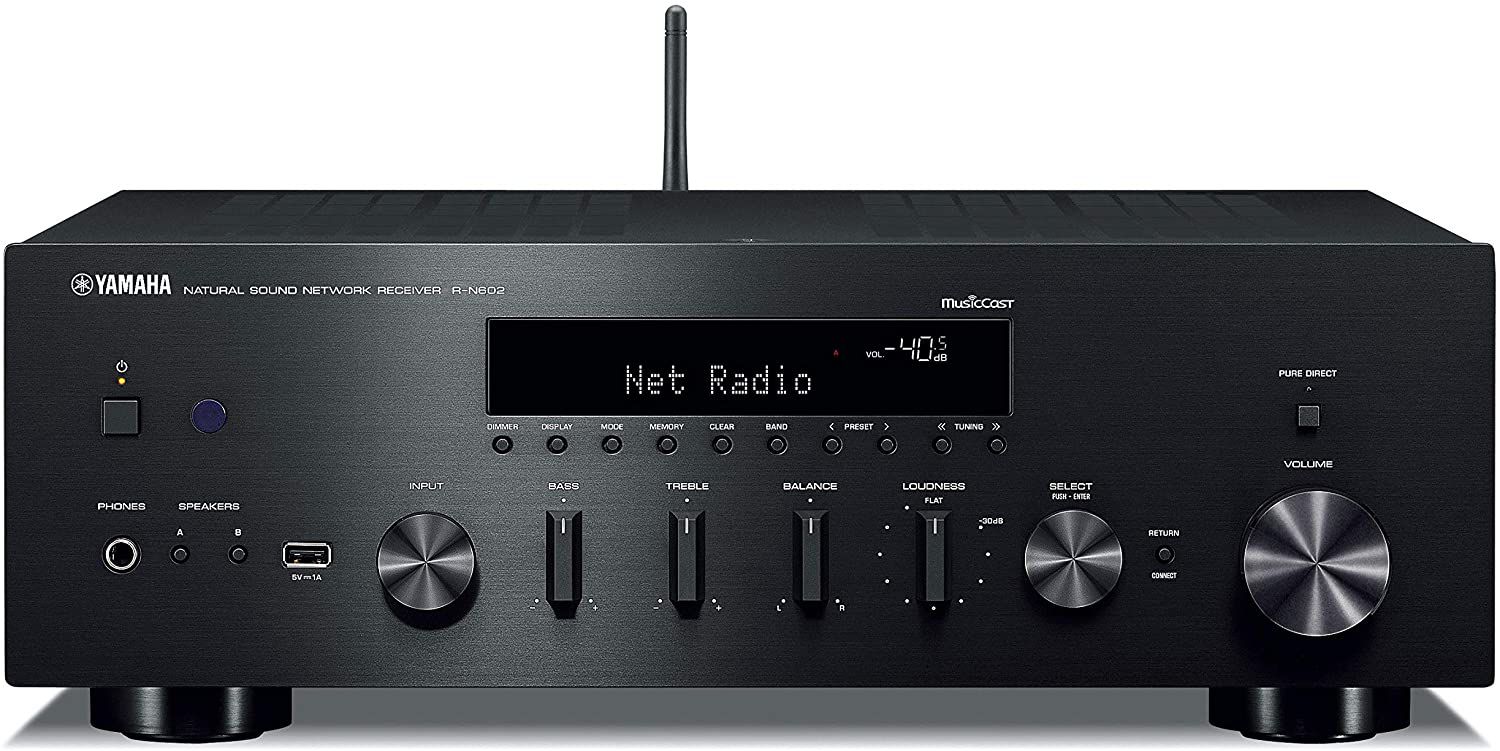 The R-N602 does not provide any video inputs.

Added features include a front-mounted USB port for direct connection of compatible USB devices (such as flash drives), as well as an Ethernet and Wi-Fi for access to internet radio (Pandora, Rhapsody, Sirius/XM Spotify) as well as audio content from DLNA compatible devices. The R-N602 even includes built-in Bluetooth, Apple Airplay, and compatibility with the Yamaha MusicCast multi-room audio system platform. 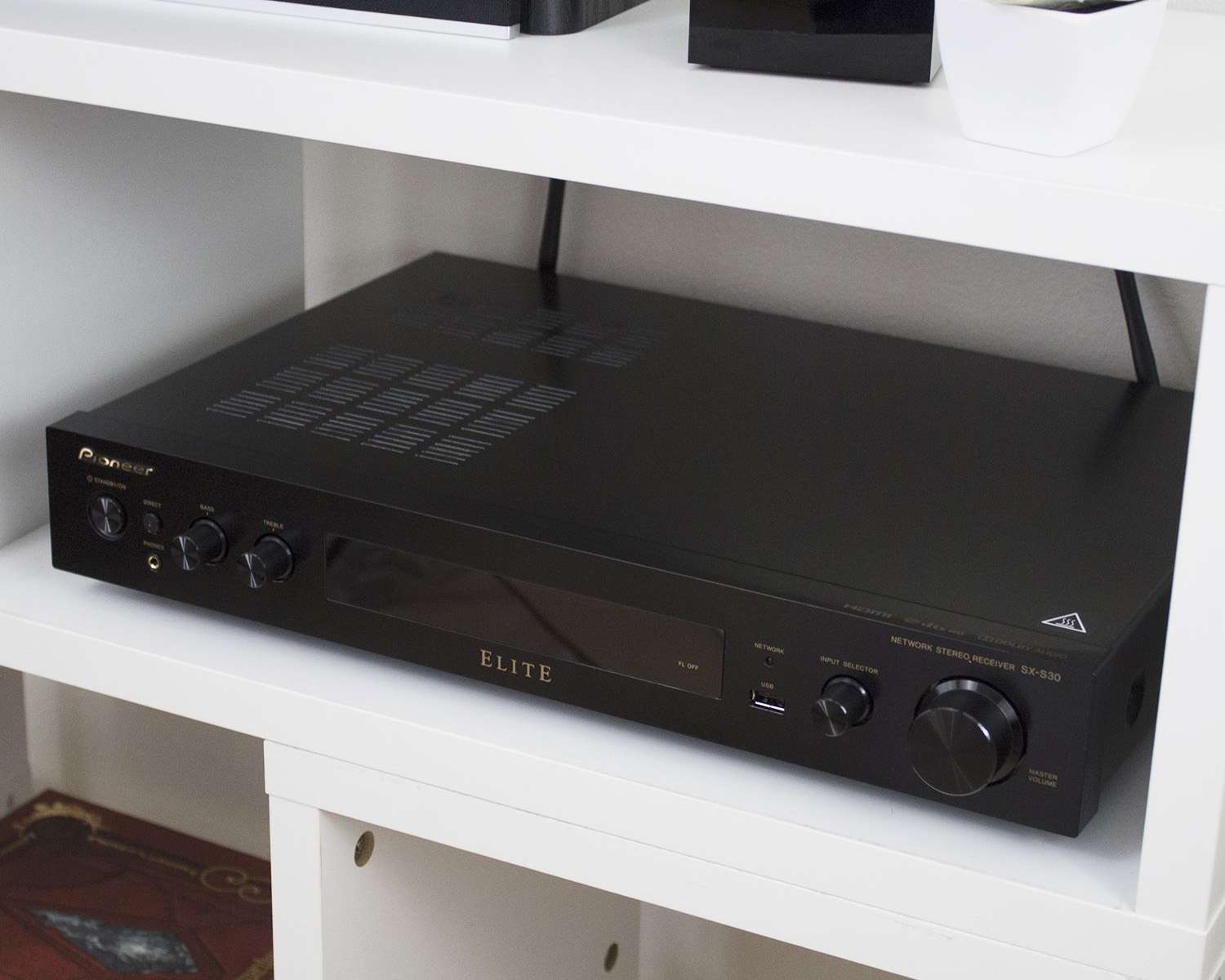 In terms of stereo receivers, the Pioneer Elite SX-S30 veers from what traditional stereo receivers offer. First off, the SX-S30 features a stylish, slim profile design and houses a modestly powered two-channel amplifier (about 40 watts per channel when driving standard 8-ohm speakers).

However, where it breaks from tradition is that, in addition to two-channel analog and digital audio inputs, it also includes 4 HDMI inputs and 1 output. The HDMI connections provide pass-through for video resolutions up to 4K as well as Audio Return Channel and 2-Channel PCM audio support.

Since the SX-S30 only has a two-channel amplifier and there are no provisions to connect more than two speakers, although a subwoofer preamp output is provided. This means that any detected Dolby/DTS and 5.1/7.1 PCM surround audio format signals are downmixed to two channels and processed in a "virtual surround" mode that produces a wider front sound field using the two available speakers.

As an added convenience, the SX-30 can also be controlled via Pioneer's downloadable remote app.

If you looking for a two-channel stereo receiver for a small room has some home theater receiver like features without all the bulk or need for lots of speakers, the Pioneer Elite SX-S30 might be a good choice.

"I found the Ethernet port to be the most reliable, but Bluetooth worked well enough as long as I was careful to keep my device in range and not obstruct it." — Jeremy Laukkonen, Product Tester

With a strong mix of features and sound quality, the Sony STRDH190 is a complete two-channel stereo receiver package. For audio listeners who want today’s sound, the NAD integrated amp sounds fantastic; pumping out 112 watts per channel, the Sony has enough power to push any subwoofer to its loudest volume. Digital connections on the rear of the receiver will help it connect quickly to an external subwoofer. Four analog inputs and one output connect to a CD player or other recording device. All totaled, the Sony can power up to two pairs of speakers.

For audio listeners who want to throw it back as well, this receiver can also accommodate such tastes. Phono input connects right to a turntable for breaking out vinyl hits from decades gone by. Once connected to a record player, the sound is as clear as ever. Fortunately, Phono input isn’t the only option as Bluetooth connectivity adds a bevy of additional options. Connect to a smartphone and play directly from the device or utilize Bluetooth standby. With the latter option, the receiver turns on from the paired device and starts playing.

"One handy feature that the receiver has is the ability to turn on from a paired Bluetooth device, like your phone, even if the receiver is in standby mode." — Jonno Hill, Product Tester

Cambridge Audio's AXR85 (view at Amazon) is our top pick because it delivers clear, incredibly accurate sound and features a multitude of inputs. It is sure to appeal to everyone from dedicated audiophiles to audio neophytes.

What to Look For in a Two-Channel Stereo Receiver

When purchasing your new receiver, check the supported wattage per channel on the device. This number will let you know what speakers are supported. When you select your speakers, make sure that their wattage is compatible with your receiver’s wattage.

If you plan on playing your music through your new receiver, consider how you will get your tunes from your smartphone or tablet to your speakers. Purchasing a receiver with built-in Bluetooth or other streaming technologies makes it an easier endeavor.

Will you be using your receiver just for music or also for your television setup? If you plan on watching movies with your speakers, ensuring that your receiver features HDMI pass-through ports will make for a more simplified watching experience and allow you to quickly switch between different TV devices.