Recording your favorite shows on your PC is easier than ever

The best TV capture cards and video capture cards will let users efficiently record a variety of media content on their devices at the highest possible quality. Video capture cards have also found new life in the last decade as powerful tools that let live streamers and content creators bring footage from game consoles to their audiences online. This means the best video capture cards need to be widely compatible and accessible to the average user.

Our pick of the bunch is the Hauppauge WinTV-quadHD PCI Express TV Tuner that can record up to four programs at a time and is complemented by a versatile software hub in WinTV.

If you are a gaming content creator who wants to make the most of their new video capture card, you may want to check out our list of the best current gaming consoles, so you can start collecting a backlog of footage for your projects. 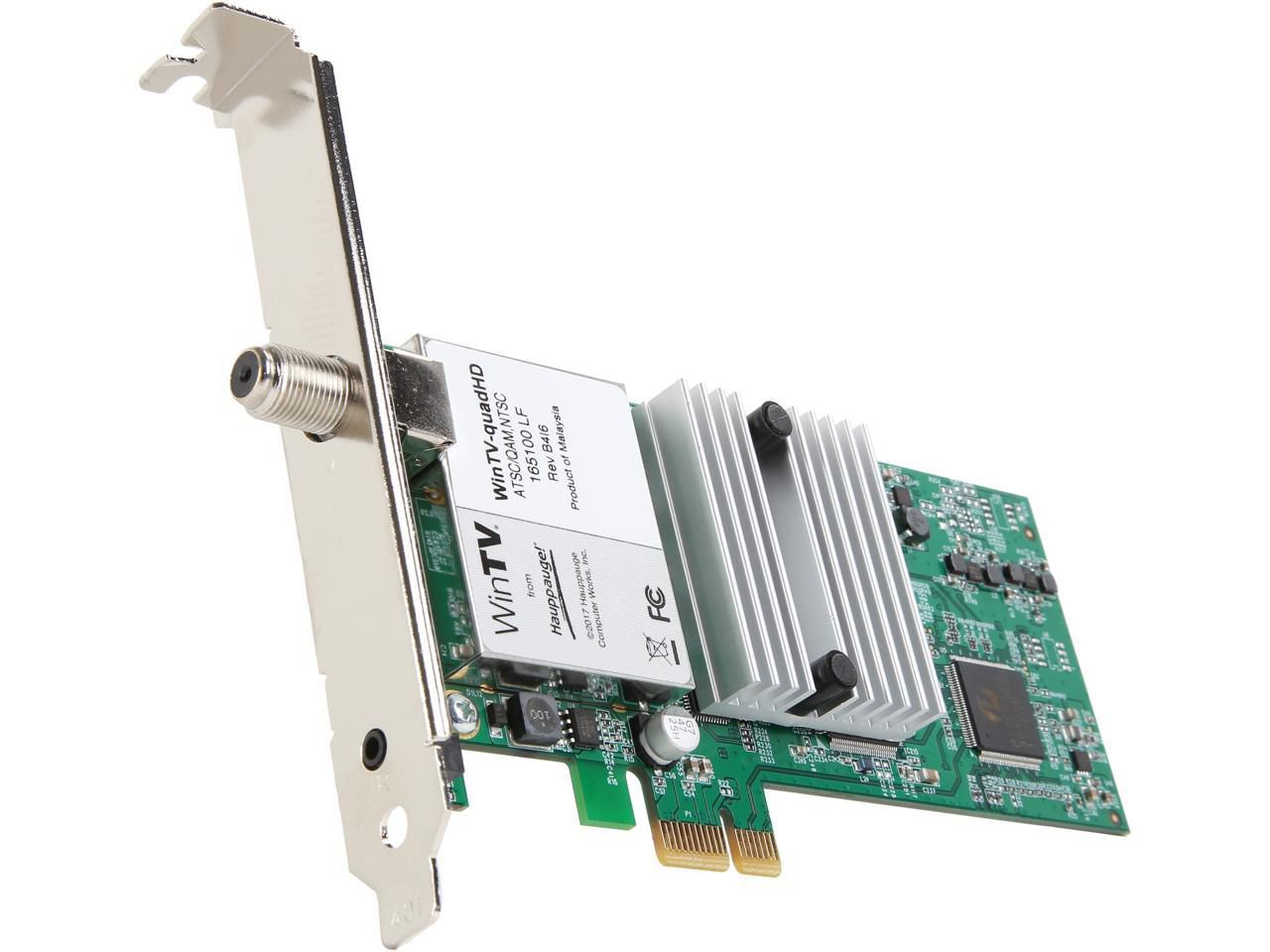 The Hauppauge Win TV-quadHD PCI Express TV Tuner is a fantastic integrated capture card that can record up to four HD programs at the same time while taking up just one PCI Express slot in your Windows computer. The card is complemented by the bundled WinTV software, which lets you view, pause, and record up to four shows at once on your desktop. Your programs will be displayed neatly through WinTV using picture-in-picture technology, though you can choose to hide or focus on the streams you need with ease.

You’ll also be able to choose which shows to watch while you record others and schedule your favorite programs to be recorded using the software, which adds to its versatility. Regarding compatibility, the Hauppauge card supports ATSC HD TV and Clear QAM digital cable TV standards, so you can find all of the shows you love quickly. Low system requirements make it easy to use with most modern computers, too, as it needs just 1GB RAM and a Core2Duo 2.93 GHz processor at minimum to efficiently run.

You’ll also get a remote control and a set of brackets in the box to ensure that the Win TV-quadHD can fit in desktop computers of varying sizes. It’s a great choice if you want a no-nonsense TV content capture solution at a great price. 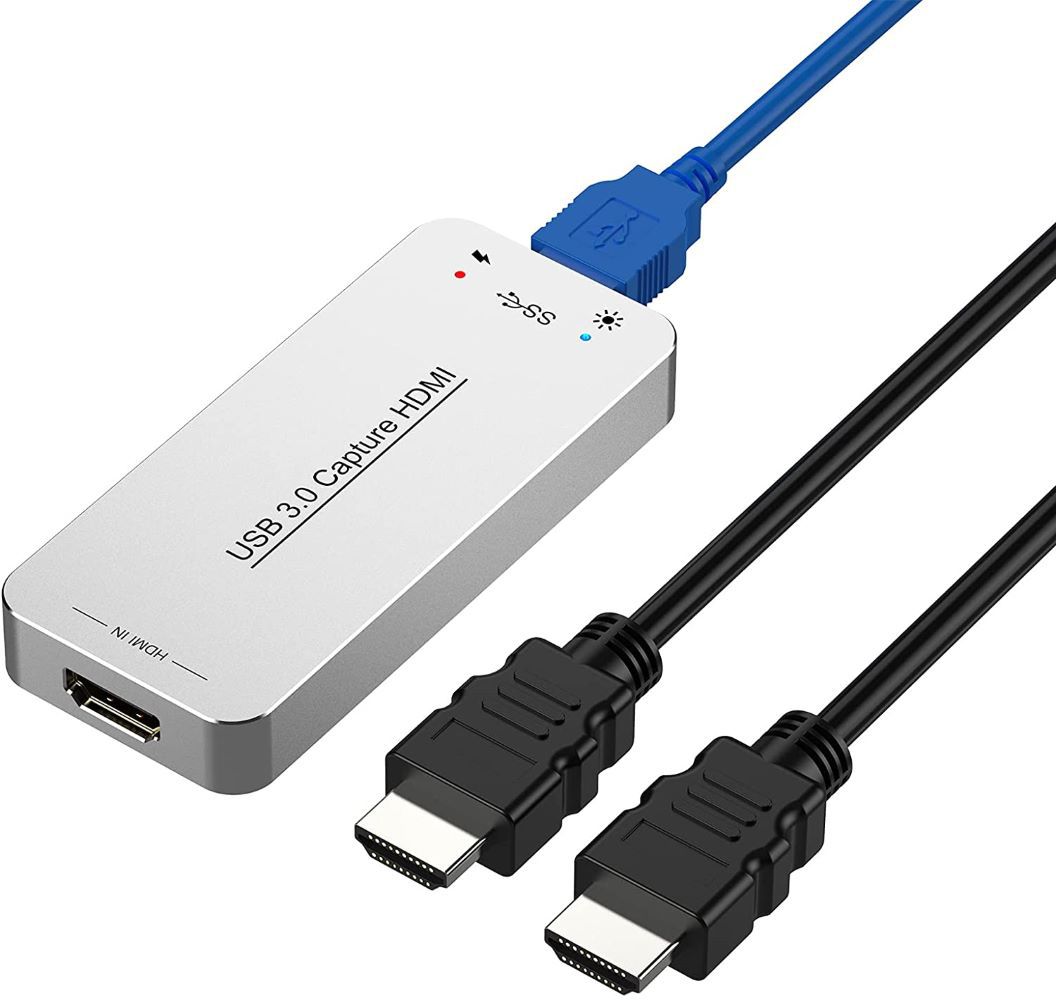 The DIGITNOW HDMI Video Card is widely compatible and uses a simple external HDMI and USB 2.0/3.0 connection strategy, so it’s an excellent choice for Mac users who want to get in on the TV and video capture card game.

Installation is simple. The DIGITNOW card is a plug-and-play device that doesn’t require any driver installation, and once you’ve got it set up, it integrates well with popular programs such as OBS Studio and XSplit. This will let you record TV or gaming content and quickly set up live streaming to social media channels.

While Mac-focused in this roundup, the card also supports other devices such as consoles, PCs, and Linux computers for added versatility. One drawback of the device is that it can only capture a single video signal, but if you’re looking for an affordable, small, and efficient Mac capture card solution, this is a great choice.

Courtesy of Amazon.com
View On Amazon View On B&H Photo Video
What We Like
What We Don't Like

The El Gato Game Capture HD60 S is an affordable video capture card that records at up to 1080p 60 FPS and works seamlessly with all major video game consoles. It’s the best option if you’re an ambitious gaming content creator or someone who just wants to record their finest moments and share them online. From first bloods to victory royales and everything in between, the HD 60 S has you covered, connecting to your system via HDMI and super-fast USB 3.0 ports.

Complemented by an accessible software package in Game Capture HD, the ElGato HD 60 S features integrated streaming, so your Twitch and YouTube feeds are only a few clicks away. A screen within the Game Capture software also provides the user with a constant low latency feed of their gameplay to record, edit, and commentate over. Even if you miss a significant clip while lost in the moment gaming, you can use the built-in replay buffer to scrub back and secure it in your video library.

As well as being extremely convenient to work with, the HD 60 S is also very portable, weighing in at just 3.7 ounces. You can sling the HD 60 S in a bag with a few cables and have a highly efficient game streaming and recording solution anywhere in the world. The downside is that it doesn’t support 4K capture or passthrough, but unless you’re a power user focusing on fidelity, you won’t need this feature, and it helps keep the price down. 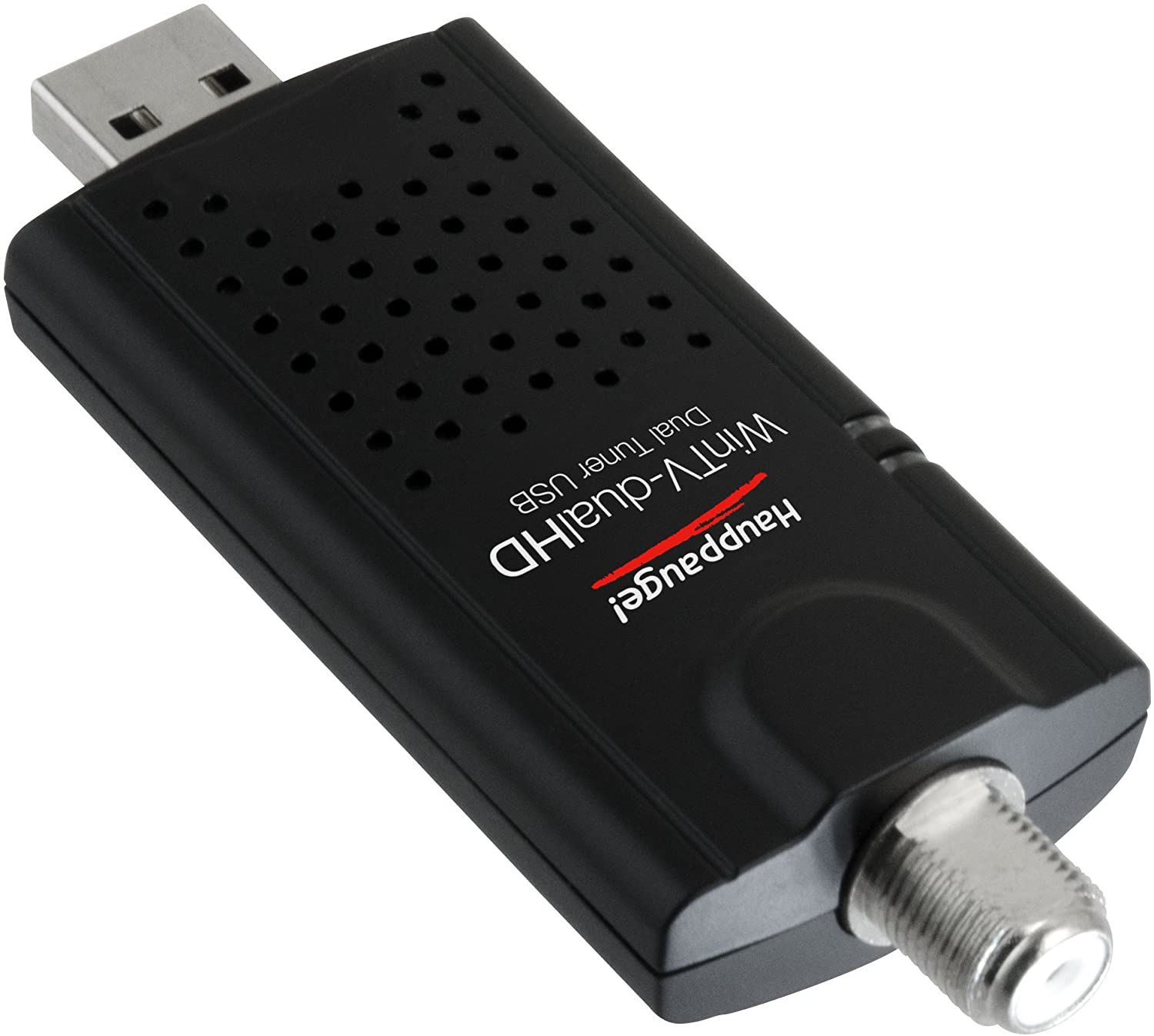 If you prefer a portable USB TV capture solution over an integrated one, the Hauppauge WinTV-dualHD TV Tuner is a solid investment. The dual-tuner technology allows you to record one TV show and simultaneously watch another. You can also watch two TV shows at one time using picture-in-picture in the WinTV app. It’s excellent for managing multiple sports events or multi-tasking between programs.

The device supports ATSC HD TV and QAM digital cable TV streams in standard and high definition, so there’s no compromise in stream quality. It’s also easily integrated with an existing Plex Media Server. The card comes with an antenna in the box for picking up local signals, as well as a USB extender so you can easily fit the small but weighted device in busy desktop setups. Portability is also a significant asset of the tuner—it could fit in your pocket for easy transport. 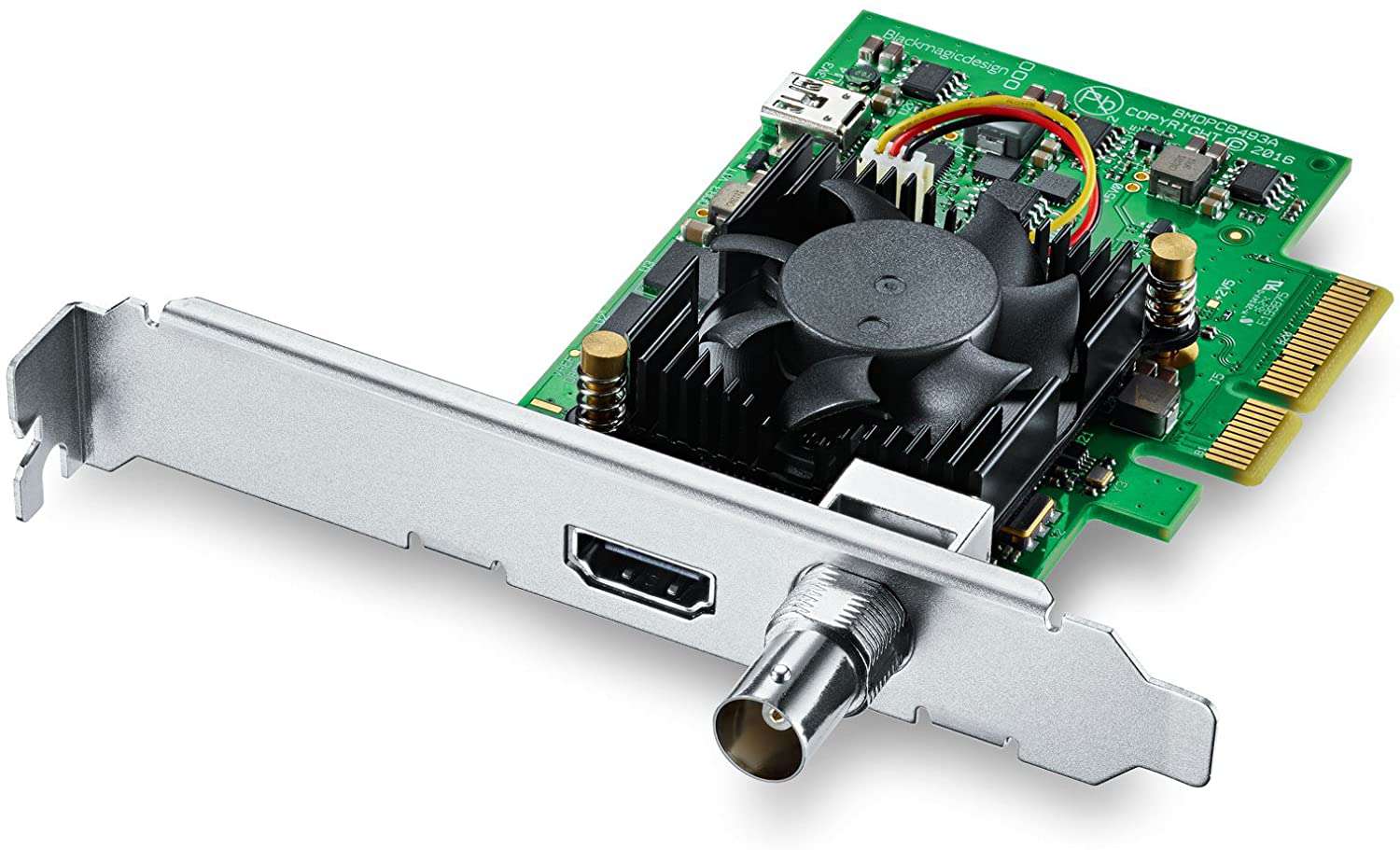 The Blackmagicdesign Decklink Mini Recorder 4K is an internal PCIe capture card that works across PC, Mac, and Linux. It is often associated with creative suite tools such as DaVinci Resolve, Premiere Pro and After Effects. It lets you record standard, HD, and 4K footage via HDMI 2.0a and 6G SDI ports, and supports a range of codecs.

As well as ingesting live camera footage, you can use the device to record up to 2160p 30 FPS footage, and it features a fan directly on the board to keep it cool while it’s churning through video signals. While the Decklink Mini Recorder 4K is most useful in professional video production, you can also hook it up to OBS and other streaming apps or create custom capture setups using the Blackmagic Desktop Video SDK. 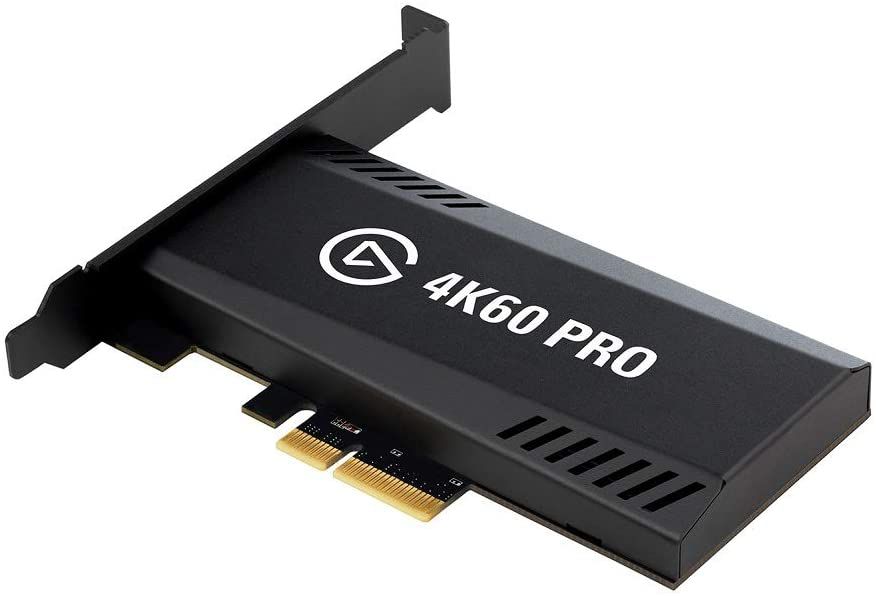 If you’re not satisfied with 1080p capture and want to make the leap to 4K, then ElGato’s Game Capture 4K60 Pro MK.2 is an attractive option aimed at serious professionals who don’t want to compromise on quality. As well as making your content easier on the eyes with HDR10 integration for a more vibrant image, the 4K60 Pro Mk.2 supports higher frame rates such as 240Hz at 1080p and 144 Hz at 1440p for ultra-smooth gameplay.

The PCIe slot-in setup is simple, and there is support for multiple cards on one system. This means you can have your PS5 and Xbox Series X linked up to one computer and swap between them on the fly when you want to stream or record on a specific device.

The 4K Capture Utility software is easy to use and offers support for live commentary and retroactive recording, so you don’t miss any critical in-game moments. It’s also compatible with popular apps such as OBS Studio, Streamlabs OBS and XSplit, so you can quickly pull an external video signal to one of your live streaming scenes.

Of course, all of this power comes with a price tag and some serious system requirements. You’ll need at least a 6th Generation Intel Core i7 or AMD Ryzen 7 processor to make the most of it, so those who don’t already own a powerful rig should look elsewhere.

The best TV capture and video capture card is the Hauppage WinTV-quadHD (view at Dell), which is unmatched in its ability to record up to four TV programs at once while taking up just one PCIe slot on your computer. With versatile software bundled in and low system requirements, it’s an excellent pick for those who want to cut the cord and record high-quality TV content.

If you’re more concerned with recording and streaming game footage, the Elgato Game Capture HD60 S (view at B&H) is the best option due to its portability and compatibility with all major consoles.

One major thing to consider when looking at capture cards is price. These devices range from cheap and cheerful to serious investments, so it’s worth thinking about what you need them for. If you’re just looking to record some live content or capture gaming highlights, then cheaper cards will suit your needs. However, if you’re an industry professional who will need to use a capture card on a daily basis, then getting more bang for your buck may be worth it.

When you’re in the market for a capture card you need to make sure that it will work with your current setup. This means taking into consideration your operating system (Windows, Mac, Linux) and the devices you plan to use the capture card with, as some are more tuned to TVs or cameras while others work best with game consoles. Similarly, you want to make sure you have free USB or PCIe ports so that you can actually fit your graphics card into your machine.

Many capture cards come with their own software so it’s worth evaluating which creative suite suits your setup and use case best. Gaming content creators can get a lot of mileage out of ElGato’s complementary software as it integrates well with services such as Twitch and YouTube, for example. You also want to make sure it is compatible with any software that you already rely upon within your workflows such as OBS or the Adobe Creative Suite.