Say goodbye to the traditional landline

The best IP phones work without any landline connection, offering good VoIPcompatibility and connectivity. It's also important for them to be easy to use, especially for adding and managing contacts.

If you're still keen on more traditional phones, check out our best cordless phones. Otherwise, read on to see the best IP phones to buy. 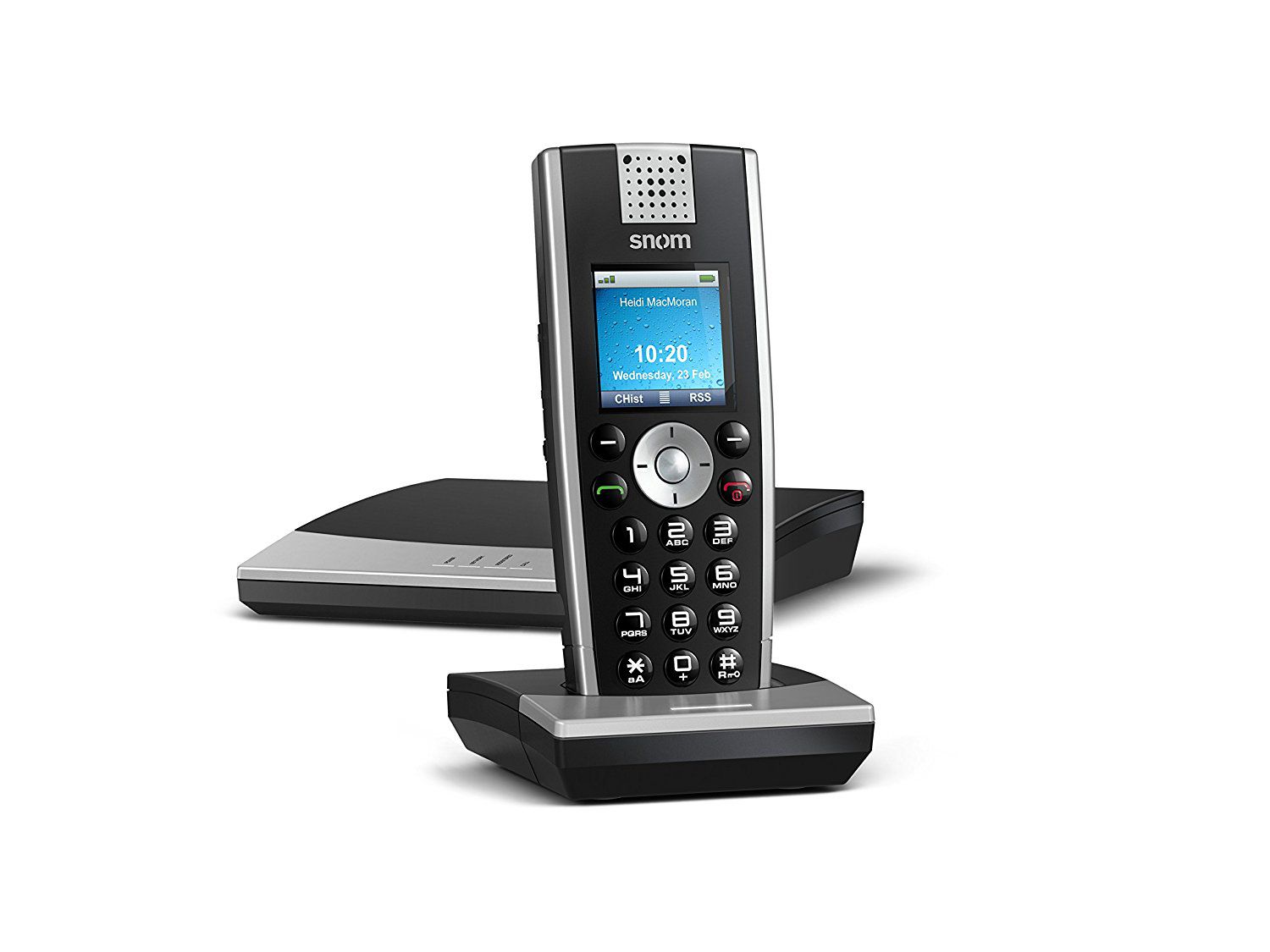 Courtesy of Amazon.com
View On Amazon View On Walmart View On Thetwistergroup.com

Released in 2013, the Snom 3098 M9R offers a terrific combination of both price and features. Capable of being integrated into several different SIP-based IP services, the M9R can support up to four concurrent calls with the ability to connect to nine handsets in total. While the M9R is designed to plug directly into an SIP-PBX integrated system, it’s not reliant on this and instead can be used as an internal intercom phone system. The handset supports more than 100 hours of standby battery time when away from its dock, as well as voice encryption (TLS, SRTP, X.509 certificate) for protecting calls over the open Internet. Additionally, the M9R offers a more standardized set of features such as a mailbox for messages, call waiting, call hold, call bridge and three-party conferencing. Finally, the 2.2-pound, 9.5 x 3 x 8-inch base station easily tucks away on a desk or on a table.

Grandstream’s DP720 wireless IP phone is a budget-friendly entry into the VoIP space and has support for up to 10 SIP accounts per handset. The base station requires a separate purchase, but once you’ve acquired both units, you’ll find the Grandstream to be an above-average choice. With a range of more than 300 meters outdoors and 50 meters away from the DP750 base station, the Grandstream is ideal for homes and small offices. Beyond its range, the Grandstream also affords buyers more standard business-like features, including speakerphone, three-way calling, a contact list, call logs and more.

Whether from the on-board speakerphone or from the earpiece, the full HD audio provides exceptional call quality. Setup is a fairly simple process that requires a little Internet know-how to assign devices to users, as well as connect directly to the Wi-Fi signal. The overall build quality complements the budget-friendly pricing to make the DP720 a fantastic choice for homeowners or office renters who want something inexpensive and reliable. 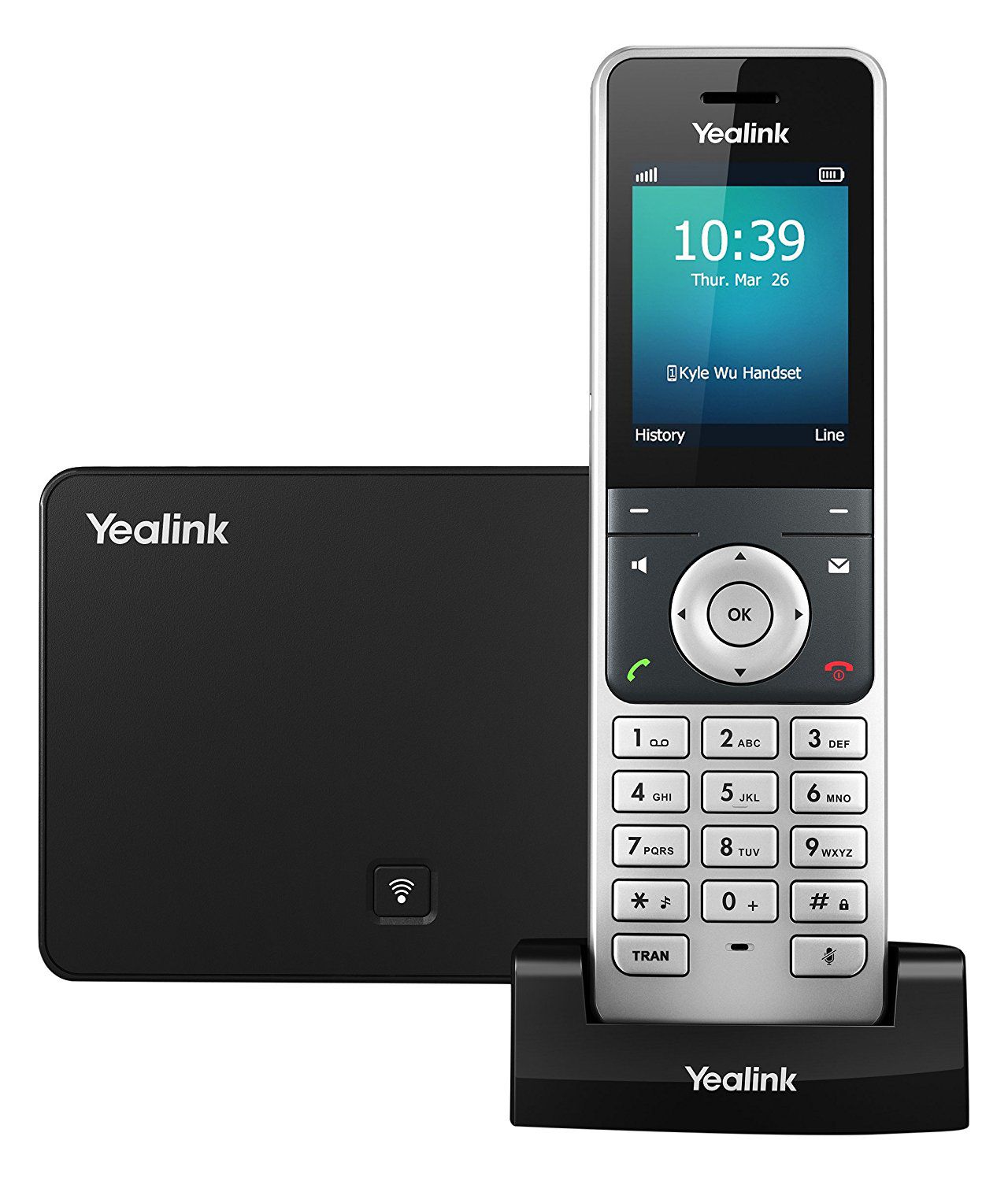 Released in 2016, the Yealink YEA-W56P cordless wireless IP phone has more than 30 hours of talk time per charge cycle and 400 hours of standby time. The W56P can hold up to four simultaneous voice calls (with HD Voice) and the inclusion of a 3.5mm handset jack will free up your arms and hands to perform other tasks. The 2.4-inch 240 x 320 display pales in comparison to a smartphone, but that’s expected. Beyond its display, the W56P shines with the capability to hold up to five handsets and five more VoIP accounts from the 5.8 x 1 x 4-inch, 1.7-pound base station. Additionally, there are a slew of business features, including paging, intercom and auto answer, as well as call waiting, mute, caller ID and voicemail. 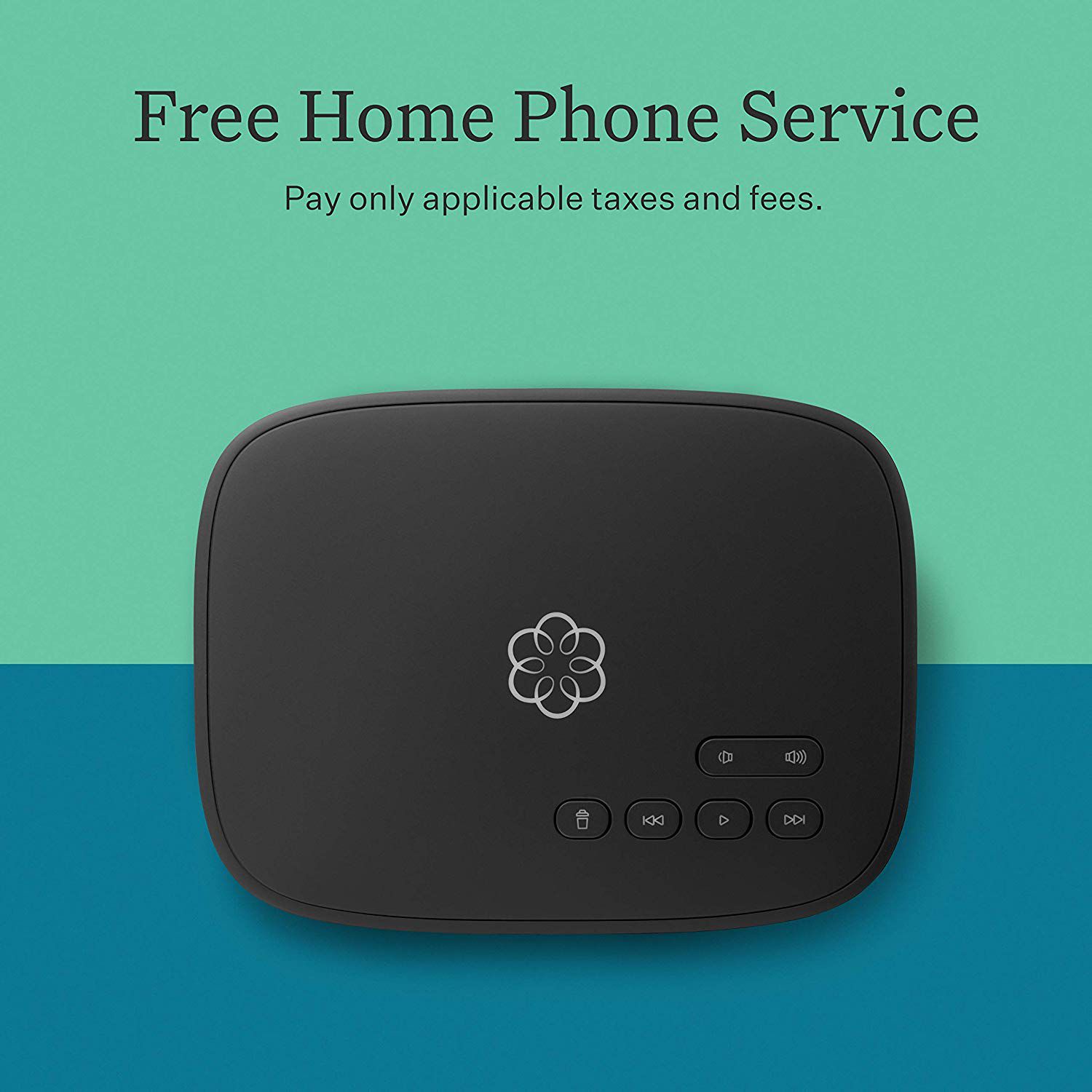 Offering its own wireless home service and billing, the Ooma Telo is a fantastic combination of attractive hardware without the traditional monthly fees. The setup time takes less than 15 minutes and you'll still be able to keep your existing telephone number. The Ooma Telo has standard features such as caller ID, voicemail, call waiting and 911, as well as PureVoice HD technology.

Beyond its feature set, the HD2 handset offers two-inch color screen and picture caller-ID with the ability to sync pictures and contacts from Facebook, Google, Yahoo, LinkedIn, Outlook and your Mac address book. Additionally, the HD2 utilizes DECT technology, so you can count on superior call quality and security without interfering with the existing Wi-Fi network. DECT technology also offers extended range away from the base, so you can feel free to move around the home or office without fear of losing a call. Requiring only a high-speed, fixed-line Internet connection, the Ooma service has a varied spread of pricing, including international calling, voicemail transcription, pay-as-you-go and more. 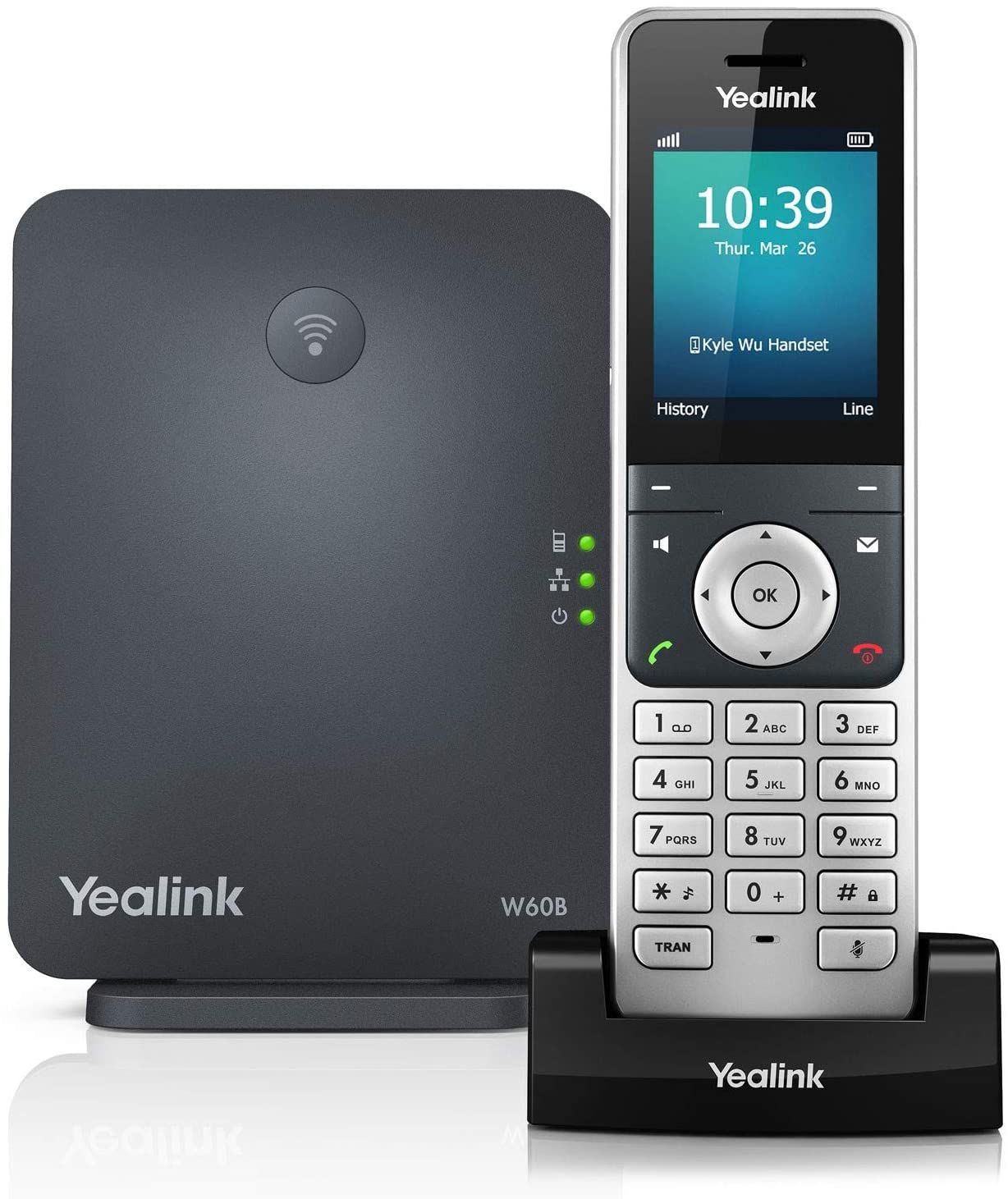 The Yealink W60P is an upgraded model of the W56P. It comes with a DECT base that can handle up to 8 handsets and concurrent calls at a time, making it a good choice for a business environment. The phone supports HD audio for clear wireless phone calls and has a 18 hour talk time and 240 hour standby time to make sure you get the job done. An extender base allows you to scale up your phone setup to meet your office needs.

We like the affordable Snom 3098 M9R (view on Walmart) because of its nice balance of price and features, particularly the voice encryption for protecting calls over the internet.

What to Look for in a Wireless IP Phone

Service compatibility - There is a wide range of VoIP phone providers to choose from, and it is vital that the headset you are selecting supports your provider of choice. Whether you have Skype, Vonage, Google Hangouts, or another internet phone service, check the device’s specifications to ensure that you’ll be able to use the device with your provider.

Headset support - Will you be the only person using your VoIP phone service, or will an entire office need access? While some headsets offer expandability, others are locked to a single device. If you need multiple phones, be sure to check the maximum number of headsets a system will support.

Contact integration - Moving over your contacts to a VoIP phone can take quite a bit of effort, especially if your selected device requires them to be entered manually. Consider choosing a phone that supports advanced contact transfer from your smartphone or computer if you have a large address book.