The 4 Best Wireless Printer Adapters of 2022

Wireless printer adapters offer a simple and cost-effective way of upgrading wired printers and connecting with them much more accessible. These small adapter devices allow older printers to join Wi-Fi/wired networks and receive print jobs from computers connected to a network.

Before getting a wireless network adapter, it's important to know which port your printer uses for connectivity. While some adapters are compatible with printers that use an Ethernet port, others work great with USB printers. Printer adapters usually also support multiple operating systems and only need some basic network settings updates to get up and running.

We researched some of the top products from well-known manufacturers like IOGEAR and StarTech to help you find the right one. Here are the best wireless printer adapters currently available. 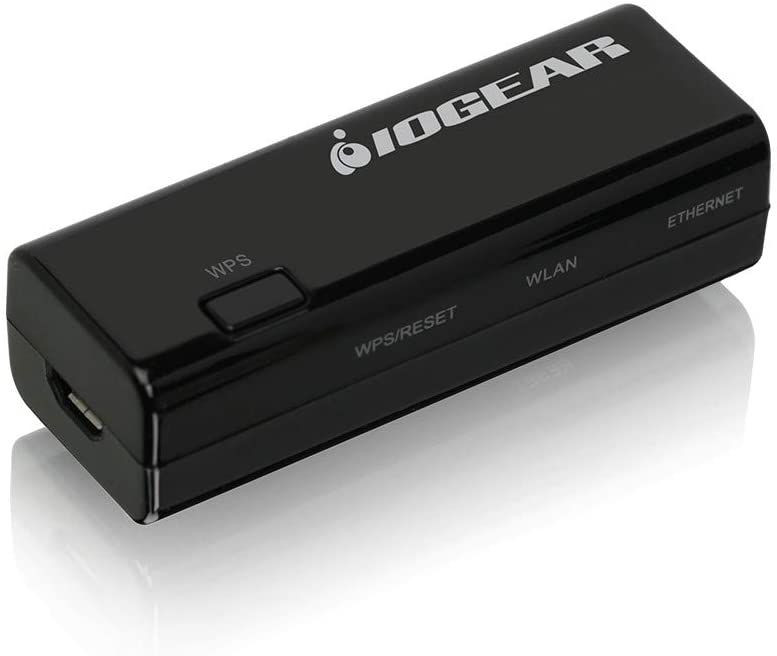 IOGEAR's GWU637 Ethernet to Wi-Fi Universal Wireless Adapter offers a simple yet reliable way to add wireless connectivity to just about any printer that has an Ethernet port. It works by creating a network bridge, allowing devices connected to a Wi-Fi network to communicate with the printer. Pairing the GWU637 with your existing Wi-Fi network is as easy as pressing the dedicated WPS buttons on the adapter and your router.

You can also configure the device manually by connecting it to a computer using an Ethernet cable, and the bundled instruction manual makes doing so a cakewalk. However, you may need to use Internet Explorer for manual configuration.

The IOGEAR GWU637 features dual antennas and can reach wireless transfer speeds of up to 300Mbps, which should be fast enough for any routine print job. You also get support for wireless encryption protocols like WEP and WPA, features that help secure the data you transmit, and a one-year warranty with this device.

The 7 Best USB Wi-Fi Adapters, Tested and Approved by Lifewire 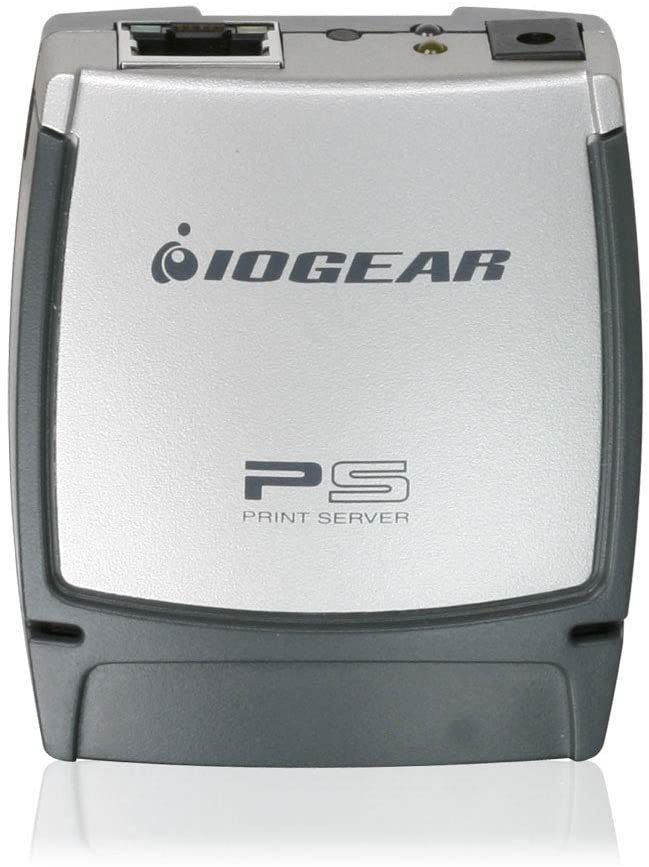 If you have a USB printer that you'd like to share with one or more computers on a wired network, IOGEAR's GPSU21 USB Print Server can handle the job. This device is backed by a three-year warranty and comes with two primary ports: an Ethernet port that allows connection to a router via an Ethernet cable and a USB port for connecting to your printer.

Once you set up these connections and turn on the GPSU21, some setup is involved, though it's mostly easy and well-documented (more so for Windows than macOS). You have to install the companion software from the included CD and decide on some basic network options. After that, you're ready to start printing. You can also configure most device settings via a web browser for added convenience. 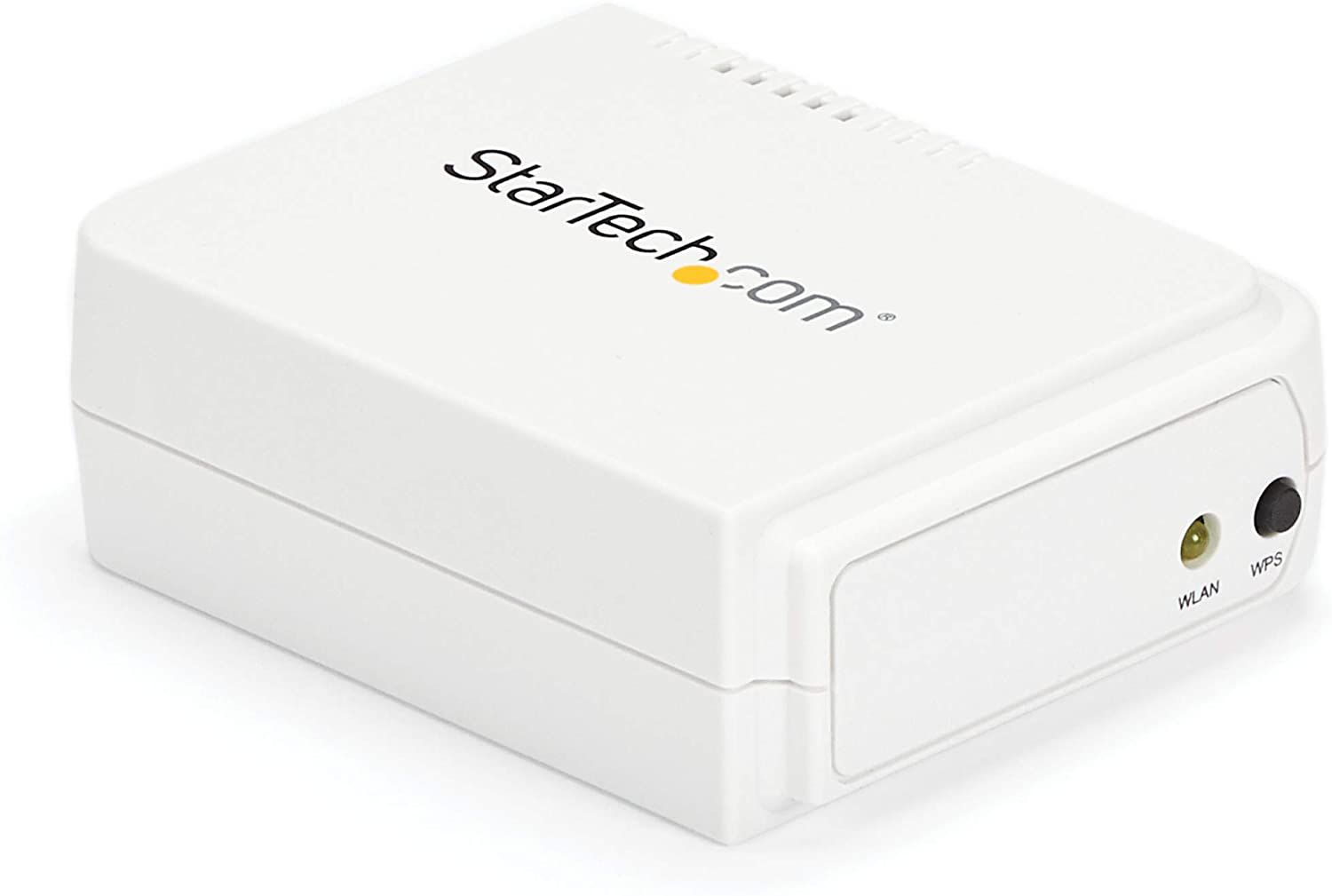 With StarTech's PM1115UW USB Wireless Print Server, you can easily connect any USB printer to a Wi-Fi network and then share it with multiple devices simultaneously over that network. It works well with both relatively modern and older wireless standards and devices. The PM1115UW also features an Ethernet port as a backup for wired connectivity if a Wi-Fi network isn't available.

After connecting the PM1115UW to your printer (via a USB cable) and powering it on, you need to hook it up to a router using an Ethernet cable. You only need to do this for the initial setup, which involves assigning the printer a static IP address so that other devices can always find it. Once you complete this step, you won't need to connect to your printer with a wired connection.

The 8 Best Powerline Network Adapters of 2022

If there's one thing that gives X-MEDIA's XM-PS110U USB Print Server an edge over competing products, it's extensive compatibility. The device is compatible with more than 320 USB printers from several manufacturers, including popular brands such as HP, Epson, Canon, Lexmark, Brother, Xerox, Sharp, Ricoh, and Panasonic.

It's powered by a 5-volt external adapter and features a high-speed microprocessor that handles print jobs quickly and efficiently. You also get support for all major network protocols and can manage most settings from a web browser. Other notable features of the X-MEDIA XM-PS110U are the built-in POST (Power On Self Test) to ensure the device runs properly, multiple status indicator lights, and a compact yet lightweight design.

If you have an old printer in your home (or office) that you want to make wireless, our top vote goes to IOGEAR's GWU637 Ethernet to Wi-Fi Universal Wireless Adapter (view at Amazon). Its WPS button makes joining Wi-Fi networks an effortless task, and you also get fast printing speeds. We suggest going for StarTech's PM1115UW USB Wireless Print Server (view at Amazon) if you have a USB printer. It works well with most Wi-Fi networks, and there's even an Ethernet port if you need wired connectivity.

What to Look for in a Wireless Printer Adapter

It's important to know how you'll connect to your legacy printer to get the correct wireless printer adapter. Some adapters use an Ethernet port for connectivity and only work with printers with an Ethernet port. Other adapters come with a USB Type-A port and are only compatible with USB port printers.

Even though wireless printer adapters are fairly small devices, they need an external power source to work. You can power some by the USB port (if available) of the printer they're meant to be connected with, while others need a power supply outlet. You should decide which adapter suits your needs the best based on your printer's location or port availability.

Since most wireless printer adapters use standard network protocols, they're usually compatible with all major operating systems (OS). That said, you still might want to check if their accompanying software (e.g., installation utilities) is available for your preferred OS. Also, the web-based management interfaces of these adapters may not work with modern browsers such as Firefox and Google Chrome.

Rajat Sharma is a technology writer and editor with more than eight years (and counting) of experience. He has tested/reviewed numerous gadgets over the course of his career so far. Prior to joining Lifewire as a freelance contributor, he worked as a senior technology journalist with two of India's biggest media houses: The Times Group and Zee Entertainment Enterprises Limited.

Rajat conducted in-depth research on more than 10 wireless printer adapters from several brands. He also read more than 100 reviews (both positive and negative) and cross-verified information from the products' official websites to finalize his top picks.