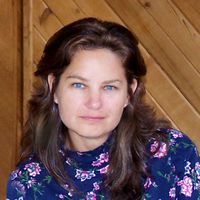 When your budget is tight, cut the cord and switch to entertainment apps like Netflix. There are several programs like Netflix that offer free TV streaming and free movie streaming.

You don't need a special streaming device to play free TV shows and movies. These services have mobile apps so you can start a show on your smartphone or tablet and cast the show to a smart TV.

While you won't pay a subscription to watch free streaming, these apps play commercials during movies and shows.

These are our favorite 10 free streaming apps that are easy to use, play on a variety of devices, and contain tons of viewing entertainment.

Watch Your Favorite Shows on Any Device: Pluto TV

When you want free movie streaming and free tv streaming that you can watch on any device and have a ton of options, check out Pluto TV.

When you can't find something to watch in the live TV channels, search through the thousands of on-demand movies. You'll find action movies, top TV series, sitcoms, and drama.

Pluto TV also has a large selection of family-friendly programming. There's a dedicated family section, episodes from the Discovery Channel and Animal Planet, and documentaries.

Tubi offers thousands of on-demand movies and TV shows. As with most free streaming services, Tubi doesn't offer the latest releases of major box office movies. However, you will find some interesting titles. The search function in Tubi is awesome. Enter a few characters or a random word, and you're presented with a curious list of interesting and unfamiliar titles.

If you have a smart TV from Samsung, Sony, or Vizio, the Tubi app is installed on the TV. There are also mobile and tablet apps for Android and iOS, and you can watch Tubi in a web browser.

Xumo offers a variety of TV channels that are similar to those found on broadcast TV. The Xumo app opens with a list of about 200 channels of live streaming content. You'll find food and travel shows, comedy channels, lifestyle stations, music shows, and more.

The list of on-demand movies and TV shows is long. The best way to find a show is to browse the dozens of genres and collections. The search function doesn't work too well and doesn't return results for very many movies.

Xumo powers more smart TVs than other programs like Netflix. If you have an LG, Vizio, Sharp, Philips, Magnavox, Panasonic, or Sanyo smart TV, Xumo is available for free. Xumo also works with Roku TV, iOS devices, and Android devices.

Not everything on the Vudu streaming service is free. Most of the movies and TV shows are available for rent. However, the free category has thousands of comedies, indie films, TV classics, anime, kids shows, and special collections.

Watch Vudu on your favorite device. Cast from Android, iOS, and Windows 10 devices to a smart TV. Use your Xbox or PlayStation game console. Or play on your Apple TV, Roku, or Chromecast streaming device.

Many people have a collection of streaming apps on their devices. Instead of browsing through each app individually, use Yidio to search for a movie. Yidio shows which movies are playing in which streaming app. You can even start a streaming app from Yidio and watch the show.

If you're looking for original content, check out Crackle. Crackle is sponsored by Sony Pictures and offers new and iconic hits. You don't need a subscription to watch Crackle premium TV shows and movies, but a free account comes with fewer ads and the ability to watch a show across multiple devices.

You'll also find a long list of award-winning movies, including action movies, cooking shows, horror films, kids' TV shows, and documentaries. There's also live concerts and classic albums. If you've spent too much time indoors and want to escape to the outdoors without leaving the couch, check out the nature and outdoor life collections or the international film genres.

Here's where you can watch FilmRise:

Many broadcast network TV stations also provide free TV streaming. Of these stations, NBC does it best. Along with current episodes of their lineup, NBC also streams movies. You'll find recent movies that you won't find on other streaming services.

Along with a movie category, NBC streams the current season of all its shows, selected past seasons of some shows, and all episodes in all seasons of selected throwback shows. Some shows are free to watch. Other shows are locked and require an NBC account or a TV provider.

The NBC app supports a variety of platforms. Use the app on a mobile device, gaming console, smart TV, or streaming device.

Catch Up with Your Favorite Shows: The CW

The CW is another free tv streaming station that plays the current season of its lineup. So, if you watch broadcast TV and miss an episode of your favorite TV show, you can stream the episode the next day.

If you want to binge watch older TV shows, The CW Seed is where you'll find them. You'll find shows like Pushing Daisies, Supernatural: The Anime Series, and Everybody Hates Chris there.

A search for free TV streaming reveals specialized channels that cover a specific topic or genre. If you like crime stories and stories about people's lives, give A&E a try. If you choose to set up a free account with A&E, you also get access to their History, Lifetime, Vice TV, FYI, and Biography channels.