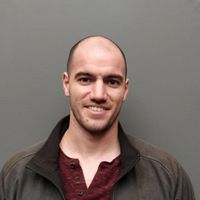 Mark Thomas Knapp
Writer
Mark Knapp has been a technology feature writer since 2012. His work has appeared in publications such as The Cheat Sheet and TechRadar.
our editorial process
Mark Thomas Knapp
Android

There will be plenty of times that you may want to share something you've found on your phone with a friend or simply want to save for a later date, such as a copy of your travel itinerary. Using the Android screenshot feature makes it easy to create a copy of whatever you see on your screen, so you can quickly save the information to your device or send it over to a friend. Thankfully, it's easy an tool to use. Here's how to take a screenshot on Android phones, using several different methods.

How to Take a Screenshot on Android: Hardware Method One

How to Take a Screenshot on Android: Hardware Method 2

If simultaneously pressing the Power and Volume Down buttons is difficult, you can use an alternate method to screenshot on Android. This is not as quick, though, so if you're trying to capture a screenshot of a specific point in a video, rewind it some to prepare.

How to Take a Screenshot on Android: Hands-free with Google Assistant

Finally, if you want to take a screenshot on your phone without needing to touch it, recent versions of Android will let you do so using Google Assistant. So, there's a hands-free way to screen capture on Android. You'll just need to ensure you have set up Google Assistant on your device with access to your screen. This method is also tricky to time, so it's better for capturing screenshots of static visuals than videos.