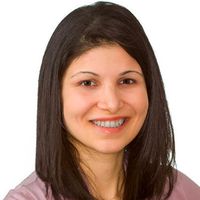 With a focus on new games rather than the upcoming PlayStation 5, Sony’s latest State of Play event generated some interest, but not any real excitement about new releases. The dampened excitement may translate to fewer day-one purchases or more people buying competing consoles like Microsoft’s Xbox Series X.

Sony did focus on racially diverse characters and female protagonists this time around, though, and while the effort may not drive blockbuster sales in the current economy, it’s necessary for a more inclusive gaming community.

Many of the new games mentioned during State of Play felt more like updates of familiar classics rather than new experiences, with many numbered releases, including Crash Bandicoot 4 and Spelunky 2.

A gamer who wished to be identified by her Twitch name, Rahne, thought the heavy focus on remakes or sequels was a good idea: “Breathing fresh life into those titles... is a brilliant marketing tactic that gets more recognition to these smaller developers and studios that—now, more than ever—need more support!”

Aside from a glut of sequels, the games showed off more diversity in characters, allowing players to control more side and ethnically diverse characters. This trend mirrors the industry as a whole, which has made strides toward more representation for non-white, non-male characters of late.

“I’ve been playing Pokémon since the old days. Once they remade the Red and Blue games and you could play as a girl, I got super excited,” explained Areol Ewing, who livestreams on Twitch at AreolTheJinx. “It changed nothing about the game at all, but the fact that I could be a girl meant so much to me. Then, when they came out with the [Nintendo] 3DS and I could be a Black girl, I almost cried. I’ve been playing this game my whole life, and I can finally be myself,” said Ewing.

Gamer Lauren Hamilton, who works at Six Wing Studios on a gamified mental health app, is drawn to games that help players broaden their own understanding of themselves and others. “The only way to make [gaming] more welcoming is to have a greater diversity of people in the room,” she said.

Hamilton credits greater inclusivity to the success of games like Epic’s Fortnite—there’s an equal number of female and male characters, and various skin tones, though purchase is required to use them. “Girls sometimes think they’re not as good at video games, but with newer games like Fortnite, you can get help from other players, talk to each other about things, and build each other up—if you don’t think you’re as good as the others, it’s okay.”

If this game was made at the cost of the employees' mental, physical, and financial health, do I really want to support this game?

There’s still a ways to go, of course, to improve the gaming industry as a whole. Gamers are more tuned into the news and industry practices and developments influence their buying decisions.

Take, for example, “crunch,” the massive push to finish a game before launch that involves long hours, many (often conflicting) corporate demands, and no sleep, leading to both game developer burnout and a worse product. The developers of the State of Play-featured game Aeon Must Die reportedly walked out due to crunch.

Ewing stated that crunch influences her buying decisions, saying, “I want to support good working conditions. If this game was made at the cost of the employees' mental, physical, and financial health, do I really want to support this game?”

Sony has kept silent on the details of its upcoming console hardware, set to launch later this year, despite showing off a number of PS5 releases. That doesn’t sit well with some.

One gamer, who requested to be identified via her Twitch handle PleasantlyTwstd, said: “[Currently], I would not get the PS5, since many of the games I'm interested in are on PC, PS4, or both, and I have a decent high-end rig and a PS4,” she told Lifewire via email. “Perhaps in the fall… we will hear more about the PS5, its cost, and what exactly sets it apart, and I may have a change of heart.”

Others expressed enthusiasm, such as self-described “Sony Pony” Anthony Flarida, who hosts the video game podcast “Dads, Beards, Nerds.” "PlayStation 5 will be a must-buy within the first month of launch,” he told us. “With specs aiming towards more [usability], I'm looking forward to playing games with less loading times, and more time spent in game enjoying the story and game mechanics."

Regardless of which camp you fall in, the anxiety around waiting for a new console is something companies use to drive consumer interest. We’ll likely hear more as we get closer to the launch date this holiday season.

A Love of Gaming

With major in-person video game conferences such as E3 and Pax West cancelled due to the COVID-19 pandemic, Sony’s State of Play succeeded in building intrigue and enthusiasm. While it’s unclear what’s next for PlayStation, not to mention the world, games continue to become inclusive due, in part, to reforms to end toxic company practices like “crunch.” Despite all the uncertainty, the video game experience continues to improve—for both creators and players.