A classic hi-fi bookshelf design paired with some modern conveniences 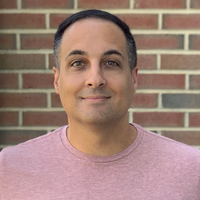 The Sony CMTSBT100 Micro Music System is something of a bridge product between the technology of yesterday and the technology of today, although it doesn’t necessarily fully serve either need. However, if you’re looking for a classy bookshelf stereo with excellent sound quality and a variety of features, like CD, AM/FM, USB, NFC, and Bluetooth support, the CMTSBT100 makes for a great buy.

Buy on EBay
in this article

We purchased the Sony SMTSBT100 Micro Music System so our expert reviewer could thoroughly test and assess it. Keep reading for our full product review.

Although not necessarily a dying breed, bookshelf stereo systems have been declining in popularity in the past few decades. But there’s a certain charm to the bookshelf stereo system design, and, if your needs include playing CDs or listening to AM/FM radio, then something like the Sony SMTSBT100 Micro Music System packs features that today’s more streamlined speaker designs eschew.

We tested the CMTSBT100 to see if it meets the needs of both fans of legacy and today’s audio formats, and what (if any) compromises have been made along the way.

Although referred to as a Micro Music System, the CMTSBT100 is only small in the classic bookshelf stereo sense. The main component, or center console, is over 11 inches wide and over 8 inches deep, while the separate stereo speakers are each over 9 inches tall, 6 inches wide, and, with their removable fabric grills attached, 8.5 inches deep (8 inches without). Of course, you’ll also need some extra depth for the cabling, as well as space to place the AM and FM antennas.

Nevertheless, if you’re buying a bookshelf music system, then you already know and appreciate that it’s not something you want to tuck away in an out-of-sight nook. It’s meant to sit proudly on display on the flat surface of your choosing. Fortunately, Sony created an extremely attractive design with the CMTSBT100, with mostly black coloring and silver accents. It’s a classy, classic look and should fit in well with most modern decor.

The center console is surrounded by a black plastic case. The front of this unit is split between a clear upper half that features a blue LED display that sits above the silver-backed controls, CD tray, headphone jack, and USB port. A large chrome volume dial sits between the display and controls, to the right.

It’s a classy, classic look and should fit in well with most modern decor.

Each black speaker, which attaches with an included cable to the rear of the center console, is housed in an all-wood enclosure. The wood sides have a nice texture and help to enhance overall sound quality. The fabric speaker cover is removable, letting you showcase the two-way woofer/tweeter and creating an entirely different aesthetic should you want one.

Setup Process: Easier than it seems

Although the fold-out operating instructions that come with the system are intimidating, with their detailed component, remote, connection, and function diagrams, the actual setup is pretty simple.

You attach four rubber feet to the bottom of each speaker, which help minimize vibrations and keep the speakers in place even at the highest volume levels. The two speaker cables, which have a grey connector for plugging into the back of either the right or left speaker connector on the center console, have naked wire connectors on the other end that plug into the color-coded red and black inputs on the back of its respective speaker.

The AM/FM antenna has a combination AM loop antenna and FM lead antenna, which is just a long, thin wire, that both terminate in one white connector that plugs into the Antennas input on the rear of the center console. Although there’s some length to the cables, we were able to get good reception leaving them on the same table as the CMTSBT100.

The remote is chunky and looks out of place with the sleeker design of the main unit, but it does allow easy access to far more features than is possible from the controls on the center console.

And that’s about it—a few connections, including plugging the center console into a power outlet, and you’re off. As stated, there’s a lot of detail provided in both the operating instructions and on the remote control, but it’s only as complicated as you want (or need) to make it.

You can also turn on a small white accent light from the remote that shines underneath the center console. In a clever touch, blue is added to the white whenever Bluetooth is selected, although it would have been nice to have different colors for some of the other inputs as well.

Selecting CD starts reading whatever standard audio CD or CD-R/RW discs filled with MP3 format files is placed in the powered disc tray. Selecting USB lets you play MP3, WMA, or AAC audio files stored on a USB memory stick, drive, or media player. The Bluetooth option connects a previously paired Bluetooth device and also lights up the Bluetooth/Pairing button on the front of the console. Up to 9 Bluetooth devices can be paired before the system overwrites the pairing with the first device in its list.

While manually pairing a Bluetooth-compatible is arguably one of the easiest ways to wirelessly connect modern devices, there’s an even quicker way via what’s known as NFC, which stands for Near-Field Communication. If you place a compatible device that has an NFC-compliant app on the top of the N symbol above the Sony logo on the front of the center console, it should automatically connect over Bluetooth. Tap the device on the same spot and it should then automatically disconnect. Many Android devices running version 2.3.3 or later are compatible with this NFC feature.

Pressing TUNER switches between FM and AM radio signals. You’ll of course need reasonable placement of the included antennas to get decent reception, but we had no problems tuning in several local AM and FM radio stations in our area with nothing more than the CMTSBT100 and its antennas.

While it’s convenient having the time displayed, the LED display has no real limitations other than the limited number of letters or numbers it can show without scrolling. It’s a shame then that display of tracks or file names, artist names, and album names are limited to properly encoded ID3 tags on MP3s played from a CD or USB device. All other user sources, including Bluetooth, display only basic info. On the plus side, despite the small size of the screen, because of the nature of this display technology, it’s clearly visible and very easy to read even from across a room.

Audio tests across all inputs produced excellent results, which were obviously dependent upon the quality of the source material. Sound from CD was crystal clear with decent bass. Playback of other types of audio, like from podcasts and audiobooks, sounded great as well.

Setting the BASS BOOST function to ON increased overall volume and boosted the bass to more pronounced levels, but didn’t overpower the sound profile. Of course, you can also manually adjust the bass and treble levels higher or lower, depending upon your own tastes.

We had similarly excellent results playing music over Bluetooth with our Apple iPhone Xs Max. Whether it was downloaded music from our iTunes library or music streamed from Spotify on the Very high setting, it all sounded great.

Of note is that volume levels go from 0 to 31. Sound is barely audible over the speakers at 9, let alone lower, while 31 is quite loud, though hardly room shaking. Using a sound level meter from about 10 feet away at Max volume with BASS BOOST set to ON, we measured maximum dBA peaks in the upper 70s, which is comparable to the sound of a freight train rolling by from approximately 50 feet away. Unless you plan on using this sound system outside of a normal home setting, these volume levels should be more than sufficient. And fortunately, even at max volume, there’s no distortion whatsoever.

Using Razer Kraken Pro headphones connected to the 3.5mm headphone jack on the front of the center console, we achieved similar results when listening over speakers. A volume level of 9 was barely audible, while Max volume was still nice and clear, if a bit too loud for comfort.

As long as you can lock in on a good stereo single, which is confirmed with little red STEREO wording above the blue LED characters, you’ll be pleased with the output from FM radio. If properly encoded, you’ll even see extra information like station ID, artist name, and song name. Again, it’s a shame that this same type of info isn’t available over Bluetooth.

At $200, the SMTSBT100 is not inexpensive, but it does offer good versatility and a nice feature set if some of its obvious limitations don’t affect you. Of course, what is arguably the most important factor when judging the value of something like this is sound quality, and in that area, the SMTSBT100 doesn’t disappoint. Paired with its classy design (only dented slightly by the chunky remote), this sound system should definitely satisfy for the money.

Denon D-M41 Stereo: If you’re after more substantial build quality and a greater number of physical inputs and outputs, the Denon D-M41 is worth a serious look. However, at a hefty retail price of $500, you’re paying a significant premium for its extras.

Although it’s hard to unequivocally recommend the CMTSBT100 over some other types of speakers that are better optimized for today’s streaming devices, if you’re looking for this type of component design and need legacy features like a CD player and AM/FM radio, this is a great setup for the money.