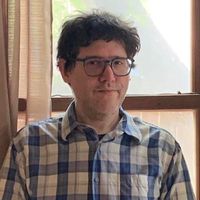 If you own a mid-range or flagship Samsung phone, you may have access to a new feature that provides a temporary speed and power boost.

Samsung has begun quietly rolling out a new feature called RAM Plus that extends the amount of RAM available on the phone by using 4GB of onboard storage as virtual memory. Windows-based computers do something similar when physical memory runs out. The feature was first discovered on Samsung’s high-end Galaxy A52 5G, but according to SamMobile, it's already available on more flagship and mid-grade models, including the recently released Galaxy Z Fold 3.

Smartphones get slower over time, so RAM Plus could be a boon for users who are fine with sacrificing a bit of storage for speed. Of course, the feature is dependent on having at least 4GB of onboard storage to spare.

RAM Plus arrives via a software update, and a full list of supported devices is not yet available. You can check to see if the feature is working on your Galaxy device in the Battery submenu of Settings.

While it's unclear which phone models will get the update, historically, Samsung has rolled out new features from the top-down, meaning flagship and mid-grade phones get the updates first, followed by more budget-friendly models.