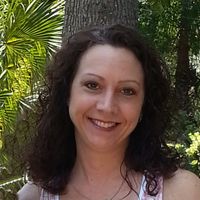 This article explains how to record a FaceTime call on your iPhone, iPad, and Mac. The instructions support iOS 11 or later, iPadOS, and macOS Mojave or later.

Record a FaceTime Call on iPhone and iPad

As with many Apple things, recording a FaceTime call is the same on iPhone and iPad. So, although the screenshots below display iPhone, you can follow the same steps on your iPad.

If you want to edit the video you capture after your call to remove the opening of FaceTime and connecting to your pal; you can do so.

Can You Screen Record FaceTime With Sound?

Even though the screen recording tool on iPhone and iPad does offer a microphone feature, it will not record the audio for a FaceTime call.

You’ll notice that if you enable the microphone for the screen recorder and place your call, only the video will record. You won't hear any sounds in your recording except those from your device before and after the FaceTime call.

Can You Screen Record a Video With Sound?

For help setting up a video call that you can record, check out the following how-tos for the right service for you.

As a courtesy, you should inform the other person that you are recording the video call with sound.

Record a FaceTime Call on Mac

Like on iPhone and iPad, you can edit the video after your call to remove the opening of FaceTime and connecting to your caller if you like.