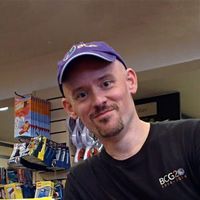 The Samsung Separate App Sound feature allows you to play music from your smartphone from one app to a Bluetooth speaker or headphones while still receiving call and message or system alerts and notifications. For example, you may want to listen to music on your headphones, but you don't want the music interrupted by a call. When the feature is on, you’ll still hear system sounds from your smartphone’s speakers, such as alarms and the ringtone to alert you of an incoming call, so you can pause playback yourself or ignore the call or alarm.

The Separate App Sound feature is available on Galaxy S8, S8+, and later smartphones that run Android 7.0 (Nougat), which is the default operating system for the Galaxy S8 and S8+, and Android 8.0 (Oreo).

Here's a shortlist of apps that support this feature:

Before you enable the feature, you need to connect your Galaxy S8 or S8+ to a Bluetooth device. Bring the device near the phone (say, on your desk) and then follow these steps to connect your device:

Bluetooth turns on and your Galaxy S8 or S8+ searches for available devices. When your smartphone finds the device, connect the device by tapping the device name in the Available Devices list.

Now you can turn on the Separate App Sound feature. Here’s how:

Now you can test how well your app works with Separate App Sound by pressing the Home button to return to the Home screen, and then open the app. Depending on the app you selected, you may have to do something within the app to play sound, such as play a video in the Facebook app.

When you want to turn off the Separate App Sound feature, follow these steps:

Now the setting at the top of the Separate App Sound screen shows the feature is Off.