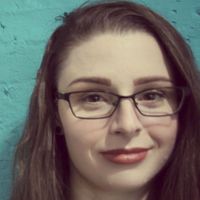 Kayla Matthews
Writer
Kayla Matthews is a former Lifewire writer who specialized in Android, gaming, and other topics. She's also a writer at MakeUseOf, Digital Trends and The Next Web.
our editorial process
Kayla Matthews
reviewed by

Ryan Perian
Lifewire Technology Review Board Member
Ryan Perian is a certified IT specialist who holds numerous IT certifications and has 12+ years' experience working in the IT industry support and management positions.
our review board
Ryan Perian
Samsung

Samsung Push Service is an app that sends brand-specific notifications to your Samsung phone. It might already exist on your phone, and if it doesn’t, you can download it from the Google Play Store and start using it right away.

If you use several Samsung apps, you might be happy to know that Samsung Push Service gives notifications for all of them.

When an app in the Samsung family has new information, you’ll see it through the Samsung Push Service. As a result, this app can be an easy way to stay in the loop about all things Samsung.

What Are Push Messages?

A push message is a notification that pops up on your screen even when you’re not using an app. Samsung push messages come up on your device in several ways. They display in your phone’s notification bar, show application icons at the top of the screen and generate text-based notification messages.


Then, you can adjust the app's notifications and permission settings there.

If you’re thinking about buying a new phone, you’ll want to know that Samsung is the brand behind some of this year’s most anticipated phones. However, some people aren’t happy the Push Service app is factory-installed on many of them.

Unnecessary apps are particularly frustrating when phones lack internal space, making users do everything they can to delete items they don’t need.

There are also reports that the Samsung Push Service sends advertisements to the gadgets, but there’s nothing in the official description of the app that presents ads as a possibility.

Avast included it in a 2017 report about Android phone apps and mentioned explicitly that Samsung Push Service depletes resources by draining the battery.

Users also say they continuously get notifications to update the app, and that those reminders annoy them.

How to Disable Samsung Push Service

Given the facts above, you might want to disable Samsung Push Service. You can do that by following these steps:

The instructions included in this article may not be exactly the same for all Samsung device, however, they should generally be the same.

Otherwise, tap on the Samsung Push Service entry in the app list again, then press either the Disable or Force Stop buttons at the top.

Bear in mind, however, that some users report that those buttons aren’t active on their devices, which is because Samsung Push Service is a system application. There’s mixed input about whether people can try to delete it or if they need to keep it on their phones, with most agreeing that it’s useless and won’t harm the devices.

If you solely use the internet on your phone by relying on its data instead of a Wi-Fi connection, you can disable Samsung Push Service so that it won’t run unless you’re on Wi-Fi.

If you’re sure you want to do away with Samsung Push Service for good, you should know that deleting it will require downloading a third-party app.