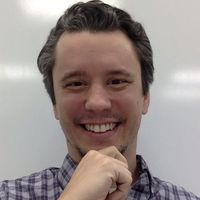 Recording video on your Mac is easy once you get the hang of it. Although there are plenty of commercial video editing applications out there, you don't have to start by buying one of them. Several apps that are capable of recording video ship with the Mac. Here are the different ways to record video through the various apps already on your Mac.

QuickTime Player is a free bare-bones version of the QuickTime video recording application. It comes installed on your Mac.

How to Record Audio on Mac: Learn More

How to Record on Mac Without Using an App

If all you want to do is record your screen activity, there's a way to cut out some of the steps of going through QuickTime Player.

Use the thumbnail that appears to trim, save, or share your new video.

Use Photo Booth to Take a Video

Photo Booth is another app you can use to take a video.

Use iMovie to Import Directly Into the App

Your final option for easily recording video on a Mac is by using iMovie. This app is more involved than the others covered here, but it gives you more freedom in editing your videos.

You don't need to go through this entire process each time you record a new clip. Every time you start and stop recording, a new clip is made. You can create several in a row.