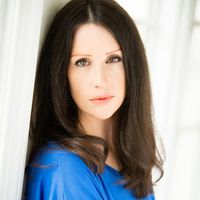 Lindsay Martell
After producing television news for years—much of it centered on national and international car shows—Lindsay transitioned to freelance writing, where she quickly gravitated toward automotive technology. She frequently contributes to sites like AutoTrader, AutoGravity, Lending Tree, and CarMax.
our editorial process
Lindsay Martell
Electric Vehicles

Got EV envy? Is that Tesla taunting you to bust out your wallet? Perhaps a Nissan Leaf is begging you to take a second look. EVs are all the rage, and they have significant benefits over gasoline-powered cars. So, what’s holding you back?

For many consumers, there are a handful of reasons why electric vehicles can be a tough sell. We’ve got the five biggest misconceptions (and mythbuster answers) about these eco-friendly rides.

That being said, a gas-only powered vehicle can often have a higher top speed, but it really depends on the make and model of the car. For example, EVs such as the Audi e-tron, Jaguar I-Pace, and the Ford Mustang Mach-E electric SUV have a top speed of a whopping 124 mph. And Audi’s 2022 e-tron GT clocks in at a staggering 154 mph.

The more affordable and popular Nissan Leaf takes just 8.4 seconds to hit 60 mph and has a top speed of 98 miles per hour. So, clearly, EVs have some good get up and go.

Gasoline-powered cars often might have higher top speeds but EVs are actually quicker to accelerate.

Let’s face it: In this era of distracted driving and road rage, getting behind the wheel of our car, whether EV or gas-powered, carries risk. Lots of it. However, if you’re wondering whether EVs themselves are dangerous, the quick answer is: probably not any more than a traditional car.

One of the biggest concerns with EVs is the potential risk of fire. Lithium ion batteries are extremely high voltage, which could jumpstart a potentially dangerous process called “thermal runaway.” This means the battery has become too hot and is sending heat to its surroundings, resulting in smoke, fire and potentially an explosion. Additionally, some auto industry experts have cited fast charging as potentially raising fire risks but there hasn't been any substantial data to support this theory.

While it's true that electrical fires can trigger longer-burning fires because of the size of the battery banks in the vehicle, there is plenty of longtime evidence to show that gasoline cars catch on fire as well.

At this time, it’s too soon to know for sure about concrete fire risks and whether or not they are greater than, less than, or about the same as the risks on traditional gas-powered vehicles.

Myth #3: EVs Are Too Small for a Family

Some folks mistakenly believe that EVs are sporty little rides geared more toward tech-y commuters in Silicon Valley than soccer moms in the suburbs. There are scores of EVs on the market that are roomy enough for families of all sizes, including the Kia Niro EV, Nissan Leaf, and Chevy Bolt, all of which seat 5.

EVs on the market today also boast tons of family-friendly technology, like infotainment systems with smartphone integration, and USB charging ports. Add in the typical frunk and EVs even come out roomier most of the time as well.

Too small for an average family? Nah.

Myth #4 Charging an EV Is Too Expensive, Takes Too Long, or Is Too Much Hassle

OK, so there may be a little bit of a learning curve when it comes to charging an EV. Yes, you need to charge it on a regular, if not daily, basis. Yes, it can take a little time, and yes, it can be a hassle—but only if you don’t understand what’s required of you as the owner of an electric vehicle.

Once you understand the basics, however, it’s not any more of a hassle than waiting in line at the nearest Chevron station, waiting to gas up.

Let’s tackle the ‘expensive to charge’ argument first. The Alternative Fuels Data Center explains the cost like this: If electricity costs $0.13 per kilowatt-hours (kWh) and the vehicle consumes 33 kWh to travel 100 miles, the cost per mile is about $0.04.

If electricity costs $0.13 per kilowatt-hour, charging an EV with a 200-mile range (assuming a fully depleted 66 kWh battery) will cost about $9 to reach a full charge. That doesn’t seem like much to fully recharge, especially with the national gas price hovering around $3.15 per gallon this summer.

So, yes . . . it can take time to charge an EV at home but if you’re sleeping while it happens, who cares?

As for the time it takes to charge? Well, that depends on the type of charging unit you’re using. A fast charger can fill most EV batteries to about 80% in less than 60 minutes, but that can add wear and tear to your battery, so it’s recommended you only do that when on long road trips. It’s an option, though, which means the old fears of ‘can’t charge an EV fast’ are out the door.

It’s a better idea to get in the habit of charging your car overnight, using your at-home charger.

If you think you need to reach 100 percent after every charge, you don’t. In fact, according to a 2020 University of Michigan study looking at the best ways to preserve battery life, a lithium ion battery shouldn’t drain to below 20 per cent or charge past 80 per cent.

This myth has been around since the first electric vehicles appeared on the market. There really isn’t much difference between gas-powered cars and EVs when it comes to reliability.

Data from sources like Consumer Reports shows that EVs in the $35,000-$45,000 range have a much higher reliability rating than luxury electric cars in the $75,000 and up range. Part of the reason EVs should be more reliable than traditional cars is the simple fact that they have fewer moving parts and aren’t as complex, but automakers just don’t have as much experience with EVs as they do with traditional vehicles. Plus, the technology is still new and evolving.

While it’s true an EV battery can fail, most automakers have an 8 to 10-year or 100,000 miles warranty on their batteries.

Also, don’t confuse reliability with lack of preparation: you need to charge your EV regularly (most recommended overnight, every night) to ensure it will take you to all the places you want to go.

Do your research, scope out the EV you want, and enjoy all the perks that come with driving an electric car.