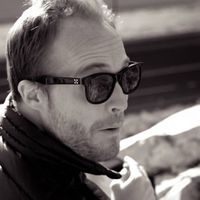 Sony's PlayStation 4 (PS4) is one of three major video game consoles currently on the market, alongside Microsoft's Xbox One and the Nintendo Switch. It was released in late 2013 as part of the eighth generation of the video game console. A follow-up to the PlayStation 3 and the wildly popular PlayStation 2, the PS4 packs more power in a smaller package than its predecessors.

Two upgraded models of the PS4 were later released in 2016: a Slim model that boasted a smaller frame and a Pro model, which offered more power.

All About the PlayStation 4

Following a less-than-successful run with the PlayStation 3, Sony was determined to correct its mistakes and release a console with the mass appeal of the PlayStation 2, which remains the best selling console of all time, and increased power and more features.

As with any new console, the PS4 offered better processing and graphical capabilities, but it also brought a number of cool features to the table.

The PlayStation 4 Slim was 40 percent smaller than the original PS4 and came with a number of cosmetic and design improvements, but featured similar hardware specs.

The PS4 Pro, which was released in November 2016, boasted a significant step up in processing power. While the original PS4 could only handle 4K-quality media content, the PS4 Pro could output 4K gameplay as well. Gamers can get better graphics, resolution, and rendering from the PS4, which was the most powerful console on the market until the release of the Xbox One X in November 2017.

The 9 Best PlayStation 4 Kids' Games of 2021
Was this page helpful?
Thanks for letting us know!
Tell us why!
More from Lifewire