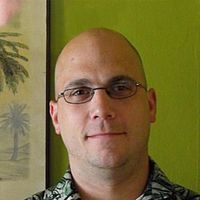 Just because you don't pay for a cable or satellite subscription doesn't mean you can't record and save content from over-the-air (OTA) broadcasts, which cab be picked up for free by any decent antenna. The most popular way to record OTA content is through a Digital Video Recorder (DVR), but it's not the only way.

Here we cover four ways to capture local news, sports, and other content received via antenna.

For any of these methods to work you will need a TV antenna.

Most of TiVo's set-top DVRs work with over-the-air (OTA) antennas. The TiVo Edge, TiVo Bolt OTA, and TiVo Bolt Vox can all capture, record, and save broadcast television from the likes of CBS, ABC, NBC, Fox, and PBS. Each box contains at least four tuners, allowing you to record four or more programs at once.

These boxes will cost you. The cheapest of the three, the Bolt Vox is $199.99, and that does not include a TiVo service plan. You will need a service plan to make full use of a TiVo DVR. The monthly plan is $15/month, and the yearly plan is $150. That may seem like a lot, but when compared to a cable subscription it's not so bad.

Channel Master is an antenna manufacturer that also sells a set-top box called the Stream+. Unlike TiVo, Stream+ includes access streaming apps and TV guide data without need for a subscription. There's just the upfront fee of the box itself, which is $150.

You'll need an internet connection to provide program guide information, which you also need to schedule recordings. You'll also need some sort of external storage device to store your recorded content. Channel Master offers a package that includes a 1 terabyte (TB) drive for a total of $200.

Where once you had to rely on a dedicated PC to watch OTA programming through a computer, you now only need a USB TV tuner. These handy little gadgets cost a little over $50, sometimes come with an antenna, and work with most PCs. When up and running, USB tuners can convert OTA broadcasts into clear digital streams. Some will do the same for OTA FM radio. Some USB tuners require heavy CPU loads to work well, so it's not surprising that user reviews are often pretty dismal.

Home Theater PCs (HTPC) used to be a popular way to record OTA content, but they're not very common anymore thanks to streaming devices, set-top boxes, and DVRs. But they're not obsolete. If you don't want to get a set-top box or don't trust the effectiveness of a USB tuner—and you're pretty good with computers—an HTPC may be a good route for you. You'll need an ATSC tuner card and a PC running software like Windows Media Center or SageTV. Despite the hurdles, some people find this method cheaper than a TiVo box and more reliable than a USB tuner.