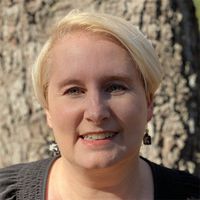 If you are looking to get the most power out of your Mac, you need to embrace the Mac's terminal and learn some helpful terminal commands. Most users are fine using menus and the mouse to control settings, files, and folders, but if you want to get down under the hood of macOS, terminal can get you there quickly and get the job done.

What is Mac Terminal and What Do You Do with It?

Mac terminal is an included program on macOS that allows you to use Unix commands (think DOS) to perform dozens of functions quickly and easily without any interference from the operating system. The technical term for it is a command-line interface (CLI). Using the terminal can be very powerful and efficient, but also dangerous.

Be very careful when using terminal commands. If misused, you could end up deleting files and folders faster than you can react (to the point where you might need to restore it from a backup.)

Terminal is sometimes compared to Windows command prompt program. They are similar; however terminal uses Unix commands to function. Windows uses its own command prompt language.

Some users (think IT administrators and developers) use the terminal because it can be faster than the graphical interface most of us use and, the real kicker, it allows access to functions not available through the regular macOS interface.

When using terminal commands, precision matters (including capitalization), so be careful of every character, even spaces.

Getting Started with Terminal

You can use terminal by opening Finder > Applications > Utilities > Terminal. A window will open, and you will see a command prompt ending with a $. The command line shown is ComputerName:CurrentDirectory ~Username$. At the top of the window, you will see the word Bash; it stands for 'Bourne again shell.' Bash is the language used for terminal on a Mac.

You are ready to start typing commands.

After every command, press the Return key to execute it. You can also copy and paste into the terminal window.

If you want to manipulate files and folders easily, here are some simple commands to use:

Keyboard Shortcuts to Use with Terminal

Work with Files and Folders

The Most Popular Mac Terminal Commands

As a bonus to our terminal cheat sheet, here are some of the most popular terminal commands to get the most out of your Mac.

There are times when you need to view hidden files and folders on a Mac, and there is a command for that.

To reverse the command above, change TRUE to FALSE.

To quickly download a file from the internet use the command below.

Not everyone wants their screenshots saved to the Desktop. With a single command, you can change where they go.

If you want to change the default file type of screenshots, use the following command.

Delete All Files in a Folder

You can easily delete all files in a folder using a single command. However, be warned there is no undo button, once you press Return, the files are gone.

You must include the entire path for the folder name.

Bash has a complete manual built-in, and you can access the pages through terminal using the “man” command.

For example, if you wanted to know how to use the cd command, you would type in:

You can scroll through pages of the manual by pressing the spacebar.

These are the most common commands, but there are thousands (you can even combine them into one series of commands) you can try in terminal to make your Mac experience more powerful and more enjoyable. But remember, there's a lot of power in these commands so make sure you type them in correctly.