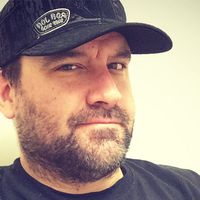 It’s no secret that this writer is a huge fan of mobile video production. The ability to throw an iDevice, a tripod, a small light, and a mic into a bag and heading to a shoot will never get old. Years of lugging around heavy cameras got old. Quickly.

Fortunately, we’re not alone here. The good folks at iOgrapher like mobile video just as much as we do. Their lineup of cases for Apple devices has transformed students, press, and pro videographers into mobile iOS shooters. Recent press has seen iOgrapher capturing Hollywood legends on the red carpet at the Sundance Film Festival, used for press shoots for the BBC, and down on football fields at every level.

Of course, the issue inherent with iOS devices and therefore iOgrapher, is that the camera changes with each new model of phone or tablet. They keep getting better. So with each new iPhone or iPad, we’re going to want a new iOgrapher. Well, the good news is, iOgrapher is meeting the challenge and developing new cases for these Apple devices and they just keep getting better looking and more functional.

Features of the iOgrapher Case

Both cases feature a sleek, elegant new design that uses an all-new easy-in, easy-out clip system to hold your iPhone secure while leaving it easy to get in and out of iOgrapher.

Other features include a standard 1/4” 20 thread for attaching a tripod or monopod to the bottom of the iOgrapher. If that isn’t enough, Periscope fans will love a second 1/4” 20 thread on the right handle, which allows for filming in portrait mode.

If tripod shooting isn’t in the cards the two-handle design allows for stable handheld shooting. If only iOgrapher made cases for DSLRs and larger cameras! It would be like a better featured Fig Rig.

In addition to those great features, the iOgrapher for the latest iPhones includes a 37mm lens thread for adding a lens from iOgrapher’s growing suite of optional lenses. They’re sold separately, but the prices are well below those Zeiss Distagons you had your eye on.

Atop the new iOgraphers for iPhone there are 2 cold shoes for mounting lights and microphones, which complete the transition from smartphone to pro video setup.

The real power of the iOgrapher is simply that - it turns a phone into a camera. And not a crummy one - a camera that can use external microphones, professional lights, and works with the phone or tablet’s internals to add features no pro camera includes. Using the iOS app Filmic Pro the device can capture high bitrate video with manual controls. Using Switcher Studio users can add a handful of other iOS devices to the mix to create a hardware-free live switchable multi-cam studio with streaming capabilities. Heck, using Premiere Clip it turns the iOS device into a portable camera with editing studio built in.

Now we’re talking about packing a mobile studio into a fanny pack. Try doing that with a RED EPIC WEAPON.