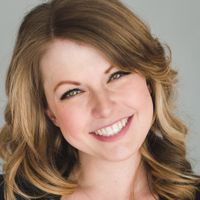 Apple TV provides a gateway to endless streaming content, movies, music, photos, and other media, but it comes with a remote that is sleek, small, and very easy to lose. As a backup option, Apple TV owners can use the free Apple TV remote app to make sure that they're never without a remote when they need one.

If you're using iOS 12 or later the Apple TV Remote is automatically added to the Control Center of your iOS device. This version works with Apple TV 4th generation or Apple TV 4K. If you're hanging on to an older Apple TV, download the free iTunes Remote app in the App Store and manually add it, which requires the Apple TV remote control. Download the app and pair it with your Apple TV before your remote is lost or runs out of battery.

Preparing to Use the iTunes Remote App

Before pairing your Apple TV with the iTunes Remote app make sure that both your Apple TV and your mobile device are running the most current version of their respective software.

If your iOS device runs iOS 11 or earlier, download the iTunes Remote app from the App Store on your iPhone, iPad, or iPod touch. Then you're ready to set up your Apple TV to work with your device.

If your iOS device runs iOS 12 or later, open the Control Center and tap the remote control icon. Choose your Apple TV and enter the four-digit code that appears on the Apple TV screen to pair the two devices.

Now that your Apple TV is paired to your mobile device you're ready to use the Remote app to control access to your Apple TV content.

Using the black Control screen is essentially the same as using the latest Apple TV remotes that come with the 4K version. The Remote app is an upgrade from older Apple TV remotes, allowing quicker scrolling and easier navigation.

The remote that comes with an Apple TV is, as most Apple products are, sleek and attractive. It is also prone to sliding between couch cushions or being misplaced due to its small size. Having the Remote app on at least one Apple iOS device means that when your normal remote is missing, you'll still have a way to use your Apple TV.

Older Apple TV remotes use small button batteries, which are easily replaced but not something most people keep on hand. A dead remote means no Apple TV, so owners of older versions can really benefit from the app. The more recent Remote app doesn't require line-of-sight visibility to your Apple TV box, which older Apple TV remotes need. This is great if your media is stored in a cabinet or behind your TV. It's also super handy for parents to be able to pause or start a show for their kids from another room.

The Remote App has one more huge benefit over the physical remotes that come with your Apple TV: When you need to enter text, the app provides a keyboard. No more scrolling across to select letters one at a time when you're trying to sign into a streaming app!