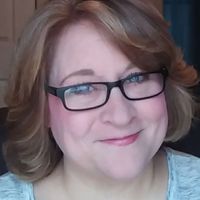 Tricia Goss
Writer
Tricia Goss has been a writer and editor for 10+ years. She's written tips and tutorials for Microsoft Office applications and other sites.
our editorial process
Tricia Goss
Smart Home

Having Amazon Alexa-enabled devices, such as the Echo, Echo Show, or Echo Dot, throughout your home helps you easily communicate with family members. Use an Echo in one room to "drop-in" on an Echo in another room so you can make announcements or talk to others as if you were on an intercom. Here's how the Alexa Drop-In feature works.

Drop-In works on all Alexa-enabled devices, except for the Amazon Tap and Echo Look. If you have a video-enabled Echo device, connect with both audio and video.

Set up Alexa Calling and Messaging on the Alexa App

To begin using the Drop-In feature as an intercom, first, enable Alexa Calling and Messaging on the Alexa app. You're prompted to do this when you download and install the app. If not, select Communicate from the bottom menu, enter your mobile phone number, and give permission for calling and messaging.

Enable Drop-In on Your Echo Devices

Drop-In is set to off by default, so you'll need to turn it on for your Echo devices.

How to Use Echo's Drop-In Feature as an Intercom

After you've enabled Drop-In on all your Echo devices, you can start using the Echo's Drop-In feature as an intercom.

When each Echo has a unique name, such as "Living Room" or "Kitchen," it's easier to know where your message is going.

Using Announcements is a great way to tell the family it's dinnertime or let everyone know it's time for bed. Use Announcements from any Echo speaker by saying a command such as:

You can also use the Alexa app to make an announcement, which is helpful if you're away from home:

When You Want to Avoid Interruptions

If you have a video-enabled device, but you don't want to use video during a Drop-In conversation, say, "Alexa, Video off." Alternatively, touch the screen and select the Video Off button.

Schedule Do Not Disturb for specific times and specific devices using the Alexa app.