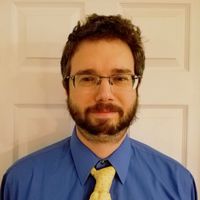 Jason D'Aprile
Writer
Jason D'Aprile has been writing about technology for over 26 years. His work has appeared on TV and in CNET, Playboy, Paste Magazine, and Techhive.
our editorial process
Jason D'Aprile
Email

Google added a dark theme to Android 9, but it was a half-measure that only worked on a short list of apps and functions. Their very own Gmail app wasn’t on the list. But with Android 10, Google has amped up the dark theme to increase its functionality and app compatibility.

As with all new Android OS releases, v10 is currently in very limited release. Owners of Google’s Pixel line of phones (including the Pixel 4) will benefit immediately. Hopefully, by the time you read this, Google will have updated the actual Gmail app for all Android and iOS users.

How to Enable the Dark Theme on Android

There are two ways to go dark on Android. The first is to toggle the dark theme on for the whole phone (again, it only works with certain apps). Gmail will automatically switch to the new theme. The second is to manually select it within the Gmail app itself. We’ll go over both methods.

One way to make Gmail display in Dark Mode is to activate the Dark theme on your Android device.

On some devices, turning on Dark Mode for the device won't necessarily make your Gmail app appear in Dark Mode. You may still need to enable this feature in Gmail.

Activating the Dark Theme in Gmail

If activating Dark Mode on your device doesn't automatically make Gmail display using a Dark theme, you can manually enable that.