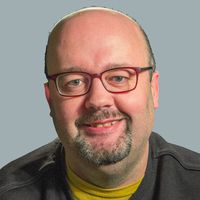 Mark O'Neill
Writer
Mark O'Neill has a tech writer and editor since 2004. His work has appeared in PC Magazine, Lifehacker, and several British newspapers.
our editorial process
Mark O'Neill
reviewed by
Christine Baker
Lifewire Tech Review Board Member
Christine Baker is a marketing consultant with experience working for a variety of clients. Her expertise includes social media, web development, and graphic design.
our review board
Christine Baker
iPhone & iOS
In This Article

Siri, the virtual assistant on iOS and Mac, can be helpful, but if you don't use it or you want to disable Siri for another reason, it's really easy to do so. Use the Settings app on your iPad or iPhone, or System Preferences on a Mac, to disable Siri.

Turning Siri off means that you can't use Voice Dial or any kind of voice control, including Dictation.

How to Turn Off Siri

To disable Siri on an iOS device running iOS 11 or above, go to Settings > Siri & Search and turn off each of the following (the buttons will turn white when disabled): Listen for "Hey Siri", Press Home for Siri, and (if you see it) Allow Siri When Locked. Confirm with Turn Off Siri.

On the message prompt about Dictation remaining on Apple's servers, tap Turn Off Siri. See the instructions below if you don't turn off Dictation at this step.

Turning Siri off on iOS 10 involves a slightly different process. Go to Settings > General > Siri, and toggle off Siri. Tap Turn Off Siri when asked to confirm your choice.

How to Disable Dictation Features on iOS

Since disabling Siri means losing the ability to use voice commands on an iOS device, it makes sense to disable the Dictation function on your iOS device as well since it won't work anymore. This is also necessary if you wish to remove all of your voice data from Apple's servers.

How to Disable Siri on macOS

Disabling Siri on a Mac is also fairly straightforward.

How to Disable Dictation Features on macOS

Like Siri on iOS, disabling Siri on macOS doesn't automatically remove all of your voice data from Apple's servers. For that, you have to turn off dictation.

Go to the Apple menu, select System Preferences, choose Keyboard, then select the Dictation tab to turn the feature off.

How to Turn Off Siri on AirPods
Was this page helpful?
Thanks for letting us know!
Tell us why!
More from Lifewire