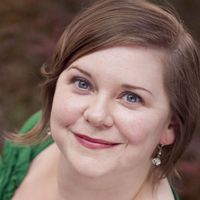 Have you ever been in the middle of a phone call and heard a strange sound, like a click or a static noise, and wondered if your phone was being tapped? If so, you're not alone. Many people are concerned that their personal and business communications might not be private.

Your smartphone may be vulnerable to tapping, especially if your device is jailbroken or rooted to take advantage of third-party apps.

The quickest way to stop strange behavior from a remote hacker, without shutting down the whole phone, is to put it into airplane mode to shut off cell data and Wi-Fi. This will let you handle the situation offline (remove apps, reset your device, etc.) while also stopping any network activity.

It can take some sleuthing to find out if you're dealing with a phone tap or some random glitches. If you've only noticed one of the signs listed below, then you may not be dealing with a spy app or other tapping device. But if you encounter several, then you may indeed have someone listening in on your calls.

If you hear pulsating static, high-pitched humming, or other strange background noises when on voice calls, it may be a sign that your phone is being tapped. If you hear unusual sounds like beeping, clicking, or static when you're not on a call, that's another sign that your phone is tapped. That being said, strange noises do crop up from time to time on cell and landline calls, so this isn't a surefire indicator that something is wrong.

If your landline phone emits a dial tone when it's on the hook, this may be a sign that it's been compromised.

If your phone’s battery life is suddenly a lot shorter than it used to be, or if the battery warms up when the phone is being used, it’s possible that tapping software is running silently in the background and consuming battery power.

If your phone's battery is over a year old, it may be less capable of holding a charge. In that case, there are steps you can take to improve your cell phone battery life.

Consider how often you've been using your phone. Have you been making more voice calls or using apps more often than usual? If so, that may be the reason your phone's battery is draining more quickly than usual.

If you can't think of anything you've been doing differently, you can use your phone's settings to get detailed information about what's hogging the battery, or download an app to get a clearer picture of what's going on.

Finally, check your app usage with the techniques mentioned, and then check again a few days later to see which ones have changed the most. If you used those apps often, then your usage is likely why they're using so much battery. But if you didn't use them a lot, then something strange may be going on, like a virus that has tapped your phone. Deleting the app is recommended.

Trouble With Shutting Down

If your smartphone has suddenly become less responsive or has difficulty shutting down, someone may have gained unauthorized access to it.

When shutting down your phone, check to see if the shutdown fails or if the backlight stays on even after you've completed the shutdown process. If that's the case, the culprit could be malicious software or a glitch due to a recent phone update.

If your phone begins turning on or off or starts to install apps on its own, someone may have hacked it with a spy app and could be attempting to tap your calls.

Another major sign that someone is trying to tap your phone is if you receive weird SMS text messages containing garbled letters and numbers from unknown senders.

The phenomenon of receiving a series of garbled letters and numbers happens because some tapping apps receive their commands via coded SMS messages.

Strange pop-up ads and unexplained performance issues could also point to the presence of malware or a tapping app. However, a more common explanation is that an annoying ad is trying to push products on you.

When you're not using your phone, the network activity icons and other progress bars at the top of the screen should not be animated. Moving icons that indicate activity could mean someone is remotely using your phone or sending data in the background.

Another way to tell if your phone is being tapped is if private data that's stored only on the phone has been leaked online. Notes, emails, pictures, or any other data that you've secured on your phone should remain there unless you intentionally release it to the public. If your phone is tapped, a hacker could remotely extract your data and post the personal files online.

It's not uncommon to encounter interference with your phone when it's around other electronic devices, such as a laptop, conference phone, or television.

It shouldn't happen when you're not actively using your phone, so check to see if you notice any static or interference when you're not on a call. Place your phone close to another electronic device and, if you hear unusual sounds, that may be a sign that someone is listening in on your calls.

Some tapping devices use frequencies that are near the FM radio band. If your radio emits a high-pitched sound when it's set to mono, and dialed to the far end of the band, your phone might be tapped and interfering with it.

The same is true for TV broadcast frequencies using UHF (ultra-high frequency) channels. You can check for interference by bringing your phone into close proximity with a TV that has an antenna.

If your phone bill shows an unusually high spike in text or data usage, this is another sign that someone may have hacked your phone.

If you just downloaded a new app that uses a lot of data, that could be a legitimate reason for the sudden uptick in data usage. Similarly, if you've allowed children to use your device while you're not around or not connected to Wi-Fi, that may be another cause for the increased data consumption.

But spyware and other malicious apps can use your cellular data plan to conduct their secretive transactions without your knowledge, so if you see a sudden burst in data activity on your phone bill and don't have a good explanation, call your carrier for help.

Third-party apps are a potential source for malware and spyware. If you've recently downloaded apps from anywhere other than the App Store or the Google Play Store, that's another cause for alarm.

Even if you're using the appropriate channels to download your apps, some scammers copy well known app names and icons when creating fake apps. So, before downloading, it's a good idea to run a Google search of both the app and its developer to make sure they're both legitimate.

Be cautious with any apps, particularly games, that request permission to access your call history, address book, or contacts list. If you have children, you may also want to enable parental controls to keep them from accidentally downloading malicious apps.