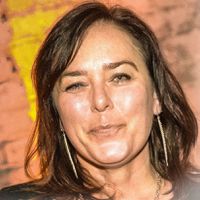 Christina Wood
Writer
Christina Wood has been covering technology for 15+ years. She has contributed to Family Circle, PC World, PC Magazine, CIO, Yahoo and many other publications.
our editorial process
Christina Wood
reviewed by

Ryan Perian
Lifewire Tech Review Board Member
Ryan Perian is a certified IT specialist who holds numerous IT certifications and has 12+ years' experience working in the IT industry support and management positions.
our review board
Ryan Perian
Texting & Messaging

Political text messages ramp up dramatically during election season. This article explains why you may be receiving these texts and how to block election text spam from politicians.

How to Stop Election Texts

There isn't a Do Not Call registry that stops political texts sent one-by-one via P2P technology.

However, because you know where the message is coming from, there is a simple way to stop future unwanted messages: Reply to the unwanted text with some variation of STOP, Opt-Out, Cancel, Quit, or Unsubscribe.

Never reply to a text when you can't identify the sender. If it's a scam, that just tells the scammer your number is active and you'll be targeted for more scam texts. In the case of political texts, you should know which campaign is sending the text and it should be okay to respond.

You'll likely get a confirmation message saying you've been removed from the list. You'll have to do this with every campaign that contacts you. You may have to opt-out of the same campaign a number of times, as your phone number may be on the phone lists of multiple staffers.

If that option doesn't work, you may also try:

Why Am I Getting Political Texts?

Some people choose to receive text message updates from a candidate or cause they support. Many people, however, have no idea why political texts pop up on their phones.

The truth is, campaigns really like texting. Voters largely ignore political ads on TV or social media, and it's easy to delete political emails. Political texts, however, are a way to reach potential voters directly. People look at new texts almost immediately and are more likely to respond to a text than to any other form of communication.

Texting is easy, cheap, and effective for campaigners. Politicians know they're giving their audiences information right from the source, unfettered by the confusing voices of social media and political pundits. With direct texts, campaigners steer the narrative for potential voters, raise funds, mobilize support, and offer polling location information.

While political texts are a great innovation for campaigns, recipients aren't as enthralled. Voters may feel that their personal space has been invaded when they are inundated with texts they never asked for.

Most people consider texting to be a vital and personal communication method. The reason you don't want political campaigns to reach you this way is the reason they want to use this method.

How Are Campaigns Getting My Phone Number?

When you receive an unexpected political text, you may be concerned that your personal information has been compromised somehow or that you're a victim of a data breach.

There's likely nothing subversive going on. Phone numbers are generally pulled from voter registrations, which are publicly available. Also, if you donated to a campaign or cause, or signed up for a newsletter, your number is in the records automatically.

It's also possible that your phone number was on a list sold to the campaign.

Technically, campaigners aren't doing anything illegal by sending these political text messages. While the Telephone Consumer Protection Act aims to protect people from unsolicited robocalls and text message blasts, this protection extends only to auto-dialed calls and texts.

Today's savvy campaigners use a technology called peer-to-peer (P2P) texting. P2P texting software sends text messages one-by-one to a large number of people. Because campaigners don't blast one text to groups of people at the same time, using these P2P platforms squeaks by the legal protections of the Telephone Consumer Protection Act, even when sending tens of thousands of texts an hour.

There are many P2P texting platforms. Get Thru, for example, allows a campaign manager to upload a list, create a message, divide the texting work among many campaigners, and track progress.