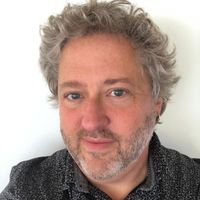 Lisa Mildon
Lifewire Technology Review Board Member & Writer
Lisa Mildon is a Lifewire writer and an IT professional with 30 years of experience. Her writing has appeared in Geekisphere and other publications.
our review board
Lisa Mildon
Windows

You launch an app or program, but it's running off-screen, and you're not sure how to retrieve it. However, you can move a window that’s off-screen in Windows 10 and macOS.

The instructions in this guide cover both Windows 10 and macOS computers.

Why Is the Window Off-Screen?

Typically, lost windows stem from removing a secondary display. For example, if you created a document on your main screen while searching the web on your second, the web browser remains positioned in that extended space even after you disconnect the secondary display.

How to Fix It When the Cursor Disappears in Windows 10

How to Move a Window That's Off-Screen in Windows 10

There are several ways to move a window that's off-screen in Windows 10. Some involve using different keys on the keyboard, while others involved adjusting settings within Windows 10.

This method uses the left and right arrow keys on your keyboard to move off-screen windows.

A similar method swaps out the Shift key for the Windows key. It also relies on the snapping feature that snaps windows to the sides of your screen.

This second method moves the missing window to three specific locations: Snapped to the right, to the center, and snapped to the left.

This version doesn’t use the Shift or Windows keys. Instead, the mouse cursor helps bring your lost windows back to the home screen.

Changing your screen resolution can pull lost windows into the main screen. These windows remain stationary on your desktop despite their hidden presence. You basically “zoom the camera” out until the missing windows appear in the frame.

Unhide Windows With the Desktop Toggle

This doesn’t require a series of steps. Simply press the Windows key+D. All programs and apps disappear the first time you type this combo. Do it again, and everything—including your missing windows—should reappear.

Use Cascade to Arrange Windows

This feature arranges all windows in a cascade, stacking the title bars like an old-school card catalog.

How to Move a Window That Is Off-Screen in macOS

Like Windows, there are several ways to move a window in macOS to find the one you're looking for. If you opened something and it's showing off-screen, try these tips to make it reappear.

Your lost window doesn’t change its position. By altering the resolution, you’re "zoom the camera" out until the missing window appears in the frame.

Forcing an app or program to relaunch on a Mac could bring the window back into view so you can access it again.

Use Window Zoom to Make a Window Appear

Unlike changing the resolution, this version zooms the app or program until it appears on your screen. Once it emerges, drag it fully onto your display.

Center the Window to Make It Visible

This is a simple, neat trick using your Mac’s Option key.