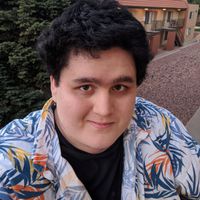 Lag or jerkiness in gaming is frustrating, especially when you're in the middle of an epic battle in Fortnite. If that's a problem for you and you want to fix Fortnite lag and learn how to make Fortnite run better, you're in the right place.

It's important to clarify what you actually mean by "lag." There are actually two types of lag relevant to gaming. We'll refer to them as "FPS lag" and "network lag."

Console gamers don't have many options for reducing FPS lag, since their graphical settings are locked. Your best bet in these scenarios is to either upgrade to the PS4 Pro or Xbox One X, which have improved game performance in all titles. Nintendo Switch owners should also switch to Docked mode whenever possible to maximize in-game FPS.

How to Fix Fortnite FPS Lag on PC

Before moving onto the platform-agnostic option, we're going to give a brief rundown of improving Fortnite performance for PC players. While there are in-game explanations for each of these settings, we're going to help you choose which to lower or disable first, and how you should be tweaking them.

If you don't care about tweaking and you just want the highest possible frame rate and the lowest possible input lag, go ahead and copy the settings you see in the screenshot above. Otherwise, read on and we'll walk you through each of these settings.

This step is pretty simple. Open Settings > Game and verify your Matchmaking Region is set to wherever is closest to you.

Set it to Auto and the game will usually take care of this on your behalf, but if you move around a lot or have an unusual network configuration, manual tweaking may be necessary.

How to Fix Fortnite Network Lag on All Platforms

Unfortunately, this is where we get to the hard part. If you've adjusted your in-game settings, but still experience network lag, you're going to need to go outside of the game to fix it.

Online multiplayer games are reliant on low latency to function properly. Poorly-configured networks are particularly problematic in this regard, since these increase latency.

In order to have the best Fortnite experience, you want to reduce your network latency in any way possible. Here are some ways to improve this outside of the game.

This will also reduce lag in other online multiplayer games.