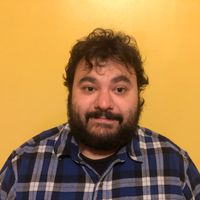 Daniel N. Martin
Writer
Daniel Martin is a writer and researcher with 10+ years' experience. He is a professional librarian and an experienced tech and information literacy teacher.
our editorial process
Daniel N. Martin
Consoles & PCs

You may find yourself sitting down to a new PS4 title only to have nothing show up on your HDTV screen. Should you experience your system failing to display any graphics or have difficulty connecting to the HDTV, you may be experiencing issues with your HDMI port. The HDMI port is what allows your PS4 to connect with your HDTV and provides you with the best sound and graphics available. A quick and simple PS4 HDMI port fix is in order. Try these troubleshooting steps to get your game back on the big screen in no time.

How to Recognize a PS4 HDMI Port Issue

There are a number of ways to tell if you're experiencing issues with your PS4’s HDMI port:

If you're experiencing any of these issues, there is a good chance that there is something wrong with your system’s HDMI port.

There could be a number of reasons why you're experiencing HDMI port issues with your PS4, including:

How to Fix an HDMI Port on a PS4

Troubleshooting is a process. Try each one of the steps below to see if it fixes your issue. If it does not, then go on to the next step.