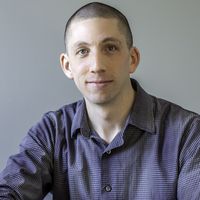 Steven C. Phillips
Writer
Steven Phillips is an IT professional with 20+ years experience. Since 2018, his work appeared on Komando.com, GeekCastRadio.com, and CupOfKudos.com.
our editorial process
Steven C. Phillips
Android
In This Article

Sometimes you need to multitask on your Android phone. Especially if you’re trying to refer to a text message for a code, or pull up that email password to log into an app on your device. So just how do you activate the split screen on Android? Keep reading to learn how to activate split screen and how to deactivate it.

The instructions in this article apply to stock Android phones such as the Google Pixel, and to Samsung Android phones from Android version 7.0 and higher.

How to Use Split Screen on Stock Android

It’s easy to activate the split screen option on modern versions of stock Android phones. On older versions of Android (pre-7.0), there were many extra steps to achieve this.

However on later versions of Android, this is a simple task, that's works with most third-party applications and requires minimal steps to achieve the goal of multitasking like a pro.

Split screen functionality has been around for some time although it's been known under the name multi-window in other flavors of Android.

How to Get Rid of Split Screen on Stock Android

When you're done multitasking with split screen or multi-window it's fast and easy to return your device to a single screen again.

In the split screen window, tap and hold the middle black bar dividing the two screens and swipe in the direction of the screen you no longer wish to use.

This will close that app allowing you to continue using the other program as the primary application.

How to Do Split Screen on Samsung Android

Producing the results on a Samsung device is very similar to the stock versions in that you also have to follow roughly the same steps.

If you want to use the split screen Multi Window in landscape mode, make sure Auto rotate is turned on and just turn your phone horizontally while in split screen view.

How to Get Rid of Split Screen on Samsung Android

When you're done using the split screen option on Samsung Android, it's fast and easy to return your device to a single screen again.

In the split screen window, tap and hold the middle dividing bar and drag it in the direction of the screen you no longer wish to use.

This closes that app allowing you to continue using the other in Full Screen mode.

Be More Productive With Split Screen on Android

There aren't many difficulties with multitasking and it can be a simple process to achieve split screen on Android as long as the apps you're trying to use allow it. Some programs will not run in split screen view. For example, games typically require a full screen view and complete device resources to operate properly.

Apps that don't allow split screen appear on a case by case basis. Many apps that come bundled with your device, or for productivity and business purposes should work using the steps above.