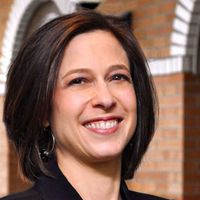 Karen Marcus
Writer
Karen Marcus is a former Lifewire writer who has also written for companies like HP, Intel, IBM, Samsung, and others.
our editorial process
Karen Marcus
Google Apps

Spreadsheets are made up of columns and rows, and to use them effectively it’s important to know how to change them to incorporate the information you want to track or the data you want to manipulate. If you’re using Sheets, making changes to the columns you’re using is easy. Here’s how it’s done:

How to Add Columns in Sheets

Say you’re working with some data and you see that an additional layer of information would be useful. You can add a new column to accommodate it.

How to Remove Columns in Google Sheets

Let’s say the new column isn’t working out and you want to remove it.

How to Hide Columns in Google Sheets

Instead of removing a column permanently, maybe you want to look at your data without that column just temporarily. In this case, you can hide the column.

How to Freeze Columns in Google Sheets

In a spreadsheet, it’s common to use the first column for identifiers of the information in subsequent columns. In our example, the first column (Column A) identifies cookie flavors, and the numbers in the rows next to their name represent their sales figures for each year. If you have a large number of columns, you might want to view those not currently in your screen while still keeping the first column open so you can still see the identifier. The method to use is called freezing. Here’s how to freeze columns.