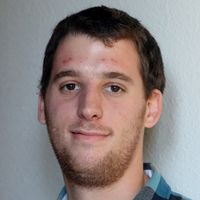 Discovery Plus launched on Monday, and while the streaming space may be jam packed as is, the new platform looks to provide a home for viewers who need a little reality in what they watch.

As the streaming war wages on heading into the new year, Discovery Plus made its debut on Jan. 4 offering a new home for a variety of shows that focus on real life. Programs from networks like HGTV, The Food Network, TLC, Animal Planet, and A&E can all be found on the new platform.

"True crime, different kinds of nature shows, home renovations… we certainly win in terms of volume and variety on that type of content,” Lisa Holme, who oversees Discovery’s streaming service, said during a phone call with Lifewire. “That is all we do."

What Makes Discovery Plus Unique?

Though a bit late to the streaming game, Discovery Plus will look to gain viewers with a model different from other platforms. New customers may flock to Disney Plus and HBO Max to catch the release of shows like The Mandalorian and movies like Wonder Woman 1984, but Discovery Plus hopes to educate, inform, inspire, and entertain with its content.

The new platform hopes to be a one-stop shop for television’s top non-fiction shows, movies, and documentaries.

"It’s the only service you can have on in the morning and keep on for the rest of the day," Holme said. "Discovery Plus is a great companion for you while cooking or doing other things around the house."

"If you are a fan of those kinds of shows then you will never run out of things to watch," she said. "Some services you watch a couple of nature shows and you’re going to be out… that’s not going to happen on Discovery."

What Does Discovery Plus Offer?

"With Discovery Plus, we are seizing the global opportunity to be the world’s definitive product for unscripted storytelling, providing households and mobile consumers a distinct, clear, and differentiated offering across valuable and enduring lifestyle, and real life verticals," David Zaslav, president and CEO of Discovery Inc., said in a press release announcing the launch.

He added the goal is to provide the most complete destination for real life entertainment.

In an interview with CNBC this week, Zaslav called Netflix and Disney Plus great products, but said that what Discovery Plus offers sets it apart from the rest.

What Does The Future Look Like For Discovery Plus?

The plan is to release 1,000 hours of original content on the platform during the first year across several of Discovery’s well-known brands. The shows focus more on lifestyle and relationships, home and food, true crime, adventure, and natural history, as well as science, technology, and the environment.

Along with Planet Earth, Blue Planet, and Frozen Planet, Discovery Plus will launch A Perfect Planet, a new five-part series narrated by David Attenborough that will explain how the forces of nature, including weather, ocean currents, solar energy, and volcanoes, shape and support life on this planet.

Holme said she was excited to see Discovery expand its catalog. “I think in the very beginning, customers will mostly see talent they are familiar with, but one thing I’m excited about is expanding beyond our known intellectual property,” she said.