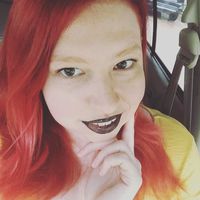 X-Plane 11 Global Flight Simulator at Amazon, "This 3D simulator brings one of the most genuine experiences for serious flight sim fans."

Microsoft Flight Simulator X: Gold Edition at Amazon, "Create your own routes, fly across the world, and even make your very own airplanes."

X-Plane 10 at Amazon, "There’s plenty of sky to explore in this vast and immersive experience."

Kerbal Space Program at Best Buy, "Build your own spacecraft as you take charge of the titular space program for an adorable alien race known as Kerbals."

Take On Helicopters at Amazon, "Experience the thrill of helicopters in one of the best immersive simulators out there."

IL-2 Sturmovik at Amazon, "Boasts one of the most intense experiences that recreates the harshest and deadliest air battles of WWII's Eastern Front."

Lock On: Modern Air Combat at Amazon, "Take over the helm of nine jets from the United States or Russia while taking part in realistic flight campaigns."

B-17 Flying Fortress at Amazon, "Get in the cockpit of the iconic World War II bomber and experience the long-range bombing as you lead a squadron of 12 bombers."

Rise of Flight: The First Great Air War at Amazon, "Experience the first world war and the beginning of aerial combat where everything was on the line and survival was slim."

4
Buy on Amazon Buy on Walmart

Experience the cockpit in X-Plane 11 Global Flight Simulator. This 3D simulator brings one of the most genuine experiences for serious flight sim fans with its thousands of airports and immersive landscapes including accurate weather and realistic cities. Even beginners can take to the skies with the smooth and easy-to-learn controls.

While setup takes a bit of time, it’s more than worth the wait the moment you set out in one of seven aircraft models. X-Plane 11 includes a completely new interface that boasts speed and accessibility for players of any skill level. This simulator comes highly recommended by professional pilots and can help prepare anyone interested in testing for their pilot’s license.

With impressive graphics and accurate details, flight enthusiasts of all kinds will be instantly immersed and lost in the highly detailed environments.

Take your flight simulation to the next level with the expansive Microsoft Flight Simulator X: Gold Edition. Create your own routes, fly across the world, and even make your very own airplanes.

Plus, with mission-based play, your time in the skies can last for hours at a time with over 80 assignments from around the globe. You can even extend your gameplay by downloading plane skins and purchasing add-ons from third-party developers. You can make the plane of your dreams with endless possibilities.

This game does require a powerful graphics card and processor which, combined with its high price, could cost you a pretty penny in the end.

Microsoft Flight Simulator: Gold Edition is available for Windows XP, 7, and 8 in standard and deluxe editions, the latter of which comes with even more cities, planes, and airports to explore.

As one of the most realistic flight simulators on the market, X-Plane 10 truly has it all. Flight sim fans will love creating their own plans or flying their favorites. From gliders to space shuttles, the options are endless.

You can change the flight conditions, play with different weights, and take off from thousands of airports from around the world. Want to fly with friends? X-Plane has a multiplayer functionality that allows you to race with real people to determine the true ruler of the skies. Or, jump online to play with other players and engage on various flight missions.

There’s plenty of sky to explore in this vast and immersive experience. Available for Windows, it requires, at the minimum, a dual-core, 2.5GHz or faster processor 4GB of RAM, and a graphics card with at least 1GB of VRAM.

Looking for an out-of-this-world experience that will take you to infinity and beyond? Get ready to take to the stars with Kerbal Space Program. Build your own spacecraft as you take charge of the titular space program for an adorable alien race known as Kerbals. Using accurate and realistic aerodynamics and orbital physics, this game makes employs you to explore space and keep your crew alive. You even have to engineer your ship to make sure it takes off.

Kerbal isn’t your typical flight simulator, but it’s a fun and engaging take on the genre nonetheless. It includes a ton of features that will test your creativity and keep you entertained for hours on end. Try out three different game modes — Science, Career, and Sandbox — each of which you'll want to play over and over again. Plus, there's a set of expansions and an enhanced edition to keep the game going.

Experience the thrill of helicopters in one of the best immersive simulators out there, Take On Helicopters. Built after 10 years of experience developing complex military simulators, this game puts players into an authentic helicopter experience, with stunning and rich landscapes serving as a backdrop.

With three helicopter models to choose from, players can improve their flight skills while taking on challenging mission-based gameplay. Experience the various skills and techniques needed for a chopper pilot from aerial crane lifting to ambulance duties to military transport. Looking for some multiplayer action? There’s an online mode, complete with built-in voice chat.

Though there are plenty of missions and modes to choose from, the environment is a bit restrictive. The only options are Seattle and South Asia. But it's ideal for flight simulator fans of all sorts, from novice to expert, nevertheless.

Take On Helicopters is available for Windows XP, Vista, and 7.

Earn your stripes in the amazingly realistic world of Strangereal in Ace Combat 7: Skies Unknown. Whether you’re ready to be struck breathless from the highly detailed animation or looking for intense aerial combat, Ace Combat is ready to bring it all.

This game combines current, real-life, and near-future weaponry that makes combat engaging and immersive. Weather and environment shape gameplay, posing a unique challenge to most competing flight simulators. Players can experience intense dogfights in player-versus-player (PvP) mode with a multitude of aircraft to choose from. Enhance your aerial combat experience with full 360-degree movement and unadulterated thrills.

The biggest downside is your mission rankings are based on time, which means your killstreak is not nearly as important as getting the mission done in a timely fashion, a notable departure from previous Ace Combat games.

Step back in time with one of the top World War II combat flight simulators out there: IL-2 Sturmovik. With an abundance of features and stunning graphics, this game is perfect if you’re looking for a combat flight simulator. Take on missions or face your friends in an intense multiplayer mode that includes up to 32 players in dogfight mode. This game takes combat to the next level by alternating between aerial and ground warfare.

This game boasts one of the most intense experiences that recreates the harshest and deadliest air battles of WWII's Eastern Front. Designed by Oleg Maddox, a former Russian Air Force employee and one of the most highly respected flight sim creators, you can expect a high-quality, war game experience.

Choose your side and your plane as you take flight in the aerial combat of Lock On: Modern Air Combat. Take over the helm of nine jets from the United States or Russia while taking part in realistic flight campaigns, special training modes, and multiplayer action with up to 32 players — both online and over LAN.

Looking to get creative? No problem. You can create your own combat scenarios using the Dynamic Battle Generator and spend hours as a combat pilot. There’s even a unique background story with a fleshed-out plot that puts you at the heart of the action.

While it has excellent action and gameplay, this may not be an easy game for beginning flight sim players to start with. The various controls and operations needed to learn could take quite a bit of time to master. It is also highly recommended that you own a high-end PC to handle the detailed graphics.

Lock On: Modern Air Combat is available for Windows 7.

Take control of a B-17 bomber and lead your very own squadron in B-17 Flying Fortress. Get in the cockpit of the iconic World War II bomber and experience the long-range bombing as you lead a squadron of 12 bombers.

Will you be the bombardier that zooms in on targets at 20,000 feet below or will you take down interceptors as a daring tail gunner? Perhaps you’ll take flight in a fighter jet as it escorts the B-17s. You can even join the Luftwaffe in trying to keep bombers from delivering their payloads. The endless options lend themselves well to history buffs and flight sim fans alike.

Though the graphics aren’t top-of-the-line, the flight quality and missions more than make up for it. That said, you'll want to make sure you have plenty of time and patience to learn the various controls and commands.

B-17 Flying Fortress is available for Windows XP, Vista, and 7.

The 5 Best Airport Simulation Games
10
of 10

The historical skies of 1917 await you in the historical simulator, Rise of Flight: The First Great Air War. Experience the first world war and the beginning of aerial combat where everything was on the line and survival was slim. Jump in the cockpit of the Spad XIII, the deadly Fokker D. VII, the Albatros D. Va, or the Nieuport 28.C1 as you navigate the deadly skies in pursuit of becoming an ace pilot and surviving dangerous missions. Play in career or campaign mode and gaze longingly at breathtaking visuals that truly take you out of this world and into the battlefield.

The level of detail put into this game is what makes it a true marvel. You can practically feel the wind as it buffets your plane. Lose yourself in the wispy clouds as you maneuver the skies. You can even try out the Mission Editor to make your own custom mission and keep the gameplay going on and on ad nauseam.

Our writers spent 12 hours researching and testing the most popular flight simulators on the market. All of this research adds up to recommendations you can trust.

What to Look for in Flight Simulators for PC

Plane selection - Each flight simulator game offers a different array of planes you can fly. A WWII game will have historical planes from that era, while games set in today’s time will have more modern jets. Some games even have the option to create your own flyer.

Detail level - The graphics of your game make all the difference. While part of it depends on the capabilities of your gaming system, the development of the game will also play a factor. The more realistic and detailed the graphics are, the more immersive the experience will be.

Add-ons - At their most basic, all flight simulators are the same. However, it’s the add-ons that really set one game apart from another. If variation is important to you, look for games with lots of different airports and landscapes. You can also alter the experience by manipulating the weather conditions, cargo weights, and airplane skins.