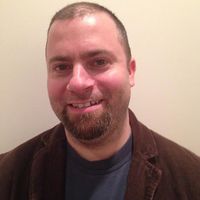 Once a niche alternative for health-conscious folks looking to sit less while working, the standing desk has gained more mainstream appeal since the pandemic forced many of us to set up home offices. Unfortunately, their previous boutique appeal means you'll typically pay a premium price for their benefits. Toss in the potential complexity of assembling them, and they can be more trouble than they're worth for those new to the work-from-home force.

Flexispot's Theodore Standing Desk breaks down these common barriers, offering an easy-to-set-up option that won't break the bank. Best of all, the $499.99 (currently selling for $479.99) desk isn't simply a cheap knockoff, but a full-featured standing desk that even boasts a few perks its pricier counterparts can't claim.

"The Theodore works perfectly as a standard desk, but also packs all the perks—and then some—of its upright competitors."

Set up and Stand

The first thing that struck me about the Theodore was how incredibly easy it was to set up. At 100 pounds, it was a bit awkward to lift and move, but that's on me for stupidly powering through that step by myself (please recruit a friend or family member for setup). Once I'd examined myself for pulled muscles, I had the desk up and running in under 30 minutes.

Instructions are included, but Flexispot's 43-second online video was all the help I needed. If IKEA boxes packed with particleboard and hardware bags have soured you on assembling furniture, prepare to be spoiled by the Theodore's simple, three-step process.

Its functions are equally uncomplicated, with two buttons used to raise and lower the motorized desk to your preferred height, as well as a trio of USB ports—two Type-A and one Type-C—that work as advertised.

If I had a gripe, it would be with the desk's build materials. While it's certainly sturdy enough, and sports an attractive walnut veneer finish, its surface feels a bit plastic-y. This, of course, is the primary reason it sports a lower price than its competitors. Again, it's far from a deal-breaker, but if you're expecting real wood, well, you'll want to consider upping your budget.

Space for Your Stuff

Beyond the high cost of a standing desk, it was always the lack of extra storage space that kept me from taking the plunge. It might sound silly, but years of owning cheap furniture with more shelves and compartments than I knew what to with convinced me I needed a place to put my junk.

The Theodore nicely answers the call here, with a long, wide drawer that's also a respectable 2.6 inches deep. It's not so much space that I can shove every eyesore into it when I have company, but it's just enough to allow the desk's surface to remain free of my few essentials.

Best of all, the drawer's integrated design doesn't take away from the desk's smooth lines, while its faux brass knobs nicely complement the dark veneer.

Of course, if you are looking for space to clutter, the Theodore's ample surface has got you covered. At 47.6 x 23.6 inches, it’s  got enough room for my PC monitor and keyboard, two game consoles, a headphone stand, several geeky collectibles, and a small cat bed (don't ask).

There's plenty of real estate beneath the desk, as well, with lots of wide-open space between the legs to park my chunky Secret Lab chair, as well as more game consoles and whatever unused box I can find to rest my feet on.

Speaking of putting my feet up, more often than not I use the Theodore from a seated position. This is by no means a knock against it, as using it as intended is both easy and ergonomic. On the contrary, it's one of the best compliments I can offer, as the Theodore works perfectly as a standard desk, but also packs all the perks—and then some—of its upright competitors.