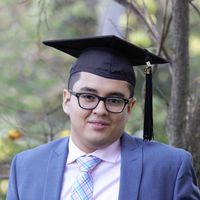 Unidentified network errors on your computer prove especially vexing because they're non-specific enough that they don't support an obvious troubleshooting strategy. However, Windows 10's networking subsystem is integrated enough that most unidentified errors resolve through standard network-troubleshooting procedures.

Steps in this article apply to a Windows 10, 8, or 7 device connected to an unidentified network, but still cannot access the internet.

Windows 10 has many cool features, like automatic Windows updates. However, some automatic updates to the operating system generate problems instead of addressing them.

When patches are installed they modify system files and, on some occasions, also affect device drivers. If any of these files are related to the network adapter on the device, it could be one of the reasons for errors like an unidentified network.

How to Resolve Unidentified Network Errors

When you troubleshoot a wireless problem, any of the devices on the network could contribute to the error. While troubleshooting the Windows device might not be enough, it's still the best place to start.