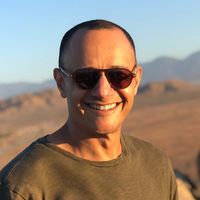 Basem Wasef is an auto journalist, North American Car and Truck of the Year juror, and a member of the Motor Press Guild who has logged thousands of hours in a diverse span of vehicles on some of the world’s most iconic roads and tracks.

In an ideal world, all electric vehicles would plug into the same kind of outlet. EV drivers wouldn’t have to think twice before charging up, and incompatibility would be a thing of the past.

Of course the world is a very different place, making the basic act of pulling up your EV for a charge is a potentially complicated process. While those standards will inevitably shift— after all, modern EVs are still rapidly evolving— here’s a guide to current different charging standards and how to make life with your electric vehicle as streamlined as possible.

EV Charging Levels at a Glance

Electric vehicle charging receptacles come in several forms, just as the home videocassette market saw warring VHS and Betamax formats vying for supremacy. These are still relatively early days for EVs, so what’s hot today may be passé tomorrow. That said, the easiest way to understand current charging standards is to break them down by speed.

The most basic (and often excruciatingly slow) charger is a Level 1, or the standard 110/120 volt plug you’ll find in any North American home. While slow, regular outlets are everywhere and available for a slow trickle charge in a pinch— though you’ll only add 3 to 5 miles of range per hour. This typically comes with an EV during purchase.

Level 2 chargers run at 240 volts, and can be installed by an electrician with relative ease to existing setups, just like a clothes dryer that runs on electricity. Expect a Level 2 charger to add approximately 25 miles of range per hour.

Level 3 is where charging speed gets serious. Also known as DC Fast Chargers, this standard (which encompasses Tesla Superchargers as well) requires a robust, DC (not AC) stream of electricity running in excess of 480 volts and 100 amps.

Because of these massive amounts of oomph, Level 3 units can fully charge a battery in as little as 20 to 30 minutes. Though they’re essentially unheard of in homes, DC chargers are ideal for commercial or retail setups where drivers can gain rapid battery replenishment so they continue driving lengthy distances without a long wait time.

Where Connectors Come In

J1772 is the standard Level 2 charging connector you’ll find on most vehicles. While capable of charging at Level 1 speeds, J1772 chargers are typically running at Level 2 in most residential, commercial, and retail settings.

CHAdeMO is an early form of DC quick charging that was established by a consortium of Japanese carmakers. Short for CHArge de MOve, or “move using charge,” CHAdeMO connectors appear alongside J1772 connectors in order to maximize charging options. However, these chargers have been waning in popularity and are unlikely to hold significant market share in the future.

Tesla uses proprietary connectors that link any Tesla vehicle to Level 3 charging. With over 23,000 Tesla Superchargers in the world, there’s a remarkably robust infrastructure open to those who choose to join Elon’s side. (Ed. note: Tesla is opening up access to its Superchargers for all EVs in late 2021.)

How Adapters Fit Into the Picture

If the conversation about EV charging has gotten uncomfortably complicated, don’t worry: It gets easier to navigate these waters once you’ve established a groundwork for how charging standards work with each other.

While some carmakers have chosen to wall themselves in by their charging standards, adapters can enable two otherwise incompatible connectors to charge a vehicle. However, many of these compatibilities seem to occur without rhyme or reason.

For instance, Tesla’s connectors are primarily proprietary, though CHAdeMO, J1772, and/or CCS adapters can be fitted for alternative charging sources.

However, it doesn’t currently work the other way around at a Tesla Supercharger, which is why you’ll only see Teslas there. Rather than relying on an adapter between, say, CCS and CHAdeMO units, most charging venues instead offer both connectors in order to optimize their use.

How Long to Expect Your EV Battery to Last
Was this page helpful?
Thanks for letting us know!
Tell us why!
More from Lifewire