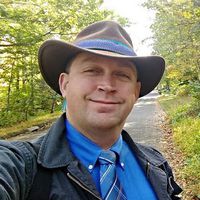 Myth Busted: Neither EVs nor Gasoline Cars Are Infallible

Since the first automobile went from production to daily driver to a cube at the junkyard, car and truck lifespan has been increasing. Notwithstanding a few outliers, such as Irv Gordon’s 3.2-million-mile 1966 Volvo P1800S and Matt Farah’s million-mile 1996 Lexus LS400, the increasing life of the typical car is encouraging. In 1977, the average American car was just 5.5 years old. By 1995, it was 8.4 years, and in 2020, the average reached 11.9 years.

That says a lot about today’s typical driver expectations and the technical advances implemented to meet them: People want cars that last. EV or gasoline-powered, they expect any car they buy today to be safe, efficient, and reliable years down the road.

Still, where and how any vehicle is driven and maintained has a significant impact on lifespan, regardless of how well an auto might be built. Harsh driving, overloading, corrosion, and neglect will destroy any vehicle before its prime, but well-maintained vehicles are no longer considered worn-out until they’ve reached at least 150,000 miles.

No vehicle is infallible but there are some things that tend to give EVs a better shot at a longer lifespan.

When you’re trying to decide between buying an electric vehicle or a conventional vehicle, there are several shared components to take out of the lifespan comparison. Both types include the following similarities:

Even so, major electric vehicle components are at least as good as their gasoline-chugging counterparts.

Electric motors typically have a single moving part, in comparison to several hundred parts in an engine. Electric motor maintenance is limited to coolant changes every 100,000 miles. Engines, in addition to coolant, require regular oil changes, air filters, and likely spark plugs in that time. Both motors and engines are proven to last upwards of 20 years.

Lithium-ion battery packs are expensive, but they last a long time. So far, the typical EV battery has been proven to last about 200,000 miles, nearly 20 years. Tesla is rumored to be developing an EV battery that will last 1,000,000 miles, much longer than the average vehicle, currently 11.9 years. Major EV makers report few battery replacements in the last decade.

Brake services offer an interesting comparison. Because electric vehicles use regenerative braking to slow the vehicle, the hydraulic brake system isn’t used as much. While conventional vehicle brakes last 25,000 to 65,000 miles, depending on vehicle type and driver habits, hybrid and EV pads and rotors are known to last much longer. Some hybrid and EV owners report their brakes lasting over 100,000 miles.

Electric vehicles’ simpler powertrains require less service, which actually makes required services more critical. How you drive, charge, and maintain your electric vehicle will play a big part in how long it lasts, just like it does with a gasoline-powered vehicle. There are two key areas to pay attention to.

Charging practices are critical. While the battery management system (BMS) manages charge rates to protect the battery, you can do your part by charging mainly on Level 2 chargers. You can use Level 3 charging stations on trips, but regular consistent usage of these high-power chargers will impact battery life.

EV Life Expectancy Is at Least Equal to Gas Cars

Given technological advances in both conventional and electric vehicles in the last decade, neither seems to have longevity issues. With responsible driving and maintenance habits, both should last at least a decade, if not much longer.

Government and automaker confidence seems to reflect the desire, if not the reality, of EV longevity. To help encourage confidence in EVs, federal rules now require automakers to cover major components, like the battery and electric motor, for eight years or 100,000 miles, while California extends that to 10 years or 150,000 miles. Some EV automakers even offer a lifetime guarantee, something practically unheard of in conventional vehicle warranties.

If you’re shopping for a new vehicle, it’s good to know you can choose any car that suits you best. Eventually, as pricing and availability become more competitive, it’s likely that not choosing an electric vehicle will seem like a risky bet.