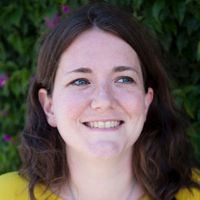 In the Apple iOS 11 update, the Control Center underwent an overhaul. Control Center is a central location for common and frequent tasks such as turn Bluetooth or Wi-Fi on and off, adjust volume, or enable screen-rotation lock. The utility is easier to customize than it was when Control Center first appeared as part of iOS 7.

Instructions in this article apply to iOS 12 and iOS 11. The major changes to Control Center started with iOS 11.

What Exactly Is Control Center?

Control Center appears when you swipe up from the bottom of the screen on an iPhone or an iPad. In iOS 10 and earlier versions, Control Center had two or more panes, and you could swipe left and right between them. The first pane had system controls such as brightness, Bluetooth, Wi-Fi, and Airplane mode, while the second pane held music controls (volume, play/pause, and AirPlay), and a third panel appeared if HomeKit devices were set up, with a button to control each device.

In iOS 11, Control Center is redesigned to keep everything on one screen. You won’t have to swipe back and forth between panes, but you will tap some Control Center items to expand items to full menus.

How to Customize Control Center in iOS 11

iOS 11 is the first version of the Apple mobile operating system that lets you customize what’s available in Control Center.

Some controls are built-in and can’t be removed, and others you can add, remove, or reorder any way you like. Here's a list of core tools you can use, but not modify:

The Airplane Mode setting disables Wi-Fi, Bluetooth, and cellular radios, which you need to do when traveling by air, although you can then turn Wi-Fi and Bluetooth back on manually. The button has an airplane on it, and it’s orange when enabled and gray when disabled.

The Cellular Data button has an antenna on it and is green when enabled. Turn it off to restrict the device to connect only by Wi-Fi; this is handy when you’re nearing the end of your data plan.

This button is blue when Wi-Fi is enabled, and gray when turned off. If the Wi-Fi network is down, for example, turn off Wi-Fi access on the device to force it to use the cellular connection instead.

This button is blue when Bluetooth is enabled, and gray when turned off.

To access AirDrop, force-press or long-press the square with the Airplane mode, Cellular Data, Wi-Fi, and Bluetooth buttons. It expands to a larger menu with two additional buttons. One toggles AirDrop on and off. When AirDrop is on, it’s easy to send and receive files from nearby iOS devices over the air.

When you long-press or force-press the Wi-Fi module, Personal Hotspot appears, which creates a Wi-Fi network that piggybacks on your cellular connection. For example, create a personal hotspot with an iPhone, then connect to the resulting Wi-Fi network with a Mac.

If an app on the device plays audio or video, the controls for it are in a music module in Control Center. The mini-module has buttons for Play/Pause, Back, and Forward, along with the name of what’s playing. When you force-press or long-press that module, it expands to offer more controls.

You can also send audio to an Apple TV or AirPlay speakers with the AirPlay controls, scrub through the playback, adjust the volume, and tap the name of the content to launch the corresponding audio or video app.

If you’ve ever tried to read while lying down and been frustrated when apps like Kindle or Tweetbot switch to landscape mode, open Control Center and tap the Rotation lock button. It displays a lock and an arrow that turns red when the feature is enabled.

Tap this button to put the device in Do Not Disturb mode, which prevents notifications from lighting up the screen or making sounds. To change the Do Not Disturb behavior (for example, to allow calls from favorite contacts to come through), go to Settings > Do Not Disturb.

Tap this button to mirror the screen to an Apple TV on the local network using AirPlay. This control can be a little confusing, since it’s for AirPlay screen-mirroring only and not for sending audio to AirPlay or Bluetooth speakers (those controls are in the expanded music module).

The brightness control is a vertical slider. Swipe up to increase the brightness, or swipe down to decrease brightness. If it’s too small to comfortably adjust, force-touch the slider to expand it to a full-screen view that’s easier to manipulate.

The main volume control is found here, as the same type of slider used for brightness. Every iOS device has hardware volume buttons on the side, so you might not use the Volume slider in Control Center so much.

Optional Controls You Can Add, Remove, or Reorder

Customize the Control Center with several other shortcuts:

This is a new feature in iOS 11. Tap Record and it turns red and counts down from three, giving you time to close Control Center. Then everything you do on your device is recorded as a video file.

To stop, either open Control Center and tap Record, or go to the Home screen, tap the Screen Recording in Progress banner, and tap Stop. The video file is saved to the Camera Roll, where you can trim it, share it, or send it to iMovie for edits.

Do Not Disturb While Driving

This feature is also new in iOS 11. Activate this feature so the iPhone knows you’re driving, and it won’t show calls, texts, or other notifications until you arrive and disable the mode.

Go to Settings > Do Not Disturb for more options, such as enabling Do Not Disturb While Driving automatically when you connect to the car stereo, or how the phone should auto-reply to texts to let contacts know you can’t reply.

The fourth-generation Apple TV has an app that mimics the Siri Remote functions, and you can add a Remote button to Control Center. Then, hard-press the Remote button (or long-press it on a device without 3D Touch) to display the full set of Apple TV controls that include Play/Pause, Menu, TV (which launches the TV app or returns to the Home screen), the Siri Remote trackpad, and the Siri Microphone button.

Tap the Flashflight control to light up the device’s rear camera flash, which stays lit until you tap the button again.

Ask Siri to set timers for you, open the Clock app yourself, or tap the Timer button in Control Center to open the clock app in the Timer tab.

Tap the Alarm button in Control Center to open the clock app in the Alarm tab.

The Stopwatch tab of the Clock app can have a button in Control Center.

Tap the Camera button to launch the Camera app. Long-press or force-press Camera to view shortcuts to take a selfie, record video, record slo-mo, and take a photo.

If you have HomeKit devices, add the Home button to Control Center, then tap it to see the HomeKit devices added to the iOS Home app. Tap each device to interact with it, or tap Scenes to enable scenes to control multiple devices at one time.

Guided Access mode disables touch input to parts of the screen, the device hardware buttons, and more. For example, teachers can disable the Home button on iPads so that students can’t quit the quiz app and look up the answers in Safari.

Control Center may have a Text Size button. Tap Text Size, then drag the slider to increase or decrease the size of the text in iOS. Text size controls are also found in Settings > Display & Brightness.

Add this button for a quick shortcut to the Notes app. Hard-press Notes for shortcuts to create a new note, checklist, photo, or sketch.

And add this button for a quick shortcut to the Voice Memos app.